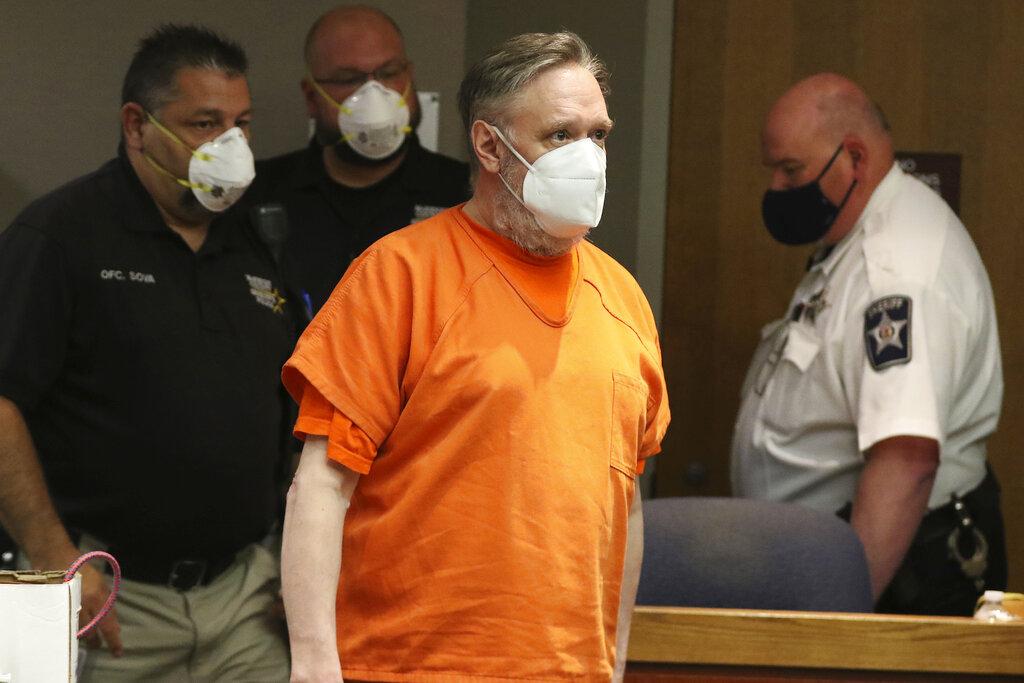 Andrew Freund is led into the courtroom for a hearing at the McHenry County Courthouse, Friday, Sept. 18, 2020, in Woodstock, Ill. Freund, who was charged with murder for his role in the beating death of his 5-year-old son, pleaded guilty Friday to reduced charges and was sentenced to 30 years in prison. (Matthew Apgar/Northwest Herald via AP, Pool)

CHICAGO (AP) — A northern Illinois man who was charged with murder for his role in the beating death of his 5-year-old son pleaded guilty Friday to reduced charges and was sentenced to 30 years in prison.

At a brief hearing, Andrew Freund Sr. pleaded guilty to felony charges of aggravated battery of a child, involuntary manslaughter and concealment of a homicidal death. In exchange, prosecutors agreed to drop first-degree murder charges against him in the April 2019 death of Andrew “AJ” Freund.

The boy’s mother, JoAnn Cunningham, pleaded guilty in December to first-degree murder and was sentenced in July to 35 years in prison.

The plea also calls for Freund to cooperate with investigators in the case against two former state child welfare workers accused of failing to properly investigate allegations of abuse of the boy. They were recently charged with felony counts of endangering the life of a child and reckless conduct.

Freund has long maintained that Cunningham killed the boy, and the plea agreement indicates that prosecutors believe him. Besides saying, “Yes, your honor,” when McHenry County Judge Robert Wilbrandt asked him if he was pleading guilty to the reduced charges, Freund did not make a statement. The judge sentenced him to 30 years in prison but explained that because of sentencing rules, Freund could be released after serving less than 19 years. He said the sentences for each count must be served consecutively. 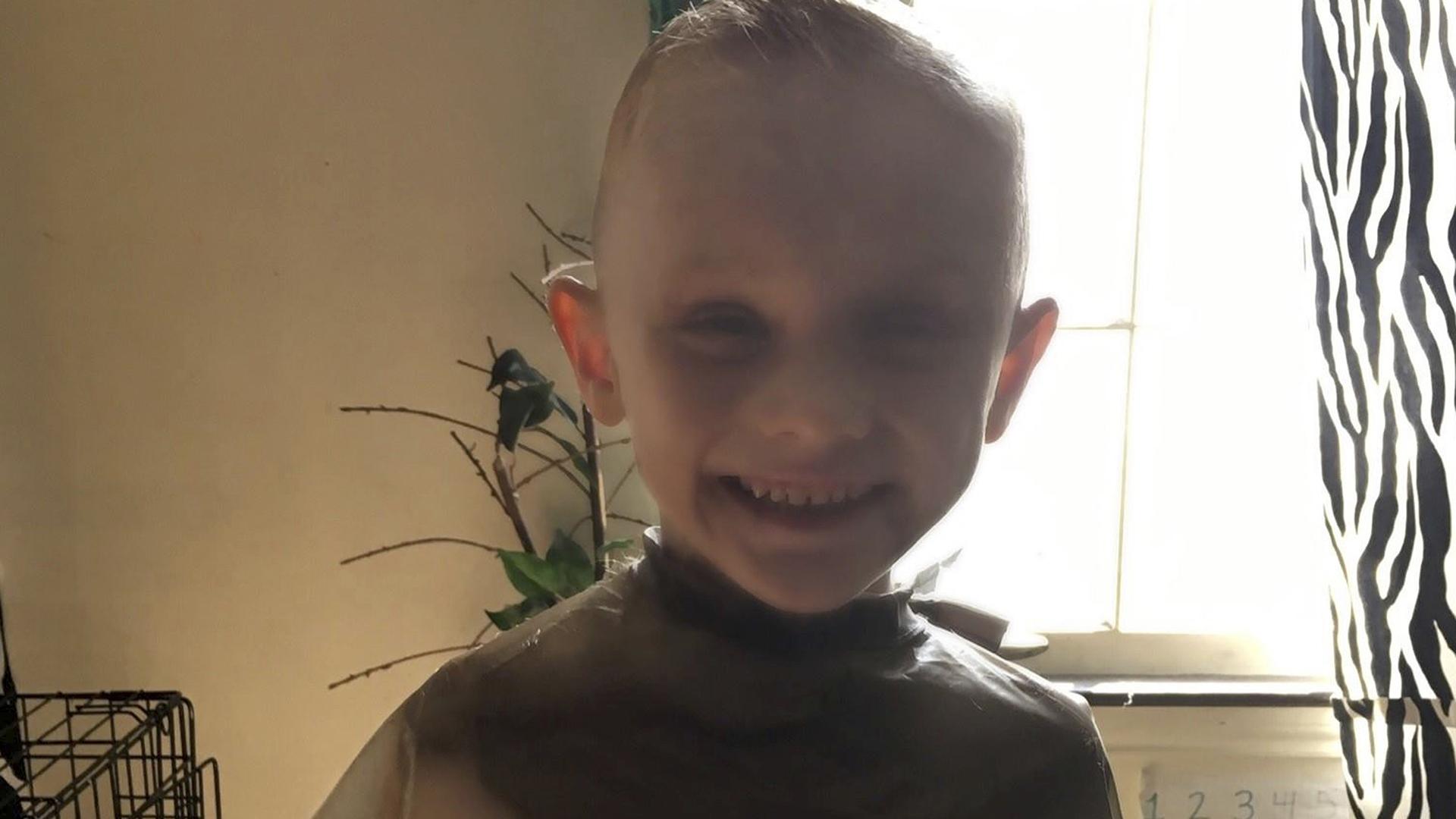 During the hearing, a prosecutor read statements that Freund had made to detectives in which he said he was not present when Cunningham killed the boy. He said he was called on April 15 of last year to the house by Cunningham, who told him AJ wasn’t breathing. He said that after his unsuccessful efforts to revive the boy, he kept the body in a plastic tote in the basement of the family’s Crystal Lake house before burying the boy in a plastic sheet two days later.

Friday’s plea has been widely expected for weeks, as attorneys in the case have said since even before a trial date was set that a deal was in the works and likely to be announced well before then.

One reason is that there was a mountain of evidence against both parents, starting with the fact that it was Freund who, days after reporting his son missing, led investigators to the spot where the boy’s plastic-wrapped body was buried in a shallow grave.

Freund immediately tried to minimize his role in the boy’s death. When confronted about a video on Cunningham’s cellphone showing AJ, bruised and covered in bandages, lying naked on a mattress with a woman believed to be Cunningham berating him for wetting his bed, Freund told investigators that it was Cunningham who had beaten him. He told detectives that previously he had suggested to Cunningham that rather than beat the boy to punish him, he should be forced to take cold showers.

At the same time, authorities had chilling evidence that at the very least Freund had engaged in an elaborate effort to cover up the slaying. That began with his frantic 911 call — at a time he knew the boy was already dead — in which he reported his son missing.

“We’ve checked closets, the basement, the garage, everywhere,” Freund told the dispatcher, adding that he had scoured the park, a nearby school and a “local gas station down here where we sometimes take him to buy treats.”

Then came the discovery of text messages the boy’s parents exchanged after Cunningham killed the boy but before his body was found. Authorities said they suspected the two had hoped police would find the messages.

“Give the boys a kiss and hug for me,” Freund texted Cunningham, referring to AJ and his brother, in one of the texts that included a discussion of plans for decorate Easter eggs and what they might do to improve AJ’s behavior.

But even if it was Cunningham and not Freund who beat his son, the evidence against the mother suggested that Freund did nothing to stop years of almost unimaginable physical and emotional abuse. Ultimately, they found, Cunningham locked AJ in his room, where with his brain swelling, he choked on his own blood and died. 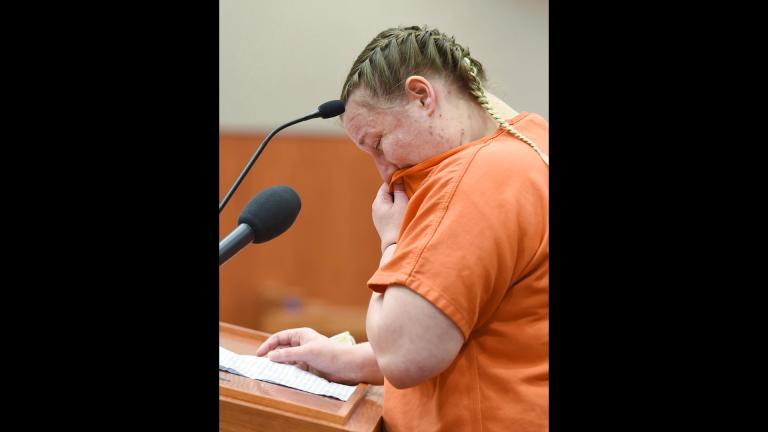 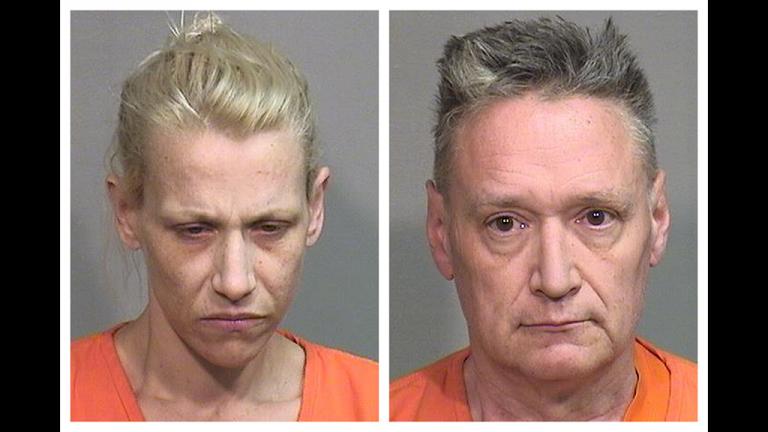 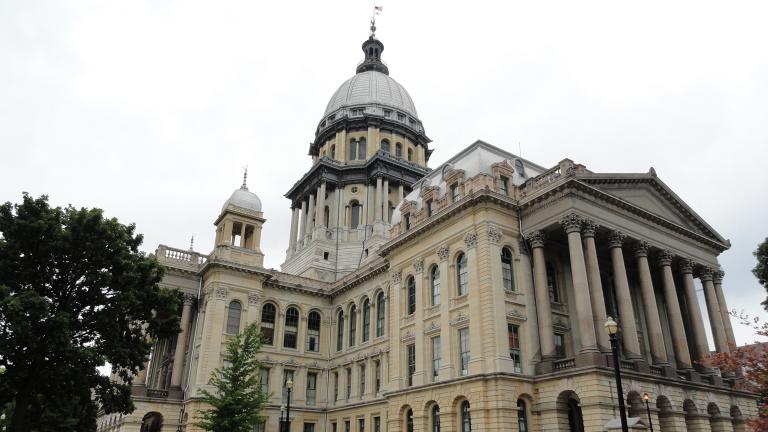