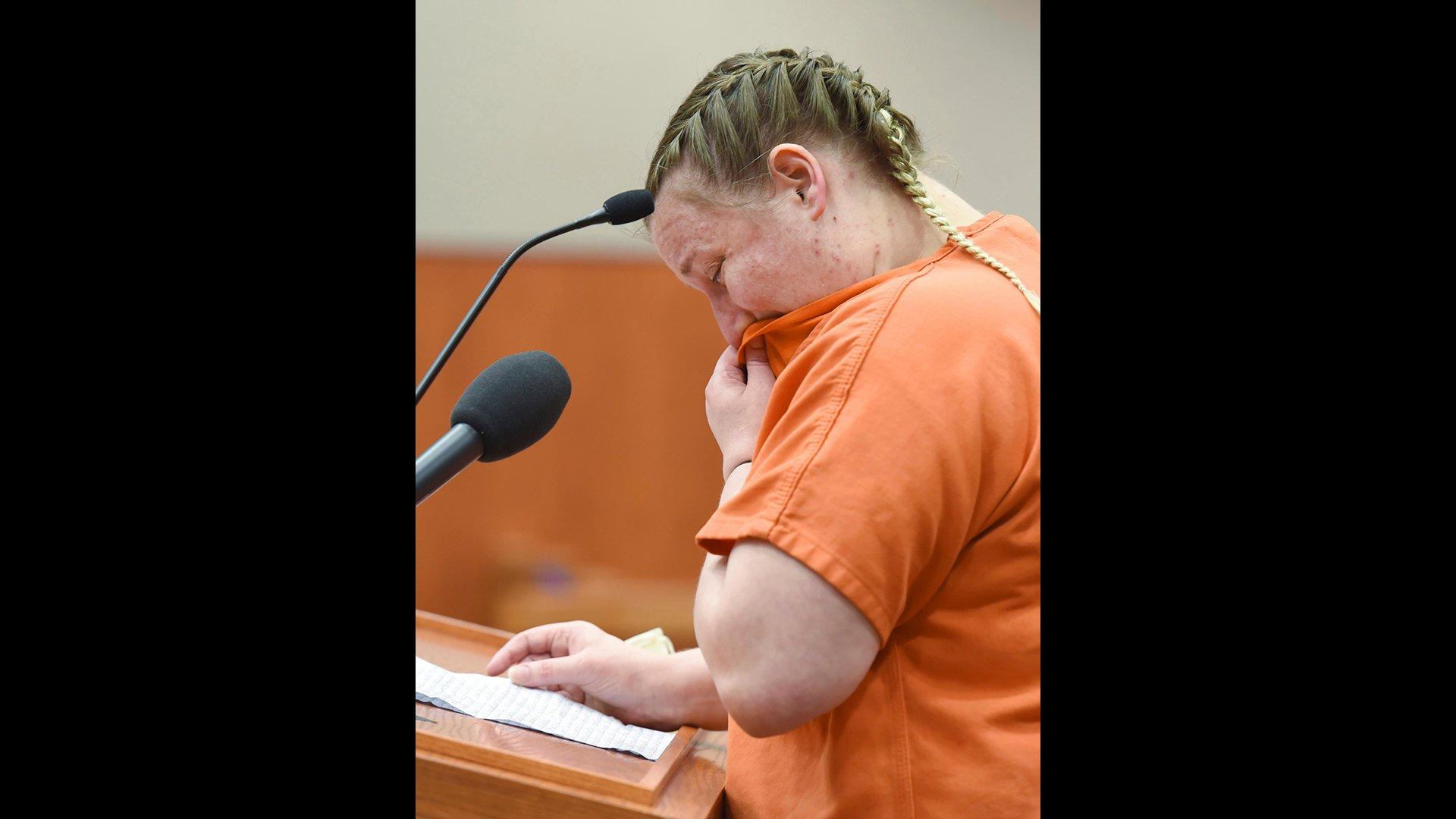 In this July 16, 2020 file photo, JoAnn Cunningham, cries and wipes her nose during her sentencing hearing in Woodstock, Ill. On Friday, June 17, 2020 Cunningham was sentenced to 35 years in prison for beating her five-year-old son to death in April of 2019. (John Starks / Daily Herald via AP Pool File)

WOODSTOCK, Ill. (AP) — A suburban Chicago woman who pleaded guilty in her 5-year-old son’s death is challenging her conviction and 35-year sentence, saying she had postpartum depression and psychosis when she killed her son.

JoAnn Cunningham, 39, of Crystal Lake, claimed in her petition for post-conviction relief that she did not receive adequate counsel. She claimed to have been seeing demons and believed her son was possessed by a demon, and said she sought an exorcism from a priest, a chaplain and AJ’s father, Andrew Freund, The Northwest Herald reported.

McHenry County Judge Robert Wilbrandt, who sentenced Cunningham, said Friday he has 90 days to decide whether the post-conviction petition has merit. If relief is granted, it could result in Cunningham’s guilty plea and sentence being set aside and a date could be set for a new trial.

If Wilbrandt finds her claims are warranted, he then would assign Cunningham an attorney and allow prosecutors to provide their input, the judge said during a hearing Friday.

At the time of AJ’s death, Cunningham was pregnant and she gave birth to a daughter while in the McHenry County Jail. That child and another son, who was about two years younger than AJ, were placed into foster care. Cunningham is incarcerated at the Logan Correctional Center in Lincoln.

Andrew Freund, 63, pleaded guilty to involuntary manslaughter, aggravated battery of a child and concealment of a homicidal death. He was sentenced to 30 years in prison and is incarcerated at the Illinois River Correctional Center in Canton.

Authorities have said that on April 15, 2019, Cunningham became angry with her son when she found soiled underwear he tried to hide. He died after she forced the child to stand in a cold shower for at least 20 minutes, hit him in the head with the shower head, then put him to bed cold, wet and naked, according to authorities.

His body was found wrapped in plastic and concealed in a shallow grave near the family’s home in Crystal Lake.