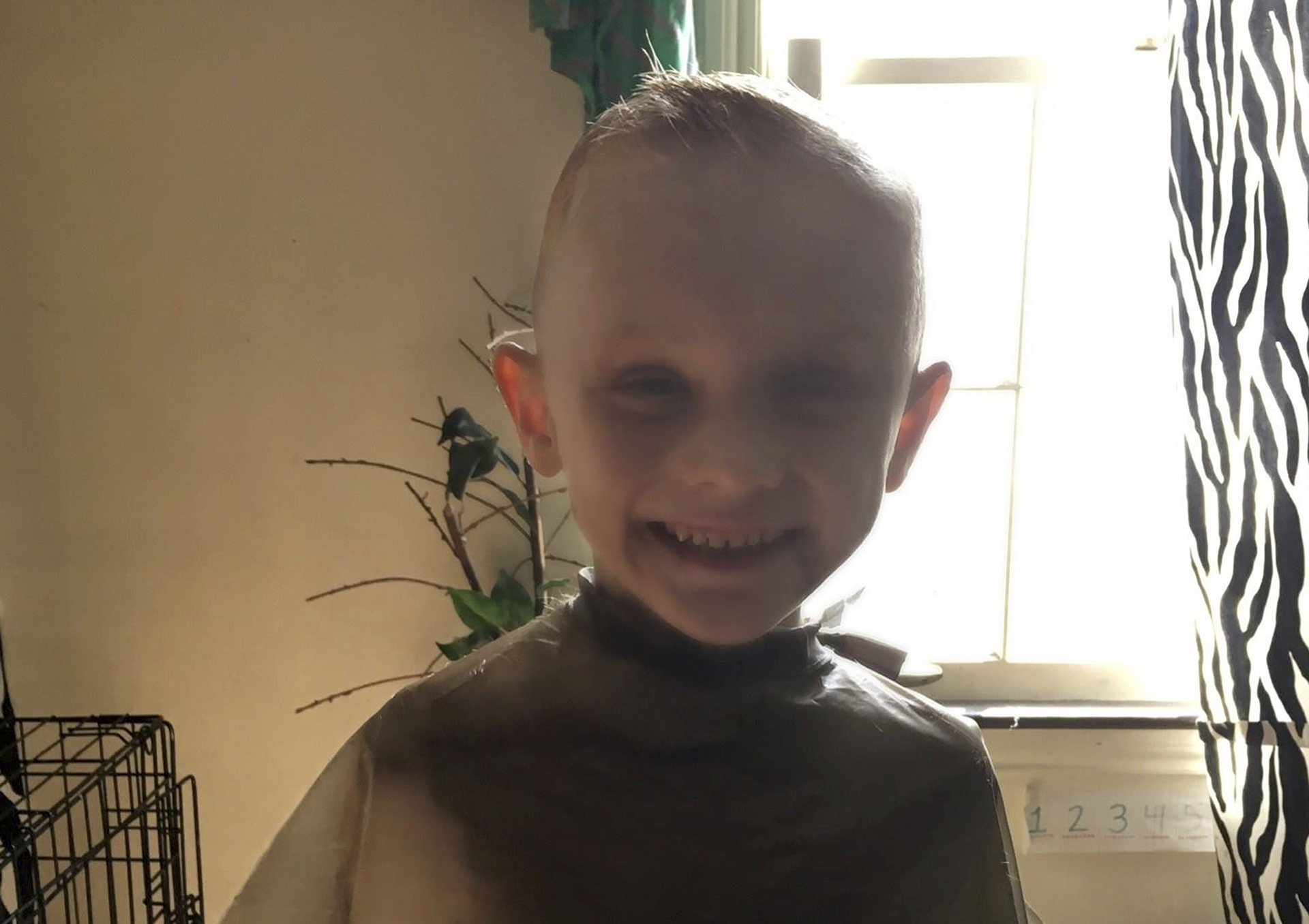 CHICAGO (AP) — The voice of a 5-year-old boy who was beaten to death and buried in a shallow grave filled a northern Illinois courtroom Thursday during a hearing in which a judge will decide if his mother, who admitted to killing the child, should die in prison.

McHenry County prosecutors played a tape of an argument between JoAnn Cunningham and Andrew “AJ” Freund two weeks before his death in April 2019.

The boy, who prosecutors said Cunningham beat long before his death, can be heard on the tape telling his mother that he would like to have “really bad people” do bad things to her so she would leave him with his father.

“Why do you want those bad people to hurt me?” Cunningham can be heard asking.

“So I don’t ever see you again,” AJ answered, according to the Northwest Herald.

Cunningham and family members sitting behind her in the courtroom cried as the tape was played.

The hearing is expected to end on Friday with McHenry County Judge Robert Wilbrandt sentencing the 37-year-old mother. Cunningham has pleaded guilty to first-degree murder in her son's beating death.

McHenry County State's Attorney Patrick Kenneally said Cunningham should receive the maximum 60-year sentence — meaning she would die in state prison — for what he says was years of physical abuse that ended with AJ's murder. The boy's battered body was found in a shallow grave, not far from his Crystal Lake home just days after his parents reported him missing.

The story started with hope that the missing boy in the photograph, a smiling kid, a baseball cap pulled tight on his head, would be found alive. After an intense search of woods near the family's home turned up nothing, hope turned to fear, and concern for the parents quickly turned to suspicion when they stopped cooperating with investigators.

A few days later, Cunningham and the boy's father, Andrew Freund Sr., were arrested and charged with first-degree murder in the death of their son.

The hearing began Thursday with a prosecutor reading statements from neighbors who noticed the boy with cuts and bruises years before his death. The first witnesses included a Crystal Lake police officer who saw a bruise on AJ’s hip four months before he was killed. An emergency room doctor testified to seeing the bruise the same day.

Authorities have revealed that a video on Cunningham’s cellphone dated March 4, weeks before the boy's death, showed AJ lying naked on a mattress covered in bruises and bandages. On the video, a woman can be heard berating him for wetting his bed. Authorities believe that woman's voice belonged to Cunningham.

When investigators confronted Freund with that video, he led them to where his son was buried in a shallow grave, his body wrapped in plastic.

An autopsy revealed that the boy had been struck multiple times and died from blunt force trauma. Then came the heartbreaking details of the boy's life in the days, weeks and years before he was killed.

According to court documents, Freund — who has pleaded not guilty — told police that it was Cunningham who beat the boy and that he had suggested they punish AJ by making him take cold showers instead.

On the night the boy died, he was put in the shower after Cunningham found soiled underwear that AJ had tried to hide, authorities said. The autopsy found that bruises on his face matched a detachable shower head, indicating he was not merely forced to stand under freezing water but was beaten in the shower, according to published reports at the time.

Freund told investigators that he put the boy to bed “cold, wet and naked." The father said Cunningham later found their son unresponsive, according to court documents.

Freund admitted that he put AJ's body in a plastic container and stored it in the basement to be buried later. A shopping list included “duct tape, plastic gloves, air freshener and bleach,” according to a photograph contained in a search warrant.

Court documents tell of a boy who was in danger his entire life. Tests at birth revealed he and his mother had opiates in their systems, prompting the state's Department of Children and Family Services to take the baby into custody before returning him to them some 20 months later.

Then came the repeated visits by child welfare workers to the dilapidated house that reeked of dog feces. Those visits typically ended with the child welfare workers determining that the allegations of neglect were unfounded and leaving without the boy, despite what appeared to be pleas by police that they do something, anything.

For months, the family's rundown but otherwise unremarkable home stands as a silent reminder of the little boy's short, painful life. In March this year, crews arrived and demolished the house, erasing the building if not the memory of what happened there.