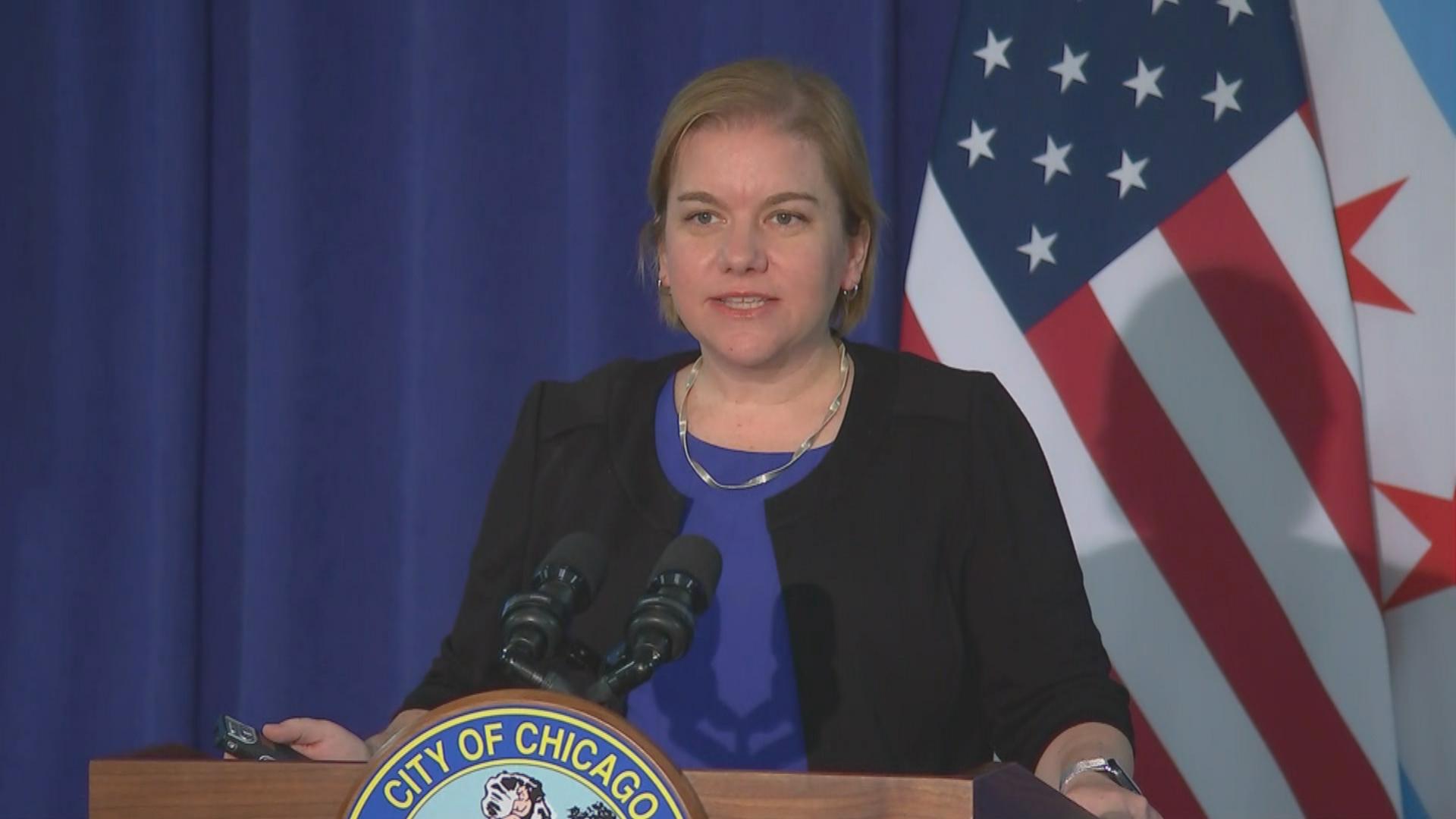 Dr. Allison Arwady, the commissioner of the Chicago Department of Public Health, provides an update on the city’s quarantine order on Tuesday, Sept. 15, 2020. (WTTW News)

Chicago has begun making “definite progress” against a surge of coronavirus cases concentrated among young adults and Latinos that began after city officials allowed businesses, restaurants and gyms to reopen, said Dr. Allison Arwady, the commissioner of the Chicago Department of Public Health.

Visitors to Chicago from Utah will be required to quarantine for two weeks starting Friday, while visitors from Florida, Hawaii, Idaho, Nevada, North Carolina and Texas will no longer have to isolate themselves, city officials announced Tuesday.

Wisconsin was not added to the city’s quarantine order, although Arwady warned again that the Badger State was on the verge of being added back to the order if confirmed cases of the coronavirus continue to increase.

“I want to highlight that Wisconsin has had the most cases that it has had at any point since COVID broke out last week, and they are having percent positivities that range from the 13% to 17% range, and problems across the state,” Arwady said, urging Chicagoans not to travel to Wisconsin.

Travelers from states included in the quarantine effort, which are averaging more than 15 cases per day per 100,000 residents, must stay “at a single designated home or dwelling for 14 days before doing any activities outside of the home or dwelling,” according to the mayor’s office.

The Midwest is now the center of the pandemic, Arwady said.

Those who violate the quarantine order could face fines of $100-$500 per day for a maximum fine of $7,000, according to the mayor’s office. However, city officials have said they are relying on an education campaign, rather than an enforcement effort. No one has been cited for violating the order, but warning letters have been issued, Arwady said.

An average of 263 Chicagoans have been diagnosed each day with the coronavirus during the past week, down from 308 cases a week ago, according to Chicago Department of Public Health data last updated on Monday. The city’s average test positivity rate is 5.2%, according to the data.

“We have seen, broadly, quite good mask adherence in Chicago,” Arwady said. “There is always room for improvement, but compared to what we’re seeing in other parts of the country and even the state, I think that has remained reasonably good.”