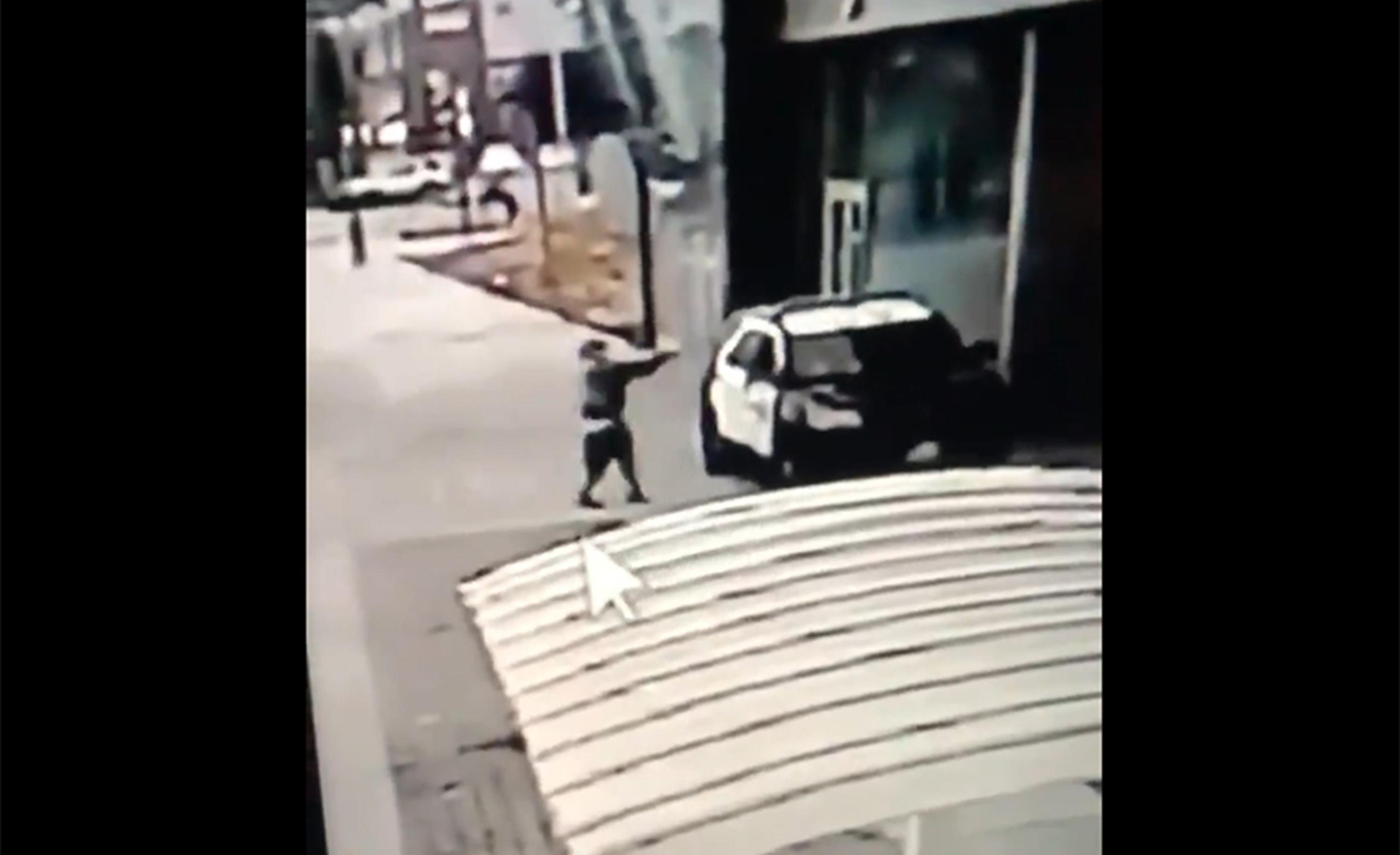 LOS ANGELES (AP) — Authorities searched Sunday for a gunman who shot and critically wounded two Los Angeles County sheriff’s deputies who were sitting in their squad car — an apparent ambush that drew a reward for information and an angry response from the president.

The 31-year-old female deputy and 24-year-old male deputy underwent surgery Saturday evening, Sheriff Alex Villanueva said in a late-night news conference. Both graduated from the academy 14 months ago, he said.

“They performed in an admirable fashion in spite of grave adversity,” Villanueva said Sunday during a conversation with local religious leaders. “God bless them, it looks like they’re going to be able to recover.”

He said the wounded female deputy was able to get help for the male deputy by calling in on the police radio despite having been shot.

“They’ve survived the worst,” he added.

The deputies were shot while sitting in their patrol car at a Metro rail station, the sheriff said. Villanueva, whose department has been criticized during recent protests over racial unrest, expressed frustration during his Saturday night briefing over anti-police sentiment as he urged people to pray for the deputies.

“It pisses me off. It dismays me at the same time,” he said.

The department tweeted video of the shooting that shows a person approach the parked patrol car on foot and shoot through the passenger-side window.

“The gunman walked up on the deputies and opened fire without warning or provocation,” the department stated.

An extended version of the video reviewed by the Los Angeles Times shows the shooter running away in the direction he came. He turns a corner out of the frame, past a second figure lingering on the sidewalk, according to the Times. It’s unclear if the second person was involved in the attack. A sheriff’s department spokeswoman declined to comment, citing the ongoing investigation.

Moments after the shooting, the passenger door opens and a deputy stumbles out, hand on head, according to the newspaper. The driver’s-side door opens soon after.

The video sparked a reaction from President Trump who responded on Twitter, “Animals that must be hit hard!”

“This cold-blooded shooting is unconscionable and the perpetrator must be brought to justice,” Democratic presidential candidate Joe Biden tweeted. “Violence of any kind is wrong; those who commit it should be caught and punished.”

A handful of protesters gathered outside the hospital where the injured deputies were being treated. The protesters tried to provoke deputies stationed outside and at one point were prevented from entering the emergency room, Bishop Juan Carlos Mendez with the Churches in Action group told the TV station KABC.

“Unacceptable behavior. The hospital should be a sanctuary, we should leave hospitals alone,” he said. Mendez and members of his group gathered nearby in prayer for the wounded deputies.

Although the sheriff’s department tweeted that the protesters were blocking emergency entrances and exits to the hospital, video showed only a handful of men outside, some taking video on their phones.

A radio reporter who was near the protest scene was taken into custody. The sheriff’s department later tweeted that the reporter interfered with the arrest of a male protester.

“The female adult, who was later identified as a member of the press, did not identify herself as press and later admitted she did not have proper press credentials on her person,” the department stated.

After being released, Josie Huang, a reporter for public radio station KPCC, a National Public Radio affiliate, said on Twitter Sunday that she had been covering the sheriff’s news conference when she returned to the hospital after hearing protesters shouting. She was wearing her press pass and called out to deputies that she was press, she said.

One of several videos Huang said she shot moments before her arrest showed two men carrying red, black and green flags and yelling at deputies outside the hospital while a few other people stood by recording on their cellphones.

Huang tweeted that she began walking behind deputies who were following the small group of protesters.

“I was filming an arrest when suddenly deputies shout ‘back up.’ Within seconds, I was getting shoved around. There was nowhere to back up,” Huang said on Twitter. In another video, Huang can be heard shouting “I’m a reporter… I’m with KPCC” as she falls to the ground.

The executive editor of the station, Megan Garvey, expressed outrage over the arrest and said her reporter appeared to be wearing her credentials and had shouted her KPCC affiliation. NPR’s Editorial Director Nancy Barnes said the network was “appalled” by the arrest of a reporter doing her job.

The office of the Los Angeles County Inspector General, which oversees investigations and actions of the Sheriff’s Department, has opened an investigation into the reporter’s arrest.

Meanwhile, the search for the gunman continued. Sheriff’s officials announced a $100,000 reward for information leading to an arrest.

Capt. Kent Wegener said Saturday that officers were blanketing the area in search of the suspect seen on the video opening fire with a pistol.

“We have a very, very generic description,” he said.

The incident happened around 7 p.m. a short distance from the Compton sheriff’s station south of downtown Los Angeles.

Protesters have railed against the LA Sheriff’s Department for weeks over recent shootings by deputies, including the killing of a man on a bicycle last month. There was no known connections between the recent shootings and Saturday’s ambush and investigators are “chasing all leads,” Villanueva told the Times.

“Of course, there’s an important conversation going on about policing in this country, but these are folks who put their lives on the line for us, and we will find justice for them,” Los Angeles Mayor Eric Garcetti said on CNN Sunday.

Illinois Judge to Rule on Rittenhouse Extradition to Kenosha 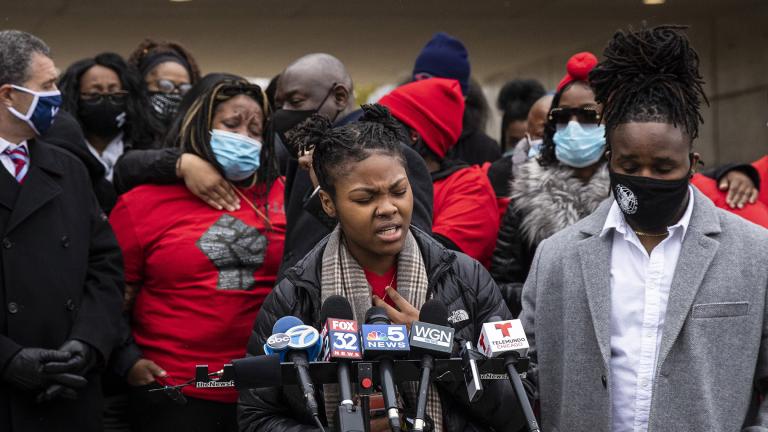 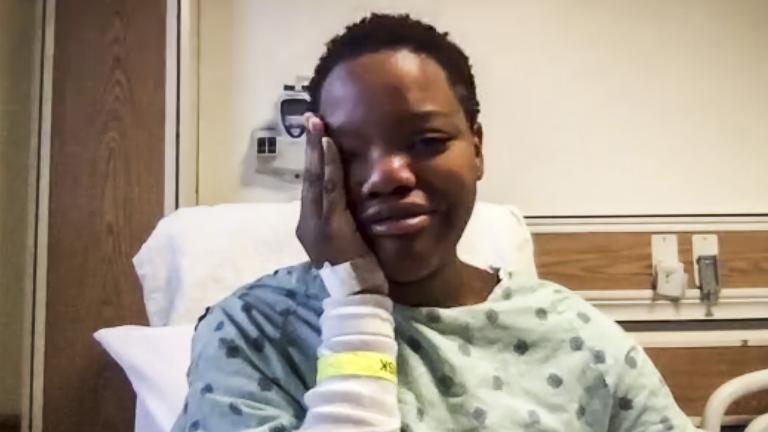