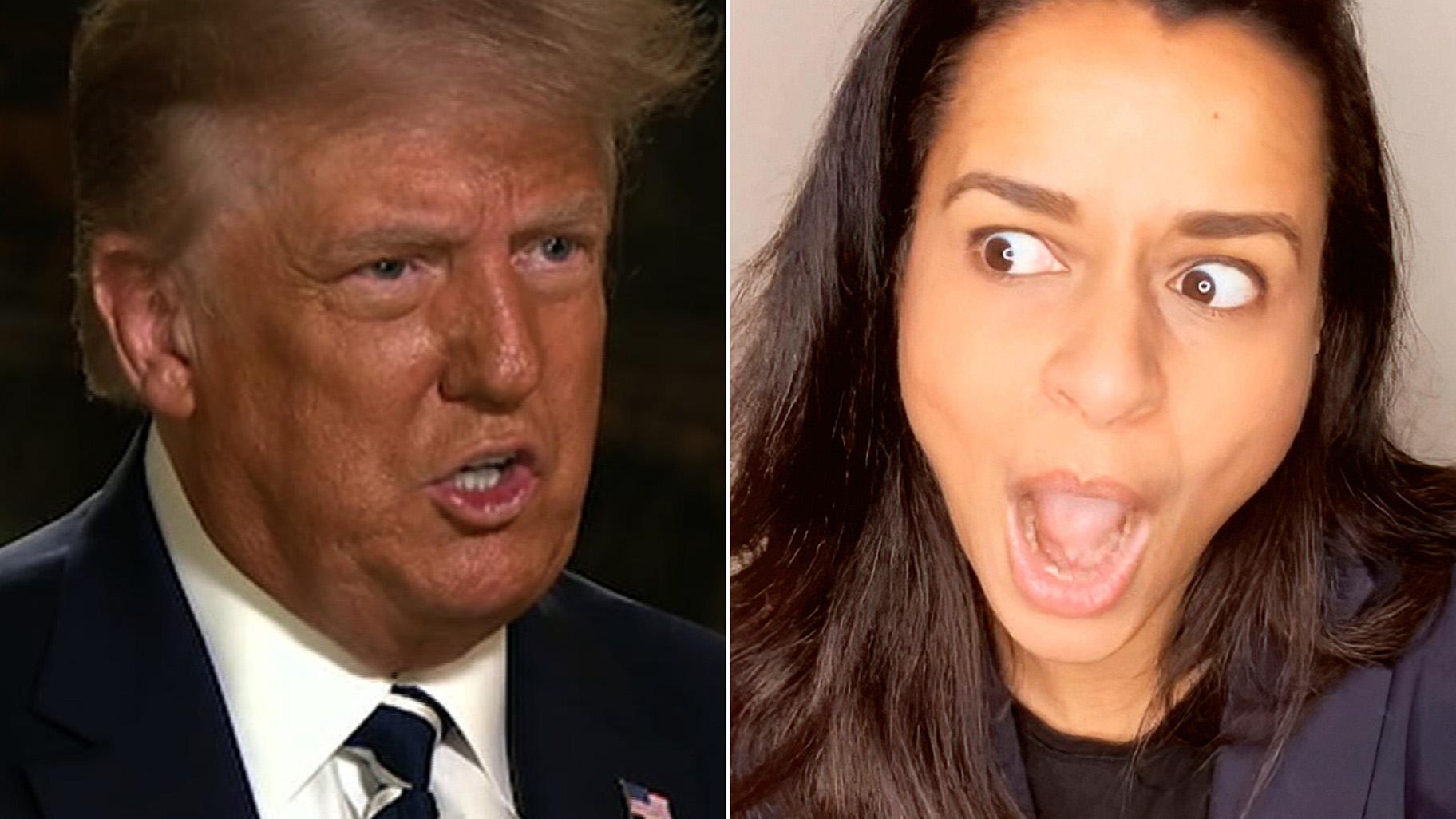 (CNN) — Comedian Sarah Cooper has become an internet sensation with her viral lip-synched trolls of President Donald Trump’s speeches and interviews. Her TikTok fame got her a gig filling in for Jimmy Kimmel earlier this month, and she has a Netflix special coming out in the fall.

But the target of Cooper’s ridicule hadn’t been asked what he thinks of the videos … until Sunday.

In a preview of a Fox News interview that will air Sunday at 9 pm ET, host Steve Hilton asked Trump if he had seen Cooper’s parody.

Hilton told Trump he thought the president would find them very entertaining.

Hilton acknowledged that Cooper “doesn’t mean it to be positive.”

Cooper has garnered a huge social media following since going viral in April 2020 for her satirical Trump impressions. She has been retweeted and praised by a multitude of entertainers, including Lin-Manuel Miranda, Ben Stiller, Halle Berry, Chrissy Teigen and Cher.

Cooper’s “How to Medical” video has been viewed more 20 million times and counting. The video parodies Trump’s suggestion that health experts examine whether light and disinfectant should be put inside people’s bodies to cleanse them of coronavirus.

Prior to her online success, Cooper was a writer and correspondent on the CBS All Access pilot “Old News,” produced by Stephen Colbert. She is also the author of the best-selling books “100 Tricks to Appear Smart in Meetings” and “How to be Successful Without Hurting Men’s Feelings.”