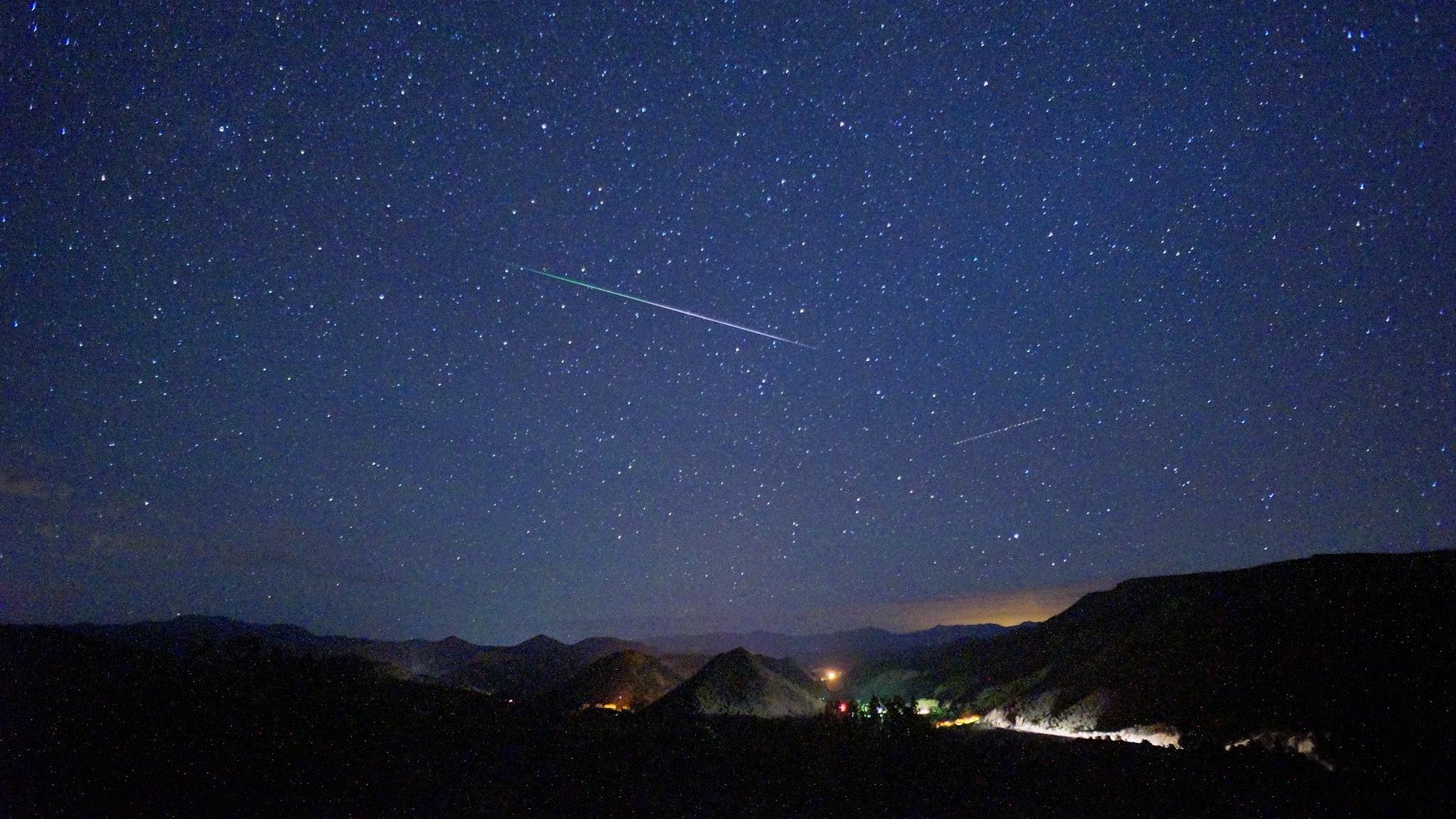 Not to be outdone by that Johnny-come-lately, comet NEOWISE, the annual Perseid meteor shower is taking over Tuesday night as the headlining act in the sky.

The Perseids are a highly anticipated astronomical event every summer as Earth passes through the debris trail of comet Swift-Tuttle and some of those particles enter our atmosphere.

The peak of the shower will be Tuesday night into Wednesday morning, but there have already been reports of early Perseids with bright trails observed from Chicago, according to Joe Guzman, aka, Chicago Astronomer.

Here’s how to catch the best view of these colorful fireballs.

When to watch: Perseids typically increase in number after midnight. The catch in 2020 — and you knew, this being 2020, that there would be a catch — is that the current phase of the moon will make for a less-than-optimal meteor show due to its brightness. According to NASA, reduced visibility due to moonlight means people will likely see 15-20 meteors per hour instead of 60-100.

It’s best to start watching at 11 p.m. for an hour of moonless glare, said Guzman. Even with the three-quarter moon in our skies, the brighter meteors will glow nicely, he added.

The earlier evening hours might even offer a rare glimpse of what’s called an “earthgrazer” — a long, slow meteor traveling low on the horizon.

Keep in mind that Perseids will still be around for 10 days or so after the peak mornings, though in considerably reduced numbers. Starting on or around Aug. 17, moonless skies will give the meteors more room to shine before they disappear around Aug. 24.

“You may be rewarded with a nice glowing particle from the depths of space,” even post-peak, Guzman said.

A very bright meteor over Newgrange last night. The Perseids will peak over the next few nights so you might catch a glimpse of the show if the skies are clear! #Perseids2020 #Astrophotography #PerseidMeteorShower #newgrange #irelandsancienteast #astronomy #meteor #newgrange pic.twitter.com/G6W1JJZwuK

Where to view: The darker the location the better, especially to catch the fainter Perseids, Guzman said. But city dwellers will still be able to enjoy the brighter meteor streaks without needing any binoculars or telescope, he said.

Set up in a spot shielded from streetlights and porch lights, Guzman advised, and be sure to put yourself in the moon’s shadow, too. Then it’s as simple as looking up in a northeast direction.

“They manifest in a flash and are gone just as quickly and can appear anywhere in the sky,” he said. “The planets Mars, Jupiter and Saturn will join the moon while sky lovers are chasing meteors.”

How to watch: Be patient. Give your eyes time to adjust to the darkness and plan for at least an hour of viewing. Meteors tend to come in bursts, with plenty of lulls in between. And remember, meteors are part of nature, and there’s no predicting or rushing nature.

You can even enjoy the Perseids indoors, if that’s more your style. Weather permitting, NASA will be filming the show via a camera set up at the agency’s Marshall Space Flight Center in Huntsville, Alabama. A live feed will be available on the NASA Meteor Watch Facebook page starting at approximately 8 p.m. Tuesday and continuing until sunrise on Wednesday.