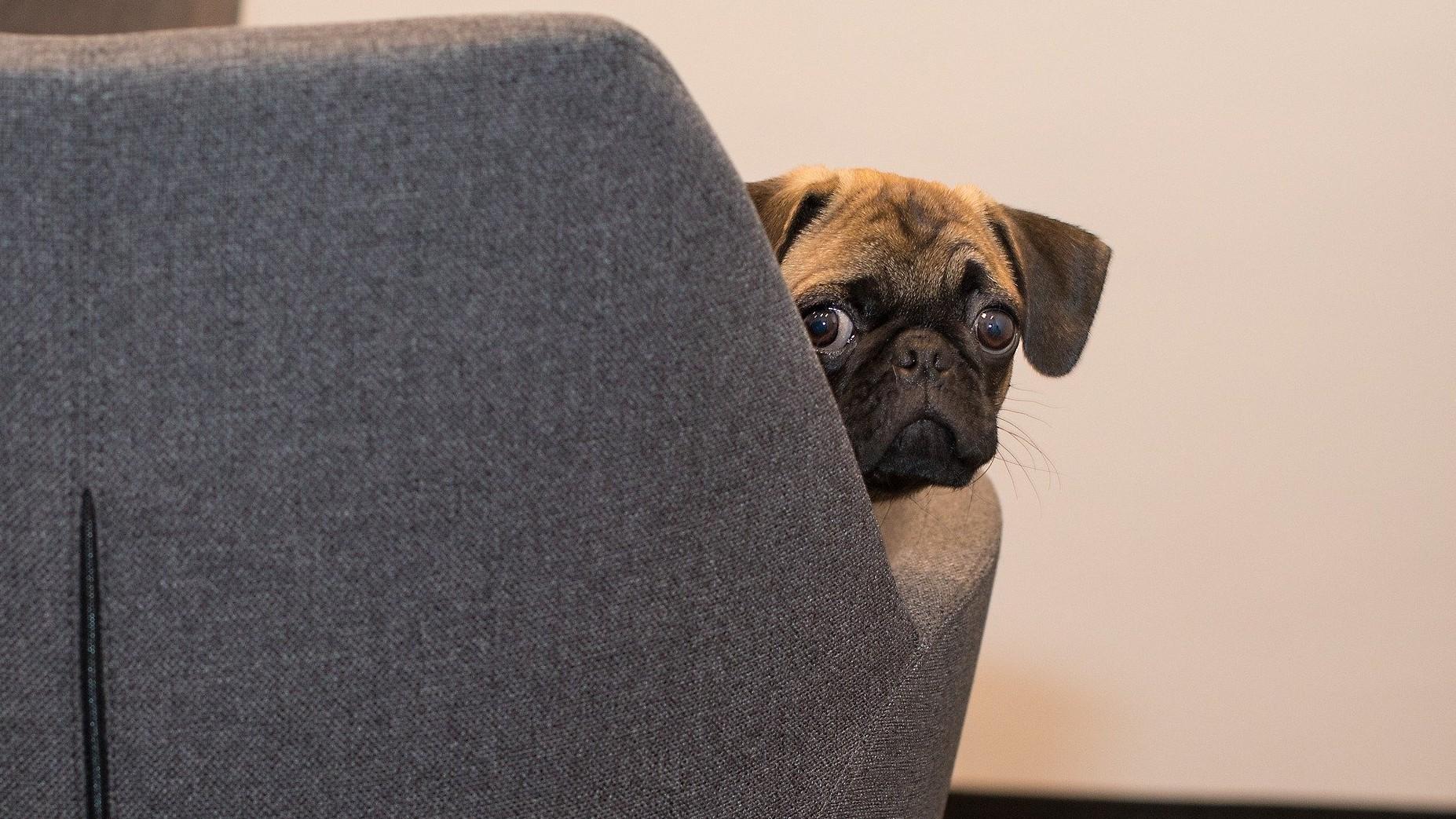 The coronavirus has upended daily routines around the globe, but it’s not just humans who have been impacted. Our pets have grown accustomed to us being home around the clock.

“Dogs and cats are really creatures of habit,” said Dr. John Howe, president of the American Veterinary Medical Association. “Pets that we’ve already had (before the pandemic) are used to us being home a lot, and pets that people have adopted since the beginning of the pandemic — all they know is people being home all the time.”

That will change for most workers — at some point. In late June, Illinois entered phase four of its reopening plan, which prompted an uptick in calls to Blum Animal Hospital in Lakeview. According to Dr. Natalie Marks, the hospital’s medical director, people returning to work were calling with concerns about pet separation anxiety.

That’s something everyone should address, Marks said, even if they plan to work remotely indefinitely. “Separation anxiety is the most intense anxiety dogs can experience and it’s the hardest to treat,” she said. “It’s wonderful to have a dog sit on your lap at the computer all day, but it’s not a healthy situation for them and they don’t (think) separation is normal.”

To help pets adjust to being alone, Howe recommends slowly incorporating a workday routine that includes a set schedule for feeding and walking. After your morning routine, he says to practice “short departures” in order “to take anxiety out of departure.”

But don’t fawn over your pet before you leave. “The best thing people can do when (leaving) is staying calm,” Howe said. “So many people make the mistake of acting anxious and saying, ‘Baby, mama will be right back.’ And you can build up anxiety in a dog.”

It may sound harsh, but Marks recommends people ignore their dog before they leave and give them a toy or food puzzle a few minutes before their departure. “Speak in a monotone voice and give them something to focus on (while you’re gone) so it’s a reward when you leave,” she said. “Make it a non-event. The worst thing you can do – which is human nature – is to snuggle up to your pet.”

You don’t have to be gone for long to make an impact. “Start with 5- to 10-minute separation tests throughout the day,” said Marks. “The separation test will allow you to see if you can go away without a dog excessively barking, urinating or defecating or being destructive,” all of which are signs of anxiety in dogs.

If your pet is destructive while you’re out of the house, don’t punish them. “They don’t know what they’re being punished for,” Howe said. 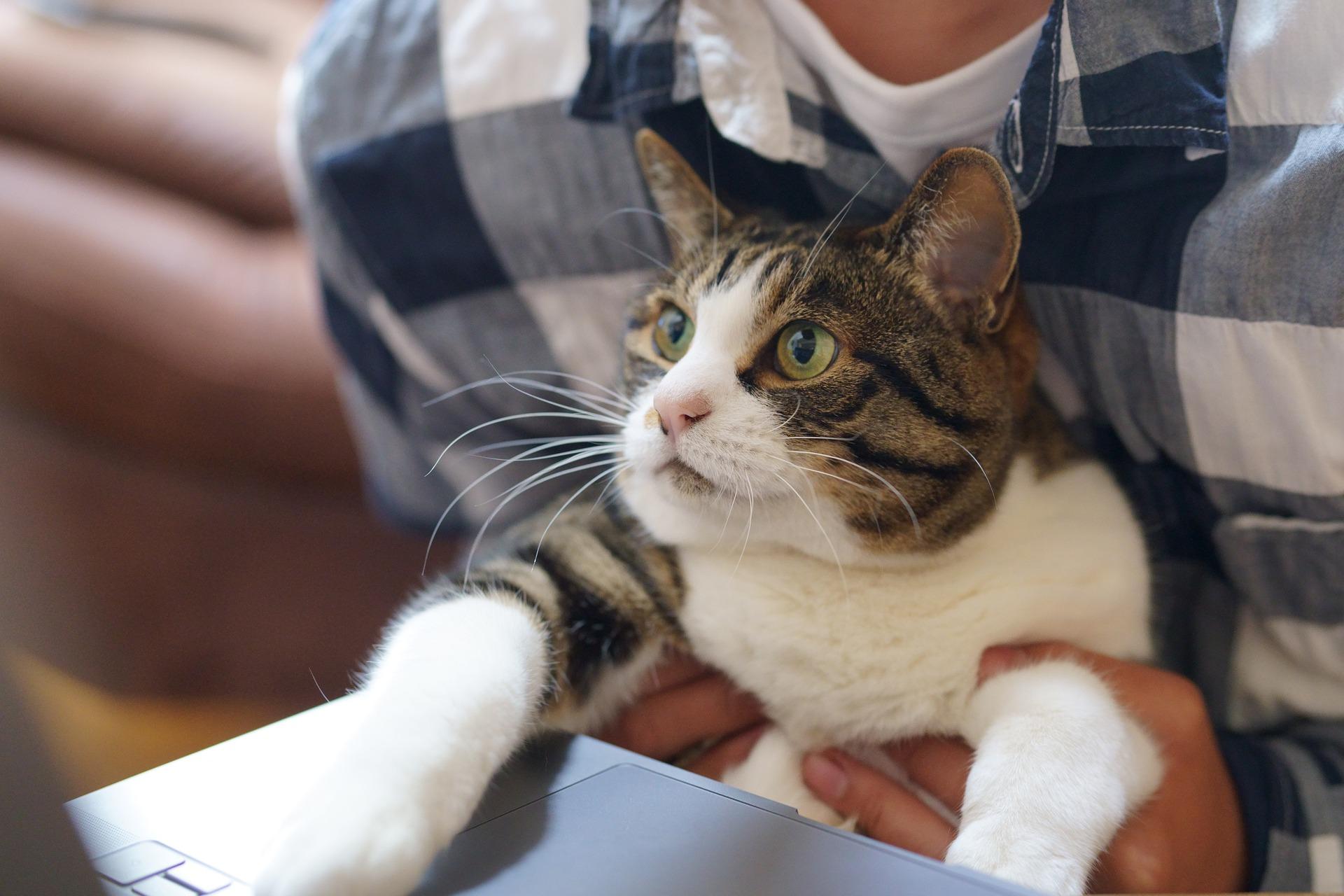 Cats tend to be more independent, Marks says, but signs of an anxious cat include excessive scratching or grooming, inappropriate scratching, urination outside the litter box and excessive hairballs. Practice the separation test by leaving the cat in a room with its litter box, or leave the house entirely.

Catnip, puzzle toys and feeders are great for cats while you’re gone, said Marks. Rather than providing cats with a full meal while leaving, leave small meals throughout the house in puzzle feeders for them to hunt. “It makes them feel more fulfilled and stimulated, and hopefully reduces boredom with cats,” she said.

In addition to giving pets something to do while you’re away, provide them with a safe space, Howe said. “A lot of people use a crate for dogs when they’re gone and that’s their safe space. If they haven’t been used to being crated for a while because you’ve been home, get them used to getting in the crate again,” he said. “Give them a treat when you put them in (the crate) and when they come out.”

Cats usually have a favorite spot, such as a particular chair or couch, so make sure they have access to that spot as well as food, water and litter when you’re gone, says Marks.

When you return, don’t rush to pet or pick up your pet, and resist the urge to use baby talk. “Give your pet a few minutes to adjust to you being home” before greeting them, he said. “If everything is fine, slowly start building in time that you’re gone.”

But if everything doesn’t go well the first time, don’t panic. Marks recommends “a three strikes you’re out” rule before contacting a veterinarian for help. Three times might not sound like a lot but Marks says it’s important to address anxious behaviors early before a pet develops separation anxiety.

Vets can recommend a variety of treatments for pets to help them overcome separation anxiety, from calming collars and sprays to relaxation treats and, if necessary, medication. If a dog can’t handle being alone for a few hours, it doesn’t mean they’ve “earned a lifetime of anti-anxiety medication,” Marks said.

But medication may be necessary to help a pet overcome anxiety so it can learn to be alone. “Anxiety is such a strong emotion that it won’t allow a dog to accept new behaviors,” Marks said. “You need to take away the anxiety temporarily to teach a dog a new habit to tolerate separation. You have to break the cycle with medication.”

Once a dog is used to being left alone, you can start to ween off the medication, Marks said.

She also recommends playing music for pets while you’re gone — and has some recommendations. “Dogs love classical music and cats love reggae,” she said. “Having soft music playing in the background is a great distraction.”