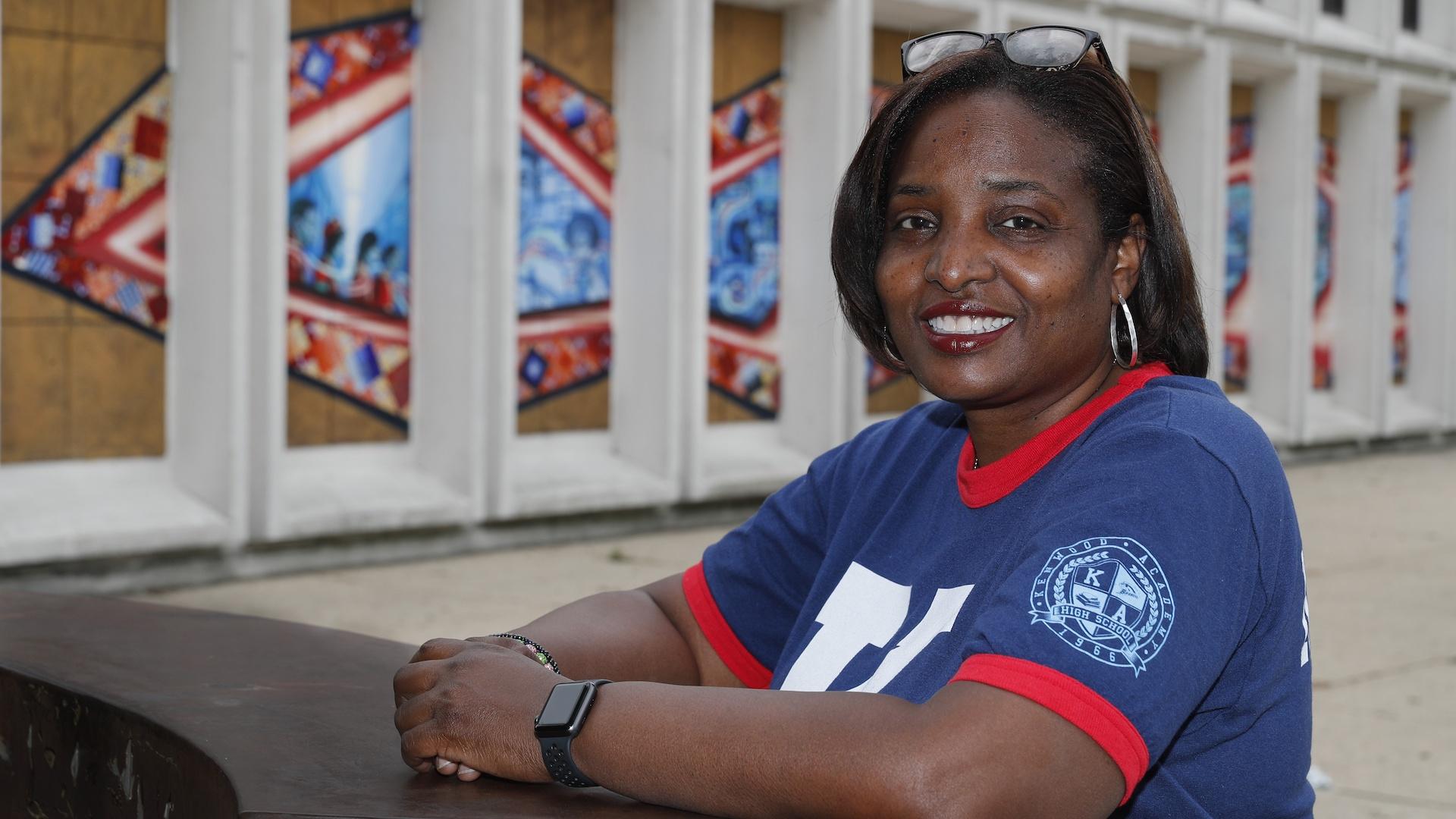 DENVER (AP) — School districts nationwide are working to remove police officers from campuses, but some Black and Indigenous educational leaders are resisting the push prompted by the national reckoning over racial injustice and police brutality.

Some say the system is hamstrung by a complicated mix of police response policies and a lack of support for alternative programs, which plays a role in students of color being disproportionately punished and arrested — the so-called school-to-prison pipeline. Some support individual officers skilled at working with students. Others say they need to learn more as activists urge change.

Cities from Portland, Oregon, to Denver to Madison, Wisconsin, have taken steps to remove police from schools following George Floyd’s death at the hands of Minneapolis police. But some school leaders like Stacy Parrish, principal of Northeast Early College in Denver, said school resource officers are being unfairly blamed for students of color ending up in the criminal justice system.

Parrish, a member of the Klamath Tribes, said she supports the movement to combat overpolicing but believes it's irresponsible to eliminate school resource officers and replace them with counselors and social workers without changing the overall approach to discipline.

“Generalizations and romanticizations aren’t getting us anywhere when our democracy needs our public schools more than ever,” Parrish said.

The problem lies in the tangle of state laws and school policies that mandate when police respond — such as a student suspected of selling drugs — and a lack of money for alternative ways of helping troubled students, she said. School policy in Denver requires overworked counselors to take students to court if they repeatedly miss class, while drug treatment programs are underfunded but a better solution for students who bring drugs to school, Parrish said.

Kenwood Academy, a predominantly Black public school near the University of Chicago, has two officers who focus on protecting students from problems like shootings or domestic disputes between parents on campus, principal Karen Calloway said.

She said one officer stopped dismissal after learning of a nearby shooting last year, and many parents thanked her for the swift action.

“That, to me, was worth the money that we spend on school resource officers alone," Calloway said.

The officers, whom the local council voted this month to keep, can’t discipline students, she said.

In San Francisco, the school board voted in June not to renew its agreement with police before getting a recommendation from its African American Parent Advisory Council. In a letter to the board, the group said it was divided: Some saw school resource officers as the only positive relationship between police and schools.

“Members of our Leadership Team have been extremely vocal at previous Board of Education meetings, asking that an opportunity be created to ​widely ​hear the voices of the Black community," the letter said. “To our knowledge, that has not been done.”

The council is planning a town hall to discuss police in schools but said a more pressing concern could be how teachers and staffers can get police involved in disciplinary issues that are supposed to be off limits to police and disproportionately push Black students out of school. It noted that 35% of students suspended in the 2017-2018 school year were Black, though they only make up 6% of the population in the San Francisco Unified School District.

The district didn’t immediately respond to a request for comment.

“I am grateful that SFUSD today has a progressive board that fights against all ‘-isms,'” she said.

In Denver, Kevin Wilson, who oversees student discipline at the Collegiate Prep Academy, a mostly Black and Latino school, said he supports the police reform movement. Wilson, who is Black, had difficulties with police growing up in the neighborhood where he now works, but he thinks school officers have unfairly become “collateral damage” in the movement.

Because his school has no officer, he said he'll sometimes ask a Black and bilingual officer from a nearby school to meet with particularly recalcitrant students. The officer often will work with the student instead of writing a ticket, Wilson said.

“That is what our community needs,” he said.

Denver Public Schools board member Tay Anderson, who pushed to end the contract with police, said he would like school resource officers to remain a specialized unit within the Police Department but only go to schools when called.

Creating a new security plan will involve looking at changes to the discipline policy, Anderson said. And the district’s roughly 1,500 employees are getting implicit bias training to try to prevent students of color from being disciplined more harshly.

Another district in the Denver area has kept its officers but also has more funding for mental health support, which can help prevent students from getting in trouble with the law.

Aurora Public Schools gets about $10 million a year for mental health staffers and programs from a voter-approved tax. The district has worked out an agreement with Aurora police, who are under scrutiny for last year's death of Black 23-year-old Elijah McClain, to delineate which issues fall to police and which to educators. The number of students referred to police since 2011 has declined by 62%, including the proportion of Black students.

Armstrong-Romero said she was involved in the juvenile system as a Black student who bounced between 14 schools, and she credits educators with helping her.

“I think it’s important that we capitalize on the roles that all those people play,” she said.

Former Denver student Tiera Brown, 28, who supported the schools' decision to phase out officers, wonders if there would be more fellow Black students in her University of Denver law class if they had been treated with more understanding as teens.

She was ticketed by police at school at 13 when she stood by a friend who fought with a bully. Despite having good grades and winning academic awards, she said she received in-school suspensions for things like talking back to her teachers and was sent to a room that was like the school jail.

“For a lot of people who don’t have hope to begin with, what is it going to do them? I think it just adds to the hopelessness,” she said.