A long-running tavern in Chicago’s East Side neighborhood is heading for landmark status with the city. It’s a bar that’s lived a lot of lives, and its new owners see it as an important piece of a tight-knit, but much-changed community.

Before Mike and Laura Medina bought the bar at 94th Street and Ewing on the Far South Side, the building went through many incarnations. It was built in 1907.

“This is one of about 60 ‘tied houses’ that Schlitz brewing company built as a way to have a place to exclusively sell their beer,” Mike Medina said.

Instead of selling their product to bars, brewers just started owning and operating their own.

“Most of the major American brewers at the time did this,” Medina said. “Schlitz by far built the most in the city.”

After prohibition, tied houses were regulated out of existence. But some of them, including this one, kept going as privately-owned bars. 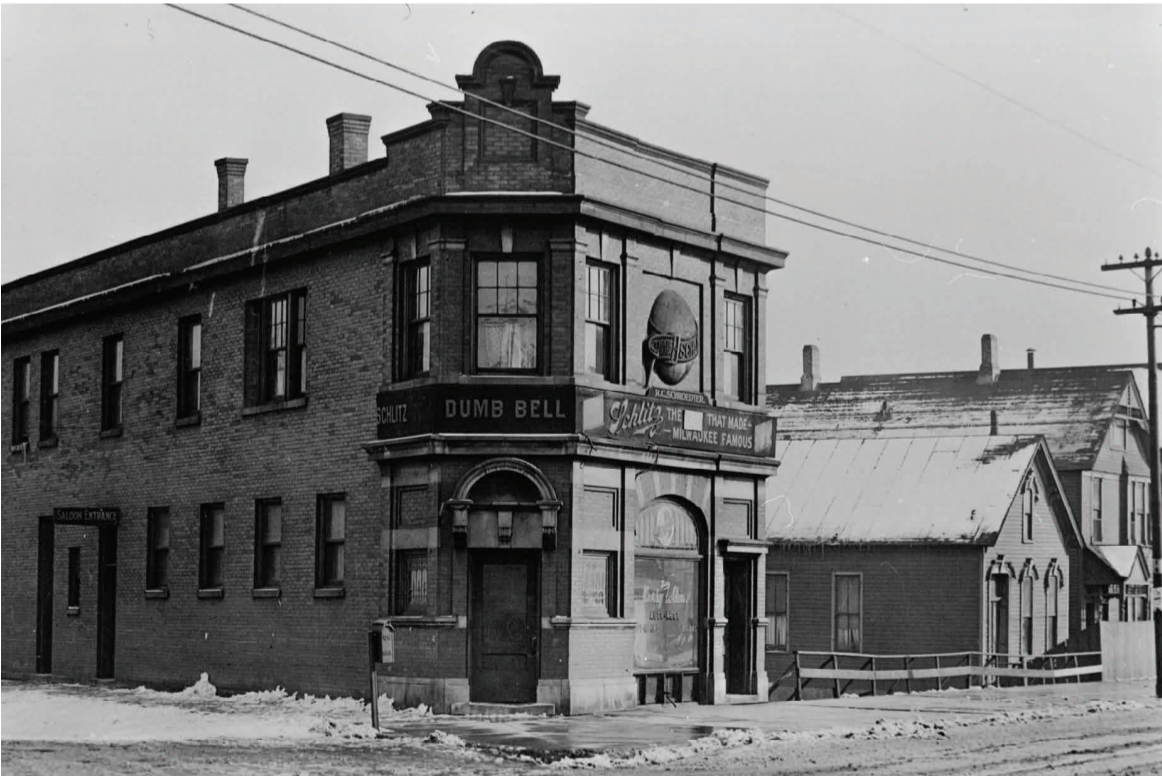 The Schlitz tied house as it appeared in the 1910s or 1920s. (Courtesy Chicago History Museum)

“In the late 40s through the early 50s, there was a group of brothers by the last name of Popovich (who) ran it as a place then called Club Selo,” Medina said.

They didn’t just run the bar; they performed in it for live audiences and on the radio. There’s a recording of one of those broadcasts from this bar available online.

Since they bought the building last year, the Medinas have found and been given artifacts from the bar’s history, like an old telephone a neighbor saved when the bar was cleared out; a box of foreign currency, likely from the crews of foreign ships that passed by; and a “rooms for rent” sign and ring of skeleton keys from the largely-untouched rooming house on the building’s second floor.

From the 1970s until it closed down a few years ago, the bar was known as the Bamboo Lounge – and you’d better believe the Medinas found a box of sexy matchbooks to prove it.

“On top of the ephemera we’ve found, it’s just the originality of the building,” Medina said. “They never gutted anything, never modernized it to a point where you couldn’t get a sense of what it used to look like, which is really cool. There’s a lot to this place that we keep discovering.” 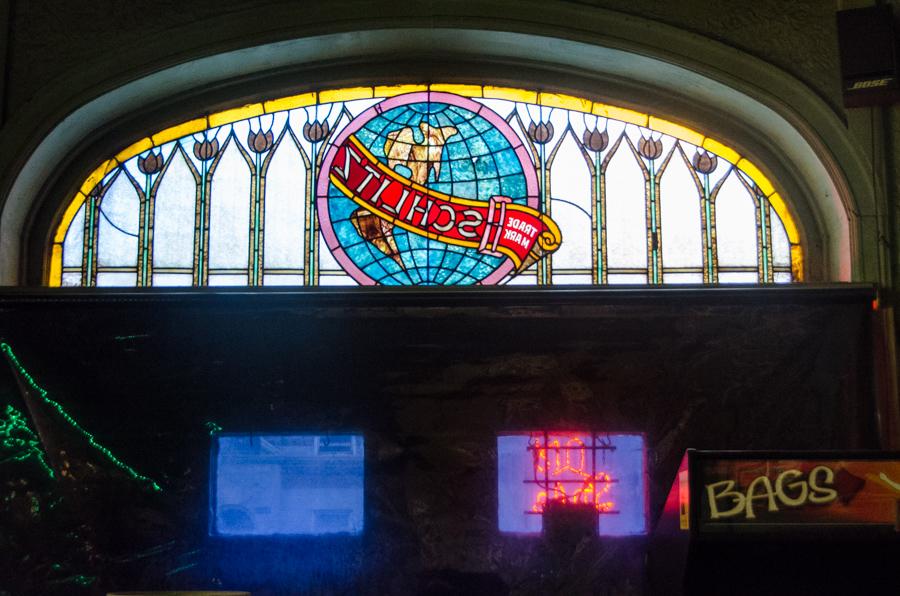 The missing stained glass window as it appeared from inside the bar in recent years. (Courtesy Eric Allix Rogers)

When Schlitz built a tied house, they weren’t shy about it – there’s a giant logo carved right into the facade. For most of its existence, the building also had a gorgeous stained glass window featuring the Schlitz logo and an ornate design. It was removed sometime before the Medinas purchased this property.

“We’ve been trying to track down who has it to approach them and see if they’re willing to part with it, because we feel it belongs (here),” Medina said.

In the meantime, the Medinas were put in touch with a stained glass artist who had been given the original blueprint for the window.

“The glass company that made the glass for the window originally is still around and this gentleman said, ‘Well, if you can’t get the original window back, I could make you a new one using the same glass,’” Medina said.

Whether or not they end up with the original window, the Medinas say they’re excited to preserve this piece of Chicago in a neighborhood with few landmarks, a part of town once fueled by long-gone industrial jobs, but one the Medinas say is tight-knit.

“There’s a lot of neighbors around here that have very good memories of this building, the people in it, the times they had here. That’s not disposable,” Medina said. “It’s no less significant just because it’s at 94th Street and Ewing than it is if it was on maybe a more prosperous side of town.”

The Medinas hope to reopen the bar, which they’re calling the East Side Tap, sometime next year. Once it’s approved by the City Council, the building will join nine other former Schlitz properties as Chicago landmarks.

Note: This story was originally published July 16, 2020. It has been updated.