In 1984, President Ronald Reagan turned his sweet tooth into national news when he decreed the month of July to be National Ice Cream Month.

That’s why Geoffrey Baer considers it his patriotic duty to give us the scoop on some Chicago ice cream history.

Your segment on Chicago brick reminded me of an ice cream treat I remember from the 1950s called “Chicago Brick.”  It was orange sherbet with vanilla and caramel. I would like to know its history, whether it was just a regional flavor, and if it is still available.

It’s approximately one million degrees outside today in Chicago, so this should be an easy task for you: picture ice cream. Specifically, picture Neapolitan ice cream, which is evenly divided into lateral sections of chocolate, vanilla and strawberry. Chicago brick ice cream was the same idea — but the layers were orange sherbet, vanilla and caramel ice cream. In some historic ads, the caramel was replaced with chocolate, coffee, or maple ice cream.

But while orange sherbet, vanilla and caramel ice cream certainly share the color palette of actual Chicago clay bricks, we could find no evidence that the name has anything to do with that.

In fact this, ice cream variety wasn’t even unique to Chicago. We found ads for Chicago brick ice cream sold as far away as Oklahoma and Nebraska in the 1910s and 1920s.

We asked Chicago cultural historian Tim Samuelson about this confectionary conundrum, and he said that as far as the “brick” part of the name, that was once a common reference to the shape of a block of ice cream no matter the flavor.

In the 1860s, bricks of ice cream became popular in sweet shops all over the country. The shop would cut a brick-shaped slab and wrap it up for you to bring home and slice into individual servings. (Supposedly, the brick ice cream was slower to melt, allowing the purchaser time to get home and share it with the family.) 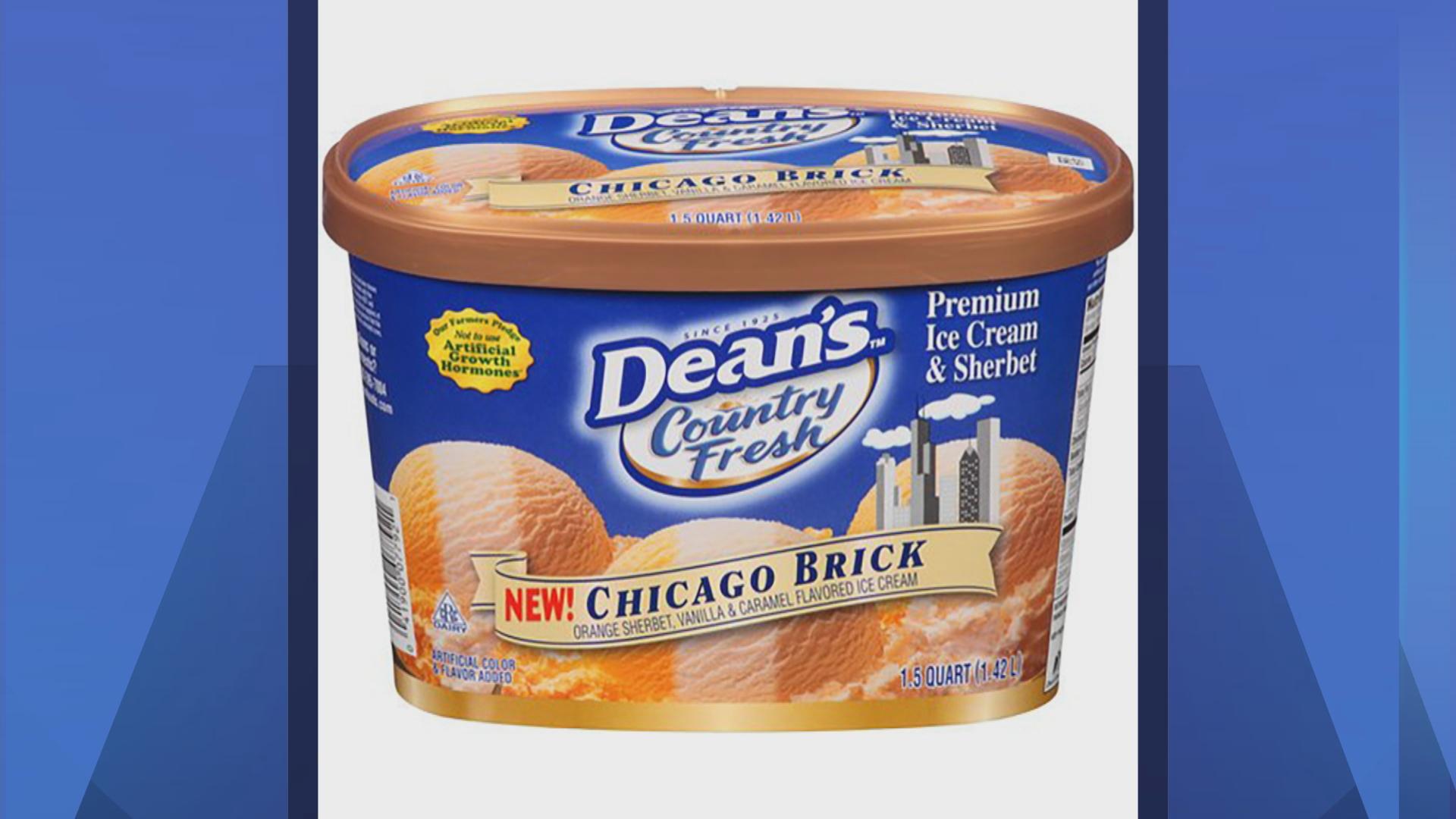 The flavor called Chicago brick started appearing in ice cream parlors in the mid-1880s, and could be found in grocery stores starting in the late 1940s. A few local manufacturers produced Chicago brick flavor, including Borden’s, Walgreens and Dean’s. But as for why it has “Chicago” in the name, Samuelson came up dry, and so did we.

If you want to buy Chicago brick ice cream at the grocery store today, you’re out of luck at the moment. The only commercial producer of the flavor is DFA Dairy Brands in Batavia, who sells it under the
Dean’s Country Fresh label, has discontinued it. But there is hope for the future – our contact at DFA said that if they get enough requests they might bring it back, so if you’d like a taste of that sweet sweet Chicago history, don’t be shy – give them a call!

You can also do what we did – go to Homer’s Ice Cream in north suburban Wilmette, where they routinely stock all three flavors, and ask them to pack it into a single carton for you.