Bruce DuMont’s record of getting things going is impressive.

His weekly radio show on WCGO, “Beyond the Beltway,” which takes a look at politics from the inside, is about to mark its 40th anniversary. In 1984, he was one of the creators, and the first producer, of WTTW’s “Chicago Tonight.” And he helped launch an institution devoted to preserving the history of broadcasting, a medium noted for its lack of historical introspection and its ephemeral reality, Chicago’s Museum of Broadcast Communications.

DuMont has called Chicago home since the 1960s. The New London, Connecticut, native traces his career in broadcasting back to 1968, when he produced shows for WGN Radio. In 1980, he started the show that became “Beyond the Beltway,” then called “Inside Politics.” It was broadcast on WBEZ, and the early team included then-Ald. Cliff Kelley, and Sheldon Gardner, the director of the Independent Voters of Illinois. Eventually the program moved to WLS, and finally to the Evanston station that currently broadcasts it Sundays from 6-8 p.m.

“The format has remained the same,” said DuMont, speaking to “Chicago Tonight” from his River North home. “Four people with passion on each side of the political spectrum, getting together and having a lively discussion of what has happening in politics this week. I always thought of it as being by and for and about political junkies. I didn’t want to stop and explain who everybody we were talking about was, though when we went national, I made a few concessions.”

DuMont is a self-described conservative, and in reflecting on politics then and now, he muses that back then “it was a much friendlier group. There was a camaraderie. In recent years, because of the hard line of partisanship, the humorous side, the friendly side, isn’t quite there.”

DuMont came to WTTW in the early 1980s, with a promise from management to be able to spend more time in front of the camera than behind the scenes as a producer. When Harold Washington was elected mayor in 1983, DuMont and his colleague, longtime WTTW host John Callaway, who was then doing a one-on-one interview show at the station that was broadcast at midnight, responded to the call of WTTW’s then-President and CEO Bill McCarter to create a daily show that could address the fast-evolving landscape of local politics during the reign of Chicago’s first African American mayor. The result was “Chicago Tonight," then a half-hour show airing at 10:30 p.m. DuMont became the show’s first producer, and often substituted as host for Callaway.

“It wasn’t live,” DuMont said reassuringly. “We taped it earlier in the day. Our biggest fear was that our guests wouldn’t show up. Our first guest was Mayor Washington.”

The Museum of Broadcast Communications’ inception goes back to an idea DuMont had in 1982. “When I was working for Channel 2, (WBBM-TV), I saw the way in which old programs, basically 2-inch videotapes at the time, were really just piled up,” he said. “Nobody was keeping track of what they were. They weren’t even being indexed on index cards. It bothered me that future generations would never have an opportunity to see historic programs. “

The institution has been slow to develop over the years, including a long-delayed opening to its current home at 360 N. State St. DuMont was founder and president for years, stepping down in 2016. The MBC oversees the National Radio Hall of Fame. 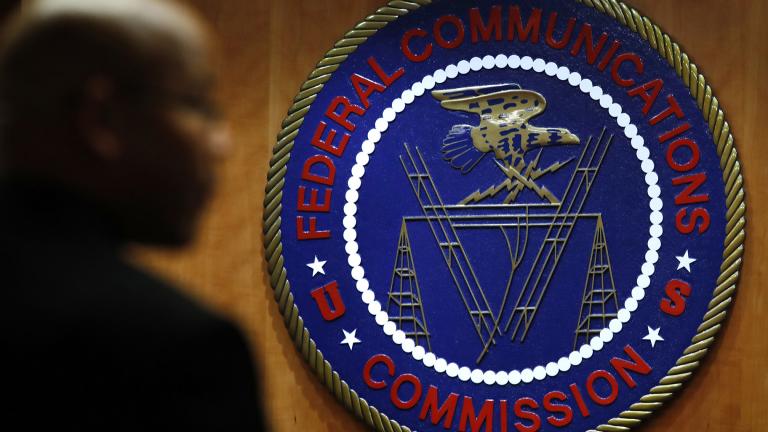