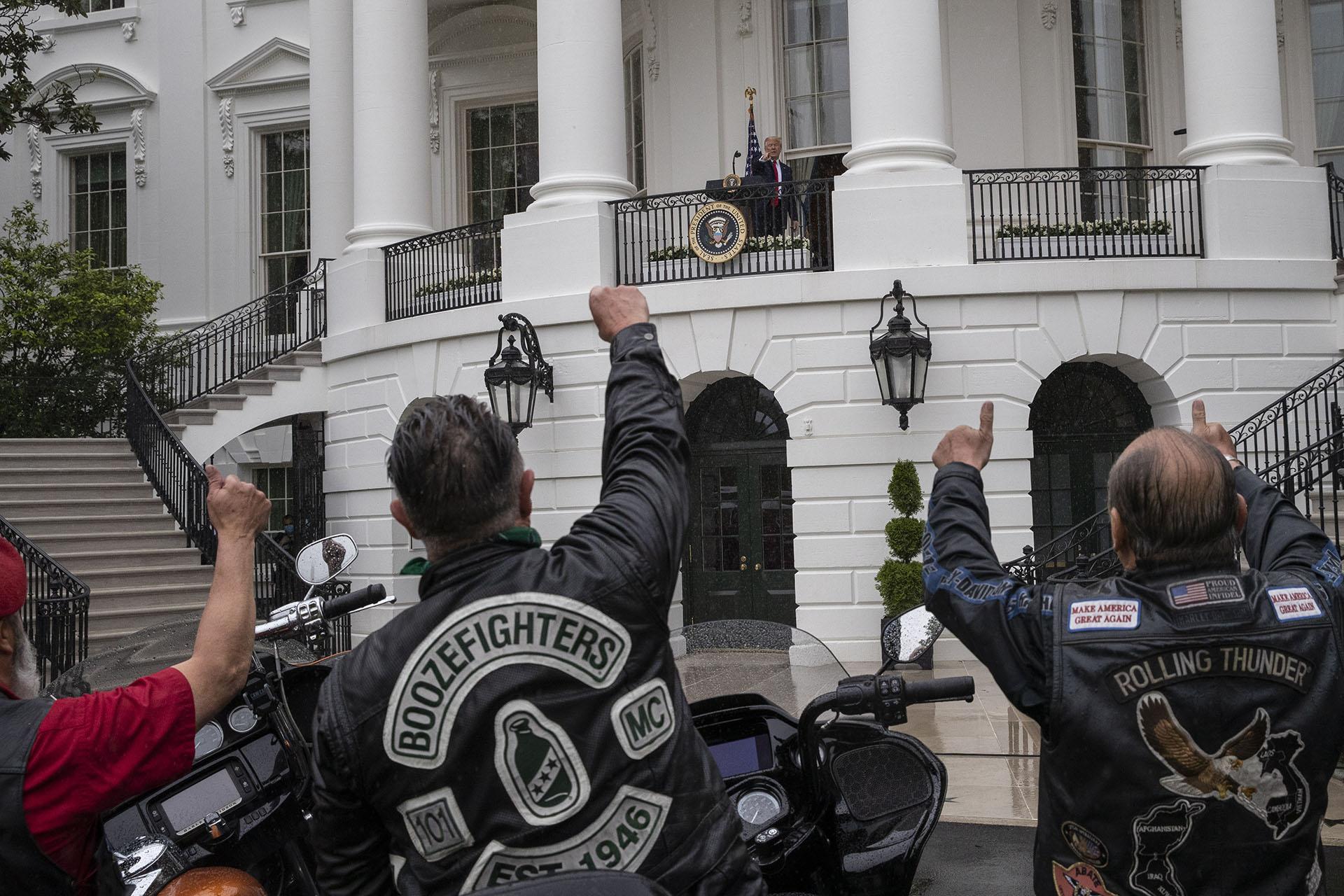 President Donald Trump speaks during a “Rolling to Remember Ceremony,” to honor the nation’s veterans and POW/MIA, from the Truman Balcony of the White House, Friday, May 22, 2020, in Washington. (AP Photo / Alex Brandon)

The Republican president lashed out at Democrats Joe Biden and House Speaker Nancy Pelosi for disagreeing with his handling of China during the coronavirus pandemic, calling them “sick.”

Trump highlighted military spending and changes that he said had led to high satisfaction with Department of Veterans Affairs’ services. He said he had more work to do, noted his political support among bikers and urged them to vote in November.

“We don’t want to destroy our country,” he said from the Blue Room Balcony overlooking the South Lawn, which was soggy after a morning’s worth of rain in the nation’s capital.

The bikers have participated in the annual Rolling Thunder event on Memorial Day in Washington that brings thousands of veterans and others out to ride in remembrance of the fallen.

The event has a new name this year, Rolling to Remember and participants are being asked to ride in their communities instead because of the coronavirus pandemic.

Trump also paid homage to fallen U.S. service members for whom the Memorial Day federal holiday was created, along with thousands categorized as missing in action.

“They laid down their lives to ensure the survival of American freedom,” he said. “Their names are etched forever into the hearts of our people and the memory of our nation.”