WASHINGTON (AP) — President Donald Trump claimed Wednesday that he had signed an executive order “temporarily suspending immigration into the United States.” But experts say the order will merely delay the issuance of green cards for a minority of applicants.

Trump said his move was necessary to help Americans find work in an economy ravaged by the coronavirus.

“This will ensure that unemployed Americans of all backgrounds will be first in line for jobs as our economy reopens,” he said.

But the order includes a long list of exemptions, including for anyone who is currently in the country, those seeking entry to work as physicians and nurses, wealthy foreign investors, and the spouses and minor children of American citizens. The 60-day pause also leaves untouched the hundreds of thousands of temporary work and student visas the U.S. issues each year.

That left partisans on both sides of the immigration battle accusing Trump of being driven more by politics than policy as he tries to rally voters in an election year. Yet experts say that, if the order is made permanent, it would also satisfy Trump’s long-stalled push to end what he calls “chain migration.” It’s the latest example of his administration using the pandemic as cover to enact immigration policy changes he has long championed.

Trump ran in 2016 on promises to crack down on both illegal and legal immigration, making the case — disputed by many — that foreign workers compete with Americans for jobs and drive down wages. While many of Trump’s efforts to dramatically upend the nation’s immigration system have been stymied by Congress and the courts, the pandemic has allowed him to move forward with some.

Like other world leaders, Trump has restricted travel from much of the globe, including China and large swaths of Europe. The borders with Mexico and Canada have been closed to all but “essential” travel. 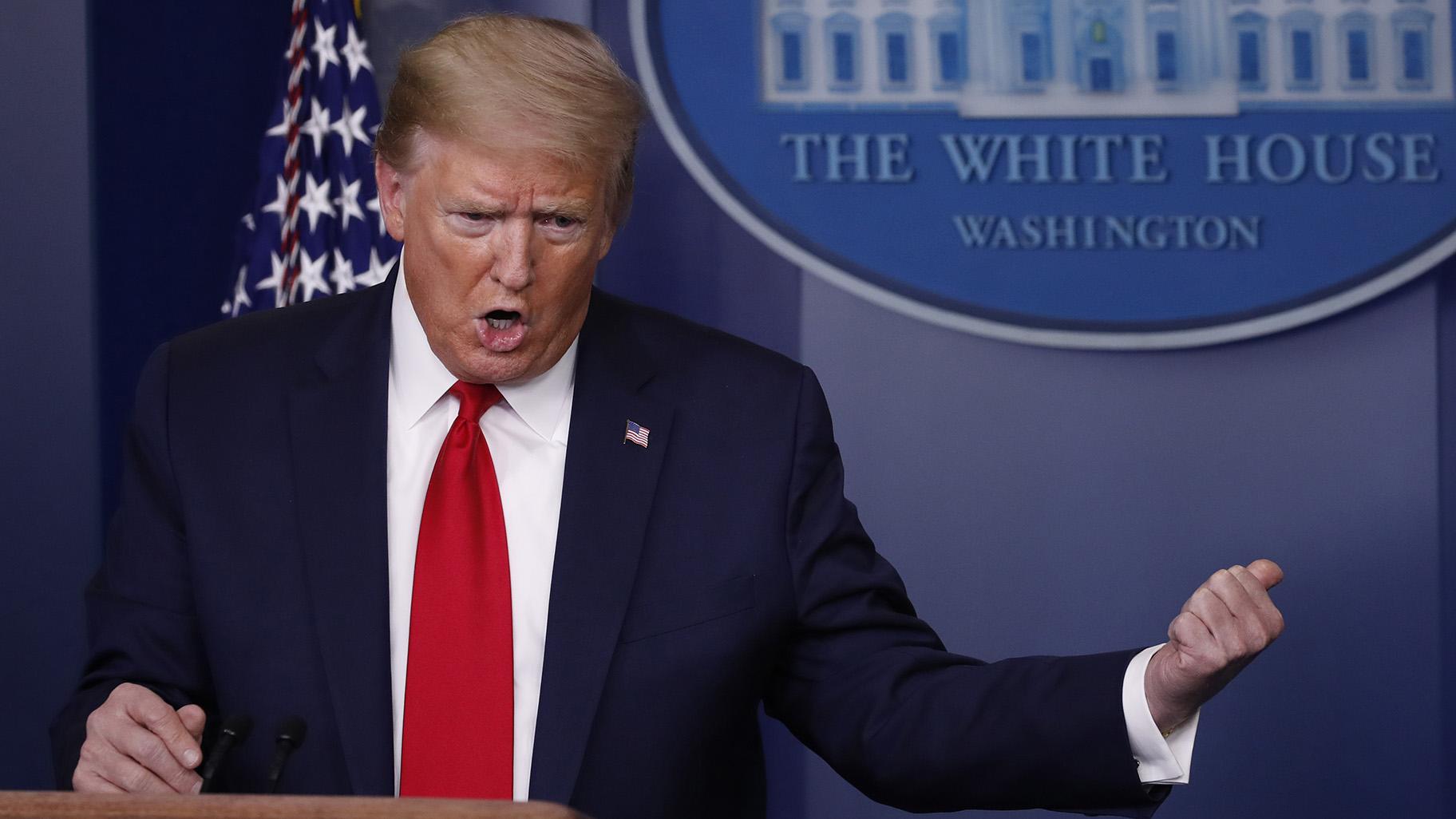 With consulates closed, almost all visa processing by the State Department has been suspended for weeks. And Trump has used the virus to effectively end asylum at U.S. borders, turning away migrants, including children, by invoking a rarely used 1944 law aimed at preventing the spread of communicable diseases.

Since the vast majority of employment-based green card applicants already live in the U.S., the proclamation Trump signed Wednesday will most affect the parents, adult children and siblings of citizens and permanent residents hoping to one day join them in the country. Trump has derided that practice as “chain immigration” and pushed Congress for years to adopt legislation that would favor what he calls “merit-based” immigration instead.

Ur Jaddou, the director of DHS Watch and former chief counsel to U.S. Citizenship and Immigration Services, noted the move was something Stephen Miller, a top White House aide, and other immigration hardliners in the administration have long been advocating.

“These are people who are waiting in line for decades. And they just made it that much harder,” she said.

Nonetheless, the final version of the order was far less drastic than advocates on both sides of the issue had expected after Trump posted a tweet late Monday that sent businesses, would-be immigrants and administration officials scrambling.

“In light of the attack from the Invisible Enemy, as well as the need to protect the jobs of our GREAT American Citizens, I will be signing an Executive Order to temporarily suspend immigration into the United States!” Trump wrote.

Matt O’Brien of the Federation for American Immigration Reform, which advocates for lower immigration rates, estimated anywhere from 5,000 to 80,000 green cards could be delayed by the order. But since international travel has ground to a halt, he said in a statement, “it’s difficult to say whether these folks will even notice a temporary pause in the processing of their visa applications.”

David Bier, an immigration policy analyst at the Cato Institute, noted that embassies and consulates are already closed for visa processing. But he said Trump appeared to be setting the stage for permanent reductions to legal immigration along the lines of what he has failed to achieve through legislation.

“There’s no such thing as a temporary ban with this administration,” said Bier, who advocates for a more open immigration policies.

Bier and others estimated the changes — if made permanent — would reduce green cards about 30% from last year’s total of 1 million.

Still others said the move appeared driven more by politics than a desire to enact a stalled agenda.

While the measure would “have some very modest policy effect,” Mark Krikorian, executive director of the Center for Immigration Studies, which advocates for lower immigration rates, said he believed its “primary function was political, to respond to people’s concern that at this point, with maybe 15% of the labor force out of work, they had to do something.”

“This announcement is more about grabbing a headline than changing immigration policy,” said Frank Sharry, executive director of America’s Voice, a liberal immigration reform group. “To me, it smacks of an electoral strategy, not a policy change, and it smacks of desperation and panic.”

Trump’s pivot to immigration is a strategy he has often used to rev up his base.

Ahead of the 2018 midterm elections, for instance, Trump put immigration at the forefront, using migrant caravans in Latin America as a rallying cry as he ordered thousands of U.S. troops to the southern border to stop an “invasion.”

In recent days, officials bolstered by their successful efforts to restrict travel at the country’s borders had been discussing how they might seize the opportunity to enact additional immigration restrictions.

Trump’s team, however, denied Tuesday that he was using the virus to make good on a longstanding campaign promise during an election year.

With 22 million Americans applying for unemployment, Trump campaign spokesman Tim Murtaugh asked, “Why would you in good conscience introduce brand-new competition for them?”