Trump Vows to ‘Suspend Immigration’ to US Because of Virus 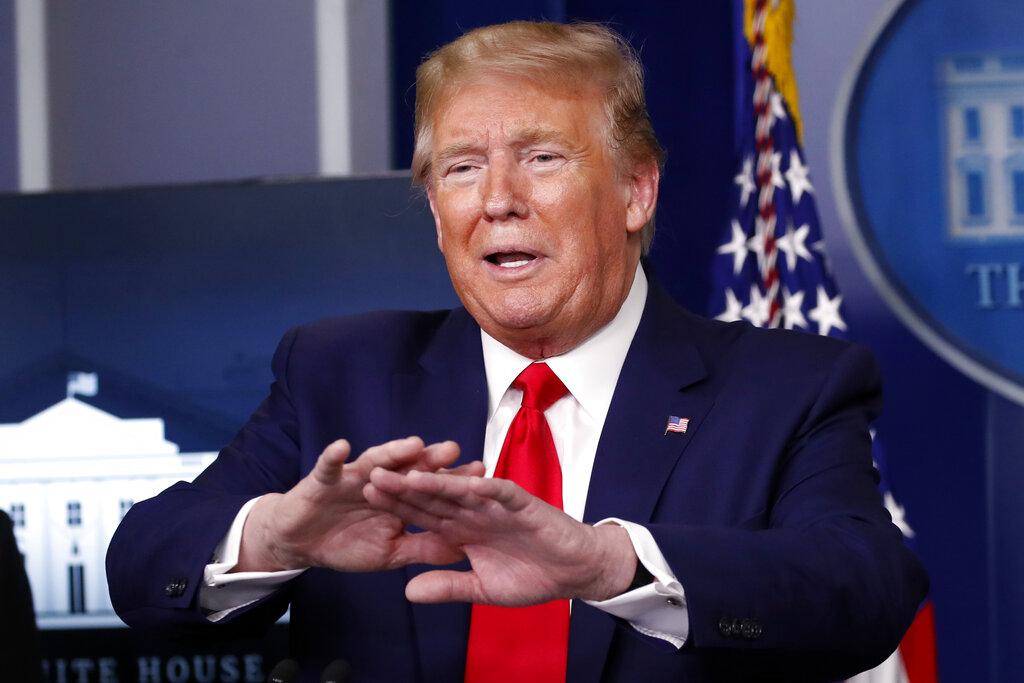 WASHINGTON (AP) — Returning to a divisive issue at a time of national crisis, President Donald Trump says he will sign an executive order “to temporarily suspend immigration into the United States” because of the coronavirus.

“In light of the attack from the Invisible Enemy, as well as the need to protect the jobs of our GREAT American Citizens, I will be signing an Executive Order to temporarily suspend immigration into the United States!” Trump tweeted late Monday. He offered no details about which immigration programs might be affected by the order.

But much of the immigration system has already ground to a halt because of the pandemic. Almost all visa processing by the State Department has been suspended for weeks. Travel to the U.S. has been restricted from much of the globe, including China, Europe, Mexico and Canada. And Trump has used the virus to effectively end asylum at U.S. borders, turning away even children who arrive by themselves — something Congress, the courts and international law hadn’t previously allowed.

Criticism to his new announcement was swift, especially the timing during the pandemic. Ali Noorani, president of the National Immigration Forum, noted that thousands of foreign-born health care workers are currently treating people with COVID-19 and working in critical sectors of the economy.

Trump’s call “ignores the reality of our situation,” he said. “The fact is that immigrants are standing shoulder-to-shoulder with U.S. citizens on the front lines helping us get through this pandemic.”

But Jessica Vaughn, director of policy studies at the Center for Immigration Studies, which favors lower rates of immigration, said that eliminating millions of work permits and visas would “instantaneously create” new jobs for Americans and other legal workers — even though most businesses are shuttered because of social distancing dictates and stay-at-home orders.

Trump has often pivoted to his signature issue of immigration when he’s under criticism. It’s an issue he believes helped him win the 2016 election and one that continues to animate his loyal base of supporters heading into what is expected to be a brutal reelection fight.

Trump also has been using the crisis to push many of his long-standing, stalled priorities, including  moving manufacturing from China to the U.S.

In a statement, White House press secretary Kayleigh McEnany described the order as aimed at protecting both the “health and economic well-being of American citizens as we face unprecedented times.”

“At a time when Americans are looking to get back to work, action is necessary,” she said without offering details on what programs the order might cover and when it might be signed.

Though travel restrictions around the globe have dramatically reduced immigration, Trump could use his executive authority to restrict it further, including slashing the number of foreign workers allowed to take seasonal jobs around the country. Before the outbreak, the administration had planned to increased the number of H-2B visas, but the Department of Homeland Security put that increase on indefinite hold in early April.

Kevin Hassett, the former White House economic adviser who recently returned to help guide the response to the virus, said here would be “carve outs” for certain types of workers, but he cautioned, “We’ll have to wait and see what the final rule is going to be.”

National security adviser Robert O’Brien, meanwhile, compared the expected order to restrictions on travel to the U.S. from China that Trump put in place in January.

Asked about Trump’s reference to jobs, O’Brien referenced the virus’ economic toll and said “the president’s looking out for Americans on both fronts at every turn.”

Trump, in response to accusations that he has failed to act quickly in response to the virus, has frequently pointed to his decision to limit travel to the U.S. from China and hard-hit European countries, arguing that those restrictions contributed to slowing the spread of the virus in the U.S. But he has not extended the restrictions to other nations now experiencing virus outbreaks.

The U.S. is now reporting more COVID-19 cases than any other country in the world, with almost 800,000 Americans infected, according to figures compiled by Johns Hopkins University. More than 42,000 have died.

Given the steps Trump has already taken, Mexico Foreign Relations Secretary Marcelo Ebrard said it was unclear what more he could do.

Last month, the administration effectively ended asylum, relying on a rarely used 1944 law aimed at preventing the spread of communicable disease. That action allowed Border Patrol agents to immediately expel people in the country illegally without those people being subject to protections afforded under immigration laws. On Monday, the U.S. extended that authority by 30 days to May 20 and many expect the asylum shutdown will stay in effect through the end of Trump’s term in January.

U.S. borders with Mexico and Canada have also been closed to tourism and recreational travel. Commercial traffic and a wide range of “essential” workers are still allowed to travel freely.

The H-2B visa program is used by U.S. companies to fill tens of thousands of seasonal jobs in areas like landscaping, seafood processing and in service jobs at hotels and theme parks. In March, amid pressure by Congress and a tight job market, the administration raised the annual quota to its highest level under Trump. That move angered people who favor more restrictive immigration policies, including some supporters of the president who view foreign workers willing to accept lower wages as unfair competition to American labor.

The Seasonal Employment Alliance said Tuesday that the additional 35,000 visas authorized in March are still needed. Landscapers and seafood workers, for instance, are both listed as critical sectors by the Department of Homeland Security, said the group’s spokesman, Gray Delany.

Note: This story was originally published Monday, April 20, 2020. It has been updated. 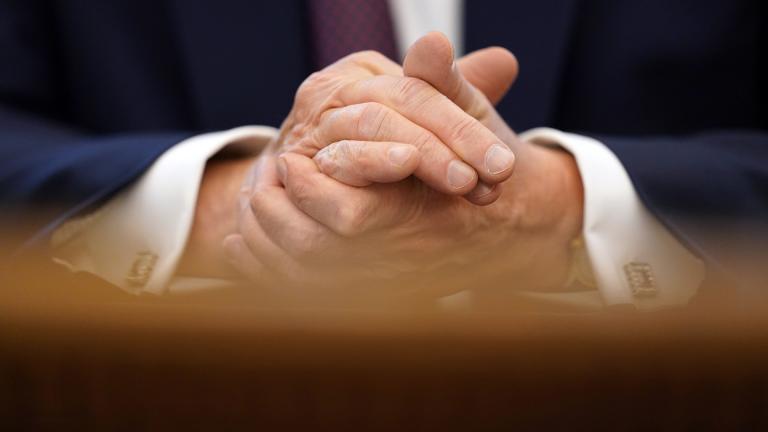 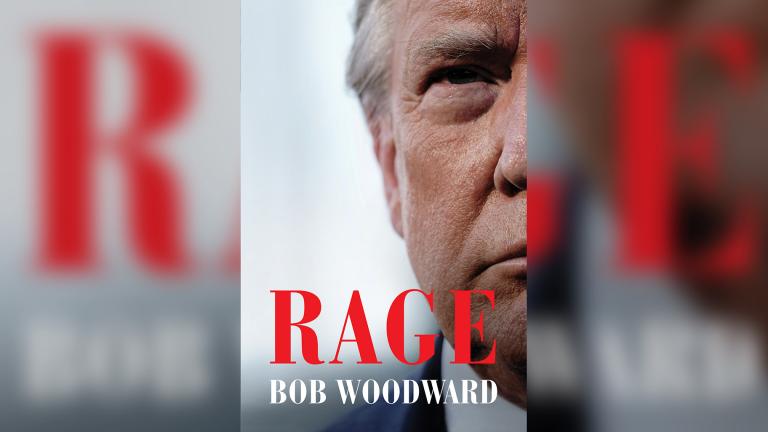 ‘Play It Down’: Trump Admits to Concealing True Threat of Coronavirus in New Woodward Book 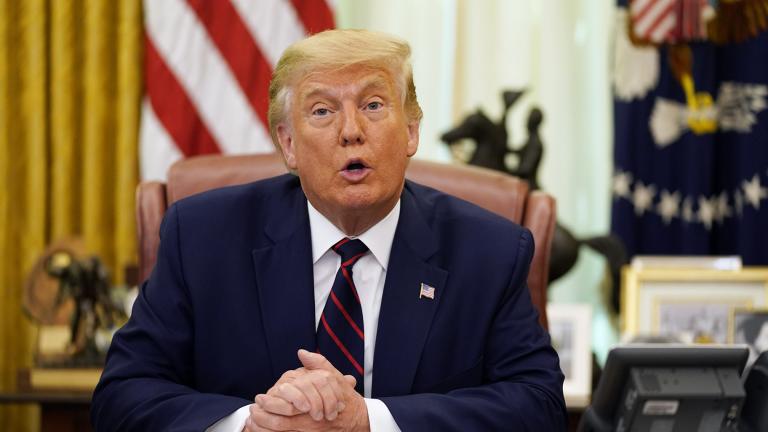 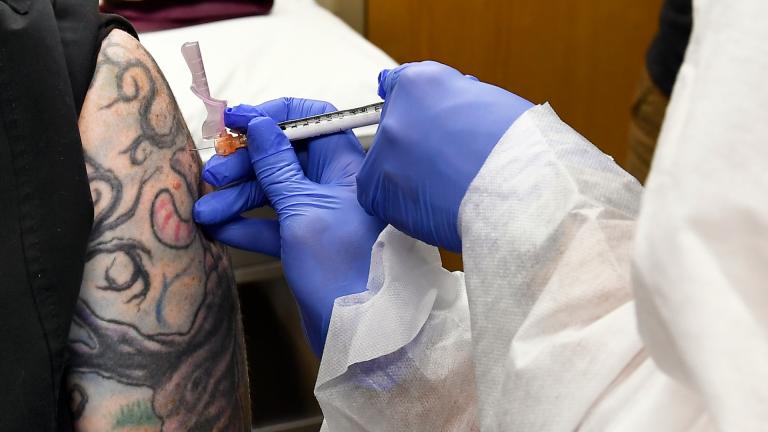 White House Faces Skepticism Over Prospects for a Vaccine