The COVID-19 pandemic has thrust a host of ethical dilemmas out of the classroom and into emergency rooms and hospitals.

Doctors, ethicists and lawyers across the largest hospital systems in the Chicago area are now wrestling with ethical decisions in the age of the new coronavirus.

“Very few people have finalized protocols, and what I’m really concerned about is that they’re all different,” said Dr. William Parker, a pulmonary and critical care medicine doctor and instructor at the University of Chicago Medicine. “There was actually a New York Times piece that just came out today about the differences between the states — where Alabama has one system, New York has a different one and Maryland’s looking to one. That’s problematic.

“In Chicago, we’re going to have differences that are less than a mile away between hospitals and how they would rank patients. And, I think the state needs to step up and do what other states have done and provide kind of clear specific guidelines for how patients should be prioritized in the horrible situation where we don’t have enough resources to provide critical care to every patient,” he added. 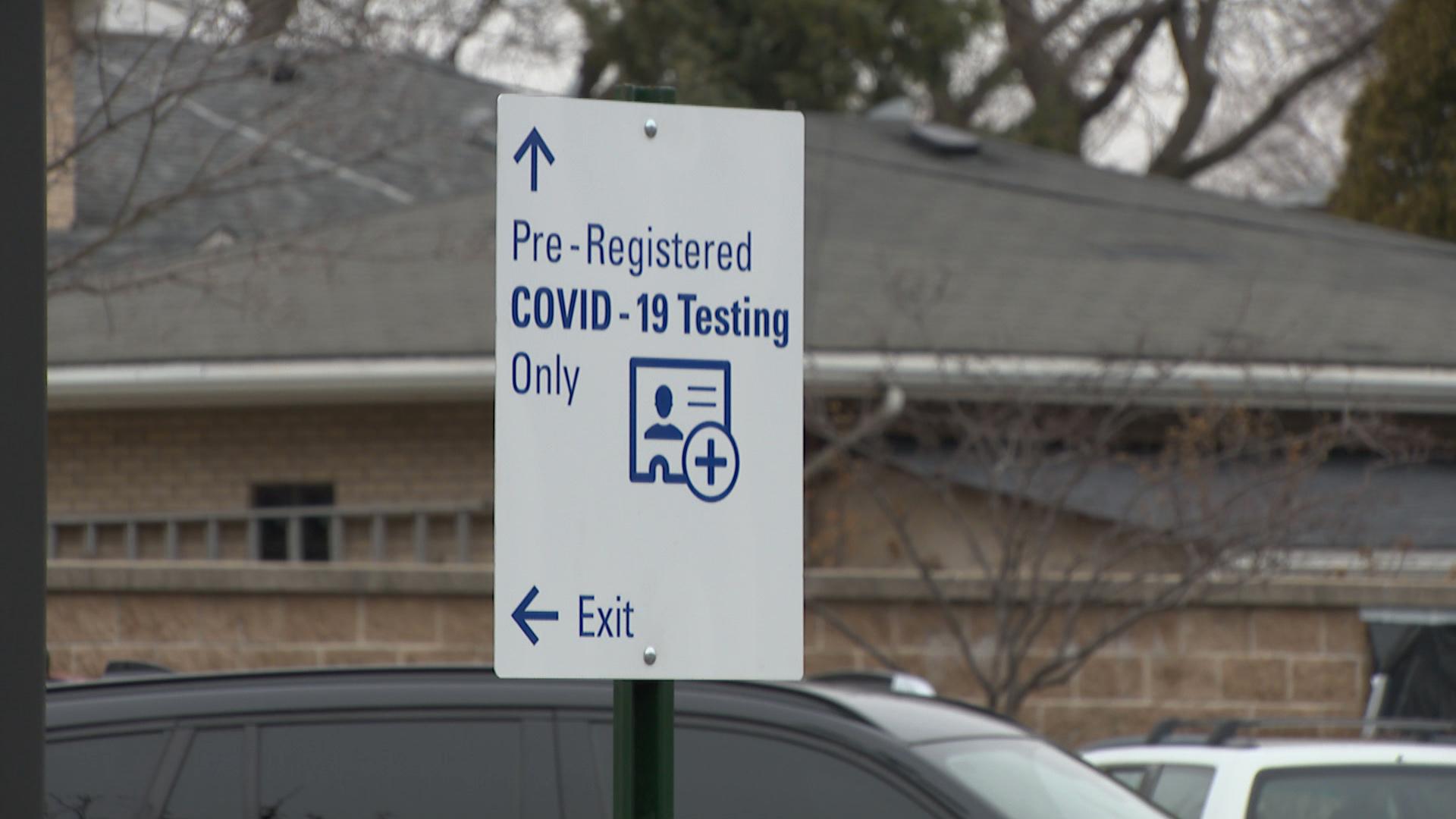 “I think we need to sort of reframe how we think about delivering health care,” said Dr. Kelly Michelson, director of the Center for Bioethics and Medical Humanities at Northwestern University Feinberg School of Medicine and a physician at Lurie Children’s Hospital. “We’re in a crisis and how we think about things needs to be different. So in a usual situation, we have the luxury for a doctor and his or her patient to think about what exactly is the best thing for them right now.

“As we move into a crisis, our whole frame both in terms of how doctors interact with families, but also and more importantly, the healthcare system needs to shift,” said Michelson, who leads the COVID-19 Chicago Bioethics Coalition, to which Parker is also a member. “We’re now shifting to a place where we’re thinking about how can we support the entire community as a whole. Every life is very important. Every life is worth saving. But how can we do that in a way that saves the most lives.

Is it ethical to ask doctors and nurses to reuse masks and gear, potentially infecting themselves or other patients with the coronavirus? Because of a shortage of tests, the Illinois Department of Public Health recommends that people who are over 65, in nursing homes or incarcerated are prioritized for testing. In Italy, doctors are giving ventilators to younger people ahead of people over 60 or anybody with multiple chronic conditions.

Below, an edited Q&A with Michelson and Parker.

The head of the Chicago Medical Society (CMS) was on “Chicago Tonight” on Monday. CMS conducted a survey of its 17,000 physicians and as of Wednesday, 1,100 have responded. What they found is 70% of emergency medicine doctors said their hospital or administration do not have clinical ethics plans or protocol to determine which patients get resources when the expected surge of COVID-19 cases come to their hospitals. So talk about COVID-19 Chicago Bioethics Coalition and what you’re doing to give some direction to those 70% of emergency room doctors.

Michelson: The issue of creating policies for allocating these very scarce resources is really important. And I think there’s three things that I want everyone to know. The first thing is that we’re not completely starting from scratch. There’s been a lot of thought put into this, both with respect to resource allocation in general, but also how we use ventilators.

The second thing … is that there are an enormous number of people from different backgrounds, including bioethicists, lawyers and others who are thinking about this and really trying to come up with approaches that are fundamentally based on key principles. Again, hearkening back to this idea that every life is worth saving. And balancing that with the fact that we need to come up with a process that saves as many lives as we can. And with that in mind, the group that I’ve put together, I think, has been incredibly important because we have been meeting with people from institutions across Chicago to try to share ideas about the policies that they’re putting in place, founded on those principles, founded on what little information we do have.

And, this is the third point: We have to acknowledge that even with the plans that we have made, none of this has actually been tested in real life and certainly not in a pandemic specifically like COVID. So as we’re coming up with these policies, we need to make sure that they’re policies that we can evaluate as we go forward, that they’re flexible, that we can look and see what’s working and what’s not working and adjust accordingly.

Parker: I think normally in medicine we have a combination of a first-come, first-served approach. So take somebody who needs mechanical ventilation in respiratory failure: We normally actually bring the sickest person to our intensive care unit first because we’re able to provide temporary support. Other people can afford to wait a little bit of time. And that’s sort of our standard operating procedure in American medicine when we have plenty of resources.

Unfortunately, in this situation, resources in various areas are fundamentally constrained and some patients just simply won’t get the resource. So that whole framework breaks down. And if you kind of proceed with your substandard operating procedures, a lot more patients would potentially die. So on a broad scale, everyone agrees that you have to shift to more utilitarian considerations of saving the most lives or saving the most life years is the other important ethical quantity, which might lead you to favor younger patients or healthier patients. But at the same time constraining those efforts so you don’t categorically exclude large groups of people.

So specifically with testing, what’s happening now is the rules are designed to give the test to people who will benefit the most from receiving that information. It’s designed in order to save the most lives because those groups of people will get the most utility over testing them versus the general public.

The Wall Street Journal reported that NYU’s Langone Health told ER doctors that they have sole discretion to place patients on ventilators and institutional backing to “withhold futile intubations.” And doctors should “think more critically about who we intubate.” In critical situations, ER doctors have to make decisions very quickly. But is this deciding who will live and die?

Parker: Number one, it’s very important to have objective algorithms and priority scores for front-line providers to follow. Because most patients, there will be a chance that intubation will help them and clinically you won’t be certain. And you’re going to need guidance if you’re actually going to withhold a procedure that normally would have a potential to save that patient’s life. You have to have a triage team or a committee that’s helping the front-line provider make the decision. So I think putting it all on ER to decide and get vents or not is completely inappropriate. But I will also say that physicians do use their clinical judgment.

Michelson: Look, I’m a doctor. I take care of critically ill patients. I take care of critically ill children. I can tell you that I don’t ever want to be put in a position where I have to look at someone and tell them that I can’t put them on a breathing machine because I don’t have a breathing machine available. I also don’t want to be the person who has to make that decision. Now, whether or not I ever find myself in that situation and other doctors find themselves in this situation as we go through this pandemic, we’ll see. But to the extent that we can come up with a process that that decision making does not happen on an individual basis, I think that would be preferable. I think we’ll see what we’re able to do as this crisis unfolds.

Providers are being asked to reuse personal protective equipment (PPE). It’s not only a potential risk to spread the virus to patients, but now health care providers are getting sick, too. There’s not much choice right now because of the shortage, but talk about the ethics and the dilemmas of reusing PPE.

Parker: It’s certainly a concern of many of my colleagues and myself. It seems like the (Centers for Disease Control and Prevention) guidelines on PPE keep shifting and that the recommendations are being driven by shortages, not by science. I’ve heard of some providers who have two N95 masks that they alternate while trying to expose one to heat to sanitize it somehow. Other providers are wearing one the entire day. And there’s a lot of uncertainty. It’s really concerning to see all the images from different hospitals across the world and see the varying levels of protection providers are receiving. I think it’s creating a lot of distress on the front lines.

Michelson: I’m so heartened by all of the efforts that have been made across the country to find new ways to reuse PPE, whether it’s using a different kind of device than we normally would use. And I know that’s one approach that can be cleaned or if it’s actually taking personal protective equipment and sort of re-sanitizing it. I know there’s another number of companies across the country that are working on cleaning PPE so that we can then reuse it. So this is about finding every possible way to use this scarce resource while protecting our front-line health care providers.