Our bodies have been fighting viruses for eons.

Over time, they’ve evolved to neutralize viral invaders and even repurpose them for our own benefit. In fact, almost 8% of our genome is made up of viruses that once infected us.

A new book on evolution explores, in part, our long and complex relationship with viruses. It’s called “Some Assembly Required: Decoding Four Billion Years of Life, from Ancient Fossils to DNA.”

We discuss viruses and the role they’ve played in shaping who we are with the author, Neil Shubin, a paleontologist with the University of Chicago. 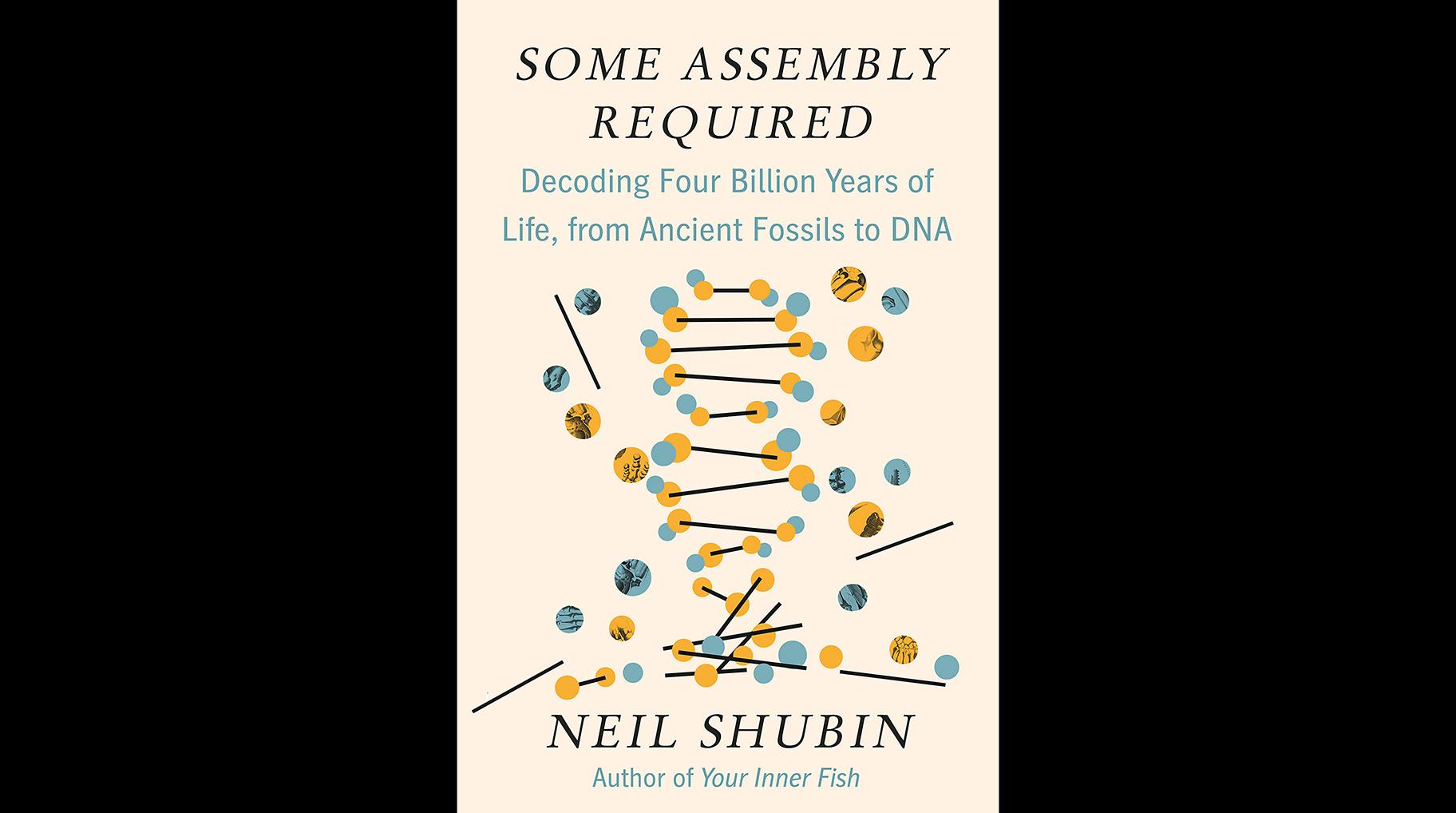 What do people need to understand about viruses?

The thing about viruses is that they are sort of at the margins of what we consider living things. They are just basically small, tiny pieces of genetic material with an unusually small number of genes wrapped in a shell. That’s all they are. Basically they are the ultimate parasite that is all geared to find a host in a lot of different ways. There’s a number of different ways they can find a host cell but once they find it there’s a whole molecular machinery that kicks off that gets into the cell. And then once it’s inside the cell there’s all sorts of different kinds of viruses. Some viruses actually enter the genome itself and become part of the genome. But there are others that have like enzymes and they just sort of commandeer the host genome to make more copies of themselves in different ways.

I think mainly it is the ultimate parasite but also from my perspective, these viruses have such a long history of attacking and invading different species over time so we live in a balance with them. And you can see that in our genome where we have more viral component to our own genome than we do in our own genes. And just the astounding number of them. In the oceans alone there are more viruses than stars in the known universe. We tend to think of ourselves as the pinnacle of all life but in reality we are vastly outnumbered and indeed often at the mercy of these viruses.

What makes them so effective, and successful?

It’s because they are completely stripped down. It’s like any parasitic life strategy. They’re really not dependent upon anything because they are not really alive. They can just sit inert for a long period of time in certain places and they get carried around. It’s just an enormously successful strategy because each virus when it enters a host cell – some of them can produce as many as a million viruses, a million from one host cell. So just do the math. In our own bodies we have millions upon millions of cells where you can have one body produce zillions of viruses. It’s a numbers game, they are just everywhere in great numbers and in great variety. And they are just tuned to enter cells. They’re just finely tuned.

What I got from your recent essay in the Wall Street Journal is that we have been fighting viruses for eons and we’re still here, so we’re obviously somewhat successful in that effort. But absent a vaccine, how does a body go about fighting a virus?

Our immune system. Basically there are all kinds of receptors on the surface of a virus and our immune system learns to recognize them as a threat and creates cells to destroy them. What happens is that when you are infected your immune system kicks into high-gear. Sometimes that can be a very bad thing because some people are dying because the immune system does them damage. But it’s really kind of immunity at this point. It’s either social distancing or immunity or ideally both absent a therapy. And those therapies can take a couple of different paths. The first is vaccines which can (take) a year or more and the other is treatments that actually destroy the virus or stop the virus from attaching to cells. Basically, if you can stop any part of that chain reaction that causes a viruses to make more copies of itself… you can stop it’s reproduction you can stop it attaching to cells. So you can do all sorts of things like that to disrupt them – the therapies, the immune system, social distancing or a vaccine. Those are the ways. Some of these viruses naturally recede in the summer. But remember if it’s a global virus then when it is summer here then it is winter in the southern continents so you have a global problem no matter what.

Based on what you’ve read about that search for a COVID-19 treatment and the news that you’re seeing – how do researchers go about that?

It’s outside my field but based on the little I’m following, it begins by understanding the structure of the virus. The genetic structure. The protein structure and so forth and they you are trying to find the spots where it is weakest. What things does it need to reproduce? What has to happen for it to attach to cells? And what you are trying to do with therapies is find drug targets – particularly molecular missiles that can go into the virus, attach to it and disrupt its life cycle. And that’s what they are trying to do. I don’t know the timeframe, none of that. But I’m just following the science and people are working hard on it.

It seems one of the biggest issues is that our containment strategy for the new coronavirus has been awful.

It has been. We are not South Korea and we are not China. China has this one source (of infection) in Wuhan. We have several so it is much more complicated here to. Furthermore, we don’t have centralized control, we have different municipalities and so forth. And so it takes collective behavior. But I think people are coming on to it finally. It would have been better two weeks ago but it is what it is.

I think the penny really dropped when the NBA shut down and Tom Hanks announced that he and his wife Rita Wilson had contracted COVID-19.

That’s right. It takes charismatic things like that. It takes a movie star getting it, it takes someone you know getting it because before then it’s just something that is out there in your imagination. All of a sudden when someone gets a fever it becomes real.

Experts keep talking about “flattening the curve” of the infection with the goal of trying to ensure that we don’t exceed the capacity of the health care system to cope with the people who are most severely affected by the coronavirus.

That’s right. And what happens if people in the health care system get infected in numbers? We just have to slow it down as much as possible.

And that’s why we need a widely available test right? Because we need to be able to test health care workers.

I’ve read that one of the things that prompted both the British and American governments to change course and ramp up containment and suppression strategies for the coronavirus is a report from Imperial College and the London School of Hygiene and Tropical Diseases. The report forecast that without a change of strategy the UK could see hundreds of thousands of deaths, and the U.S., more than a million.

The New York Times came out last Wednesday with a prediction of a million to five million for the United States if we don’t do anything. And so I think that shocked a lot of people. And from my perch, people are coming to it late but they are coming to it. We can deflect the curve but we need to do our part. It’s wartime.