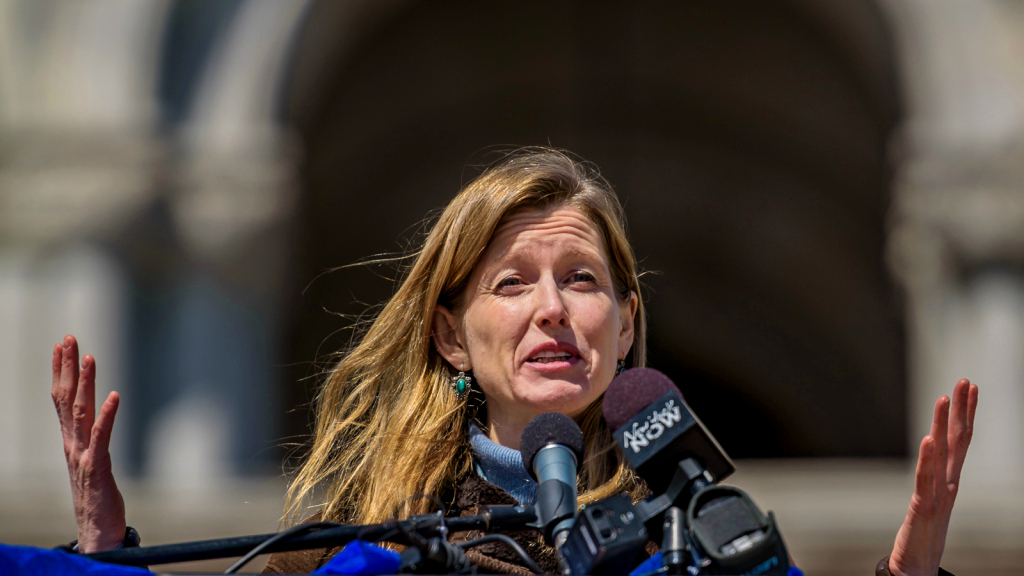 Karenna Gore, founder of the Center for Earth Ethics, will appear in Chicago as part of a forum on climate change. (Credit: Erik McGregor)

That Karenna Gore would assume a leadership role within the climate change movement may not be surprising — her father, after all, is former Vice President Al Gore, who for many years was global warming’s alarm-raiser-in-chief — but the niche the younger Gore occupies is somewhat unexpected.

In 2015, Gore founded the Center for Earth Ethics at Union Theological Seminary, which approaches the environmental crisis from a moral standpoint, operating in the space where climate change intersects with spirituality and religion.

“I did not intend to take up this work myself, actually, until I was at UTS, learning about movement-building and how change happens,” said Gore, 46, who earned a master’s degree from the seminary in 2013. “And then I really felt that I was in a time and a place where I had something to offer, convening and educating and movement-building from this intersection.”

Despite the alarming data associated with climate change — rising temperatures, loss of species, higher sea levels — numbers alone haven’t proven to be compelling enough to prompt radical action, she said, and that’s where appealing to people on moral and ethical grounds comes into play.

“We have to do some hard thinking about what are the things we value most in our society. We need to be changing our own misguided systems and thinking. That is harder work, and one reason why I’m so interested in the connection to religion and spirituality, is that’s work that is done in those spaces,” said Gore.

Gore will expand upon the center’s mission at an upcoming climate change panel in Chicago hosted by Spertus Institute. In advance of her visit, she spoke with WTTW News about her work.

The following Q&A has been edited for length and clarity:

You’re most directly involved with eco-ministry. Can you explain what that means?

Eco-ministry is a calling to serve in this time of ecological crisis. And that can be either in a conventional, traditional ministry where one is, say, a pastor at a church and wants to communicate more about the climate crisis. Or it can be from a place of someone who’s not in a traditional religious institution of any kind but feels the need for healing, for contributing to rebalancing humanity’s relationship to the rest of nature.

There are different ways to practice eco-ministry, but I feel two big roles religion can play are the prophetic and the pastoral. The prophetic, truth-telling, obviously couldn’t be more necessary in this time. To use compelling moral language and personally moving language about this crisis and to cut through a lot of the confusion and the deliberate sort of obscuring of the truth. And then in the pastoral, there’s a need for a great deal of social transformation and people and communities need guidance through that. Of course, with extreme weather events, there’s trauma associated, there’s a need for pastoral counseling through how one copes with that.

What do you say about religious leaders who have aligned themselves with a political ideology that is actively working against the climate change movement?

I think it’s very important to acknowledge that religion can be a force for evil as well. And I do think that when we’re talking about climate change denial, as Mary Robinson, the former president of Ireland has said, it is evil. Many, many people will suffer if we don’t confront this problem. So I think it’s important to acknowledge that religion, any kind of religion, can be used for good or bad.

Today there is a legacy within institutional Christianity that has to grapple with some of the belief systems and thought forms that were very much inspired by colonization, that didn’t respect people’s ties to their local landscapes, that didn’t respect them seeing that relationship as sacred. That certainly was infused with white supremacy. These are important things to grapple with within religion. So it does not surprise me in a way to read about some religious leaders being in climate denial, because there is a mindset that is, in my view, a distortion of theology. And it says that we are here to dominate and control and master the earth. And that is, in part, what has gotten us in this mess. So I think it’s important to actually discuss the theology, not only because it’s a part of the solution but also because it has sometimes been part of the problem.

Some of the solutions to the climate change crisis, like building seawalls to hold back storm surges, also employ that same language of control and mastery, as if humans are the ones under siege, being battered by storms or what have you.

World War II-style mobilization is something that’s used a lot, and there are good reasons for it because it’s an example of how we do something quickly on a large scale when we’re very focused. But I have felt some discomfort at the maybe unintended implication that what we’re at war with is the climate itself as opposed to our own misguided thinking. I think that we need to understand that what needs healing is actually humanity, is our society, ourselves, our behavior and our thinking is what needs healing. So I think we need to understand concepts of balance, harmony, interconnection and interdependence, of moving out of the paradigm of domination, separation and opposition to the rest of the natural world and moving into reconnecting with integrity. Because we are nature, of course. We breathe air, we drink water, we eat food nourished in the soil. It’s an illusion, it’s actually a great illusion, which has been fostered by some religious traditions, that we are separate.

There’s so much potential as we shift our way of thinking towards an understanding of how interrelated and interdependent this life is. It’s actually quite exciting and I think can lead, perhaps, to cultural renaissance in addition to everything else as people become more connected. There’s a river right here near where I work, the Hudson River, people barely pay attention to it, but yet it used to be the center of the culture when Lenape people were living here and they’re fishing and swimming and praying and drawing water. Those things are life-giving and joyful activities. To have an awareness of when the fish spawn, what is the life underneath that surface that we see as we drive over the bridge — to have that kind of awareness is, I think, very exciting and culturally rich with potential as opposed to just going home and watching TV. We have an opportunity to awaken to the natural world.

It’s been nearly 15 years since your father made waves with “An Inconvenient Truth.” At the time, that film seemed like a wake-up call -- one that couldn’t be ignored. But here we are so many years later, and it doesn’t feel like all that much has changed. Have we finally reached a tipping point?

I do remember him saying, “If we don’t change course, then in about 10 years we will start to see stronger storms and wildfires and rising sea levels,” and indeed, it’s exactly what happened. Where we are now, we should listen extra hard to what the scientists are saying, because they have been correct. So what they’re predicting in the next couple of decades is quite dire and it’s not at all an exaggeration.

But we live in such cognitive dissonance. There are still plenty of people, including at the very top of our federal government, acting and speaking as if this is not even a problem. And then we have increasing numbers of people who say, “Well the climate is changing but it doesn’t really matter what’s causing it, we don’t need to argue about what’s causing it, we just need to adapt to it,” which is an insane position. Because of course there’s nothing to adapt to if you don’t deal with it on the level of cause; it will just get exponentially worse. So we’re definitely not there. But I think that we might be almost there. I think we can look at movements in the past where change happens all of a sudden more quickly than people expected, after a long period of struggle in which it seemed hopeless. And I think that there are a lot of things moving: the youth climate movement, some of the movement in the financial sector and also I think education is really important. Greta Thunberg was asked, “How do you get more people to join the movement?” and the answer was, “Tell them the truth.” It’s really that simple. People have not sat with this and been educated, not only in where we are now, looking around at the dire urgency of it, but how we got here. What is the value system that got us to this point? What are the things that we’ve been measuring and not measuring and paying attention to and lifting up as important?

For example, I’ve been to communities that are inundated with coal ash in the American South. It’s largely African American communities, and the health consequences are tragic. There are high cancer rates and asthma rates and it is of course connected to the toxicity that exists in the planet’s atmosphere. So if we had been all along paying attention to the health of those communities and paying careful attention and monitoring that their air and water was not polluted, we would not have gone so far into this crisis. It’s because of the dehumanization and marginalization of communities that live on the front lines of the waste that it has gone so far.

That’s how we got here, and that’s what we need to change, that kind of systemic value change. I think we’re close to a point in which the dam will break and we’ll be able to make those changes. But like everybody, I also live with the frustration that we’re not there.

Karenna Gore will appear at “Responses to Climate Change,” at 6:30 p.m., Tuesday, Feb. 25, at Spertus Institute, 610 S. Michigan Ave. Tickets for the event are still available. Journalist and author David Wallace-Wells will moderate the discussion. In addition to Gore, the panelists include Bill McKibben, Kevin Green, Mirele Goldsmith and Katherine Milkman. 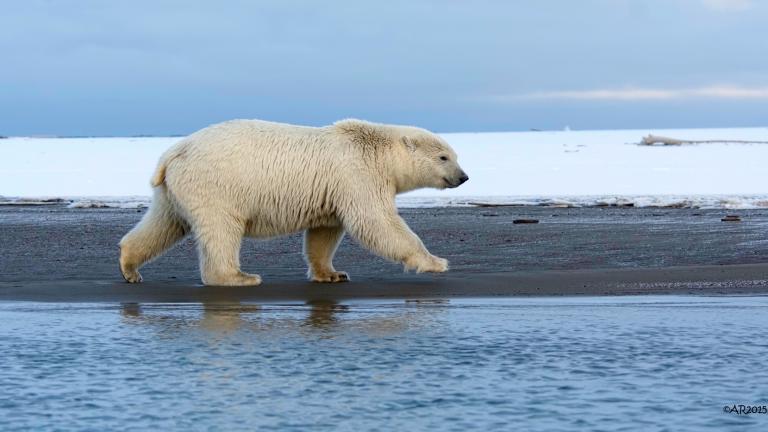 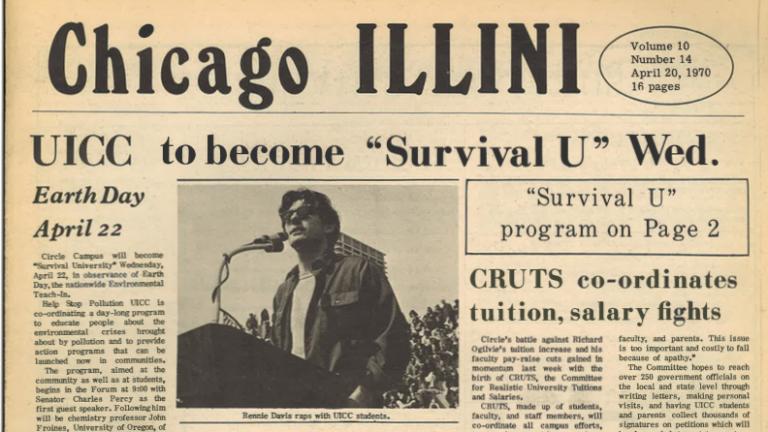 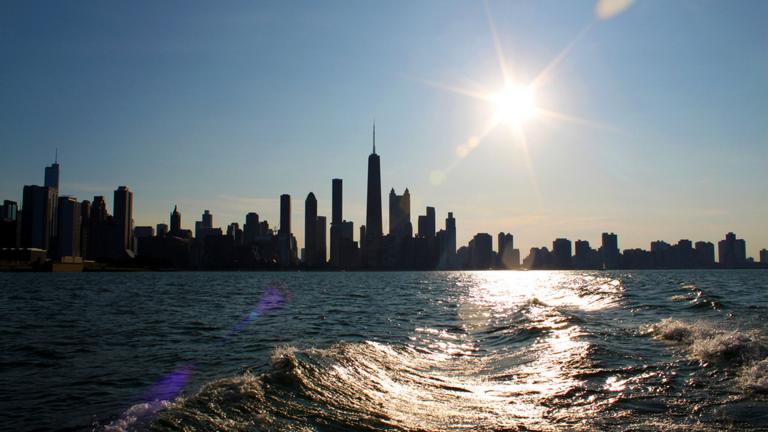 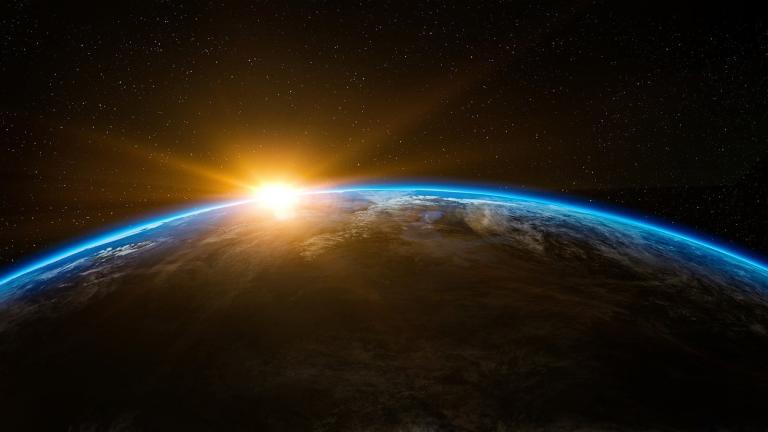 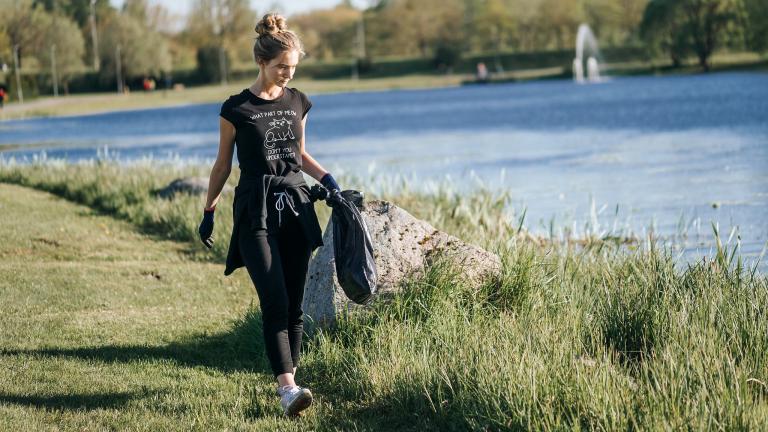