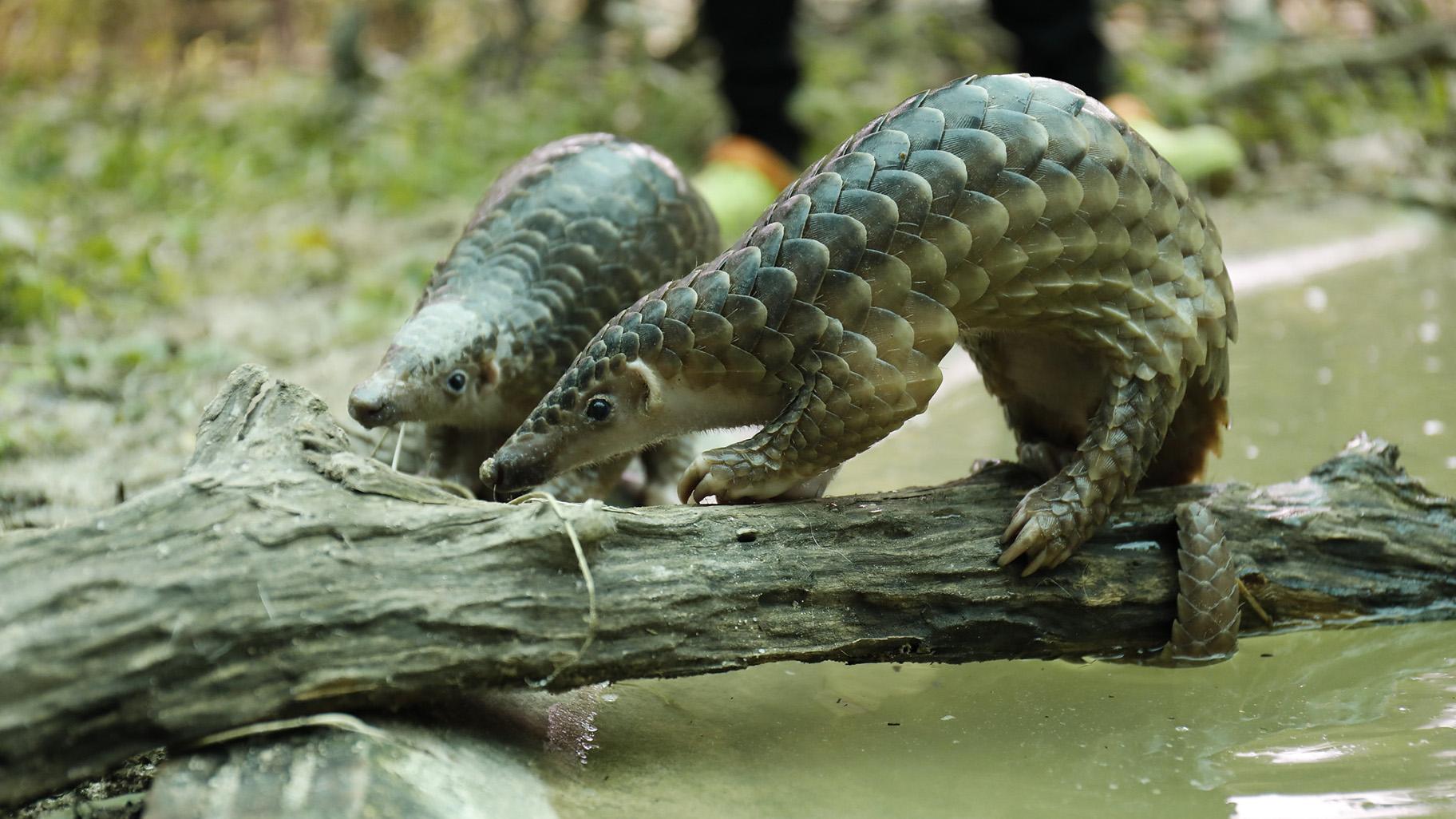 With pressure mounting to identify the source of the deadly coronavirus outbreak, scientists in China have announced preliminary findings that point to the endangered pangolin as the potential culprit.

Dubbed the world’s most trafficked animal, pangolins are prized for their meat and also for their unique keratin scales, which are used in traditional Asian medicines, although there’s no scientific support for any health benefits. Despite an international trade ban, pangolins continue to be illegally poached, transported and sold at markets.

If pangolins are confirmed as the intermediary host for the novel coronavirus (COVID-19) — and that’s still a very big if — there are concerns a wave of panic could further decimate an animal population already on the brink of extinction.

“People might come across pangolins in the wild that would otherwise not bother them, and they just may destroy them out of fear. That would be catastrophic to the remainder of the pangolin populations throughout Southeast Asia,” said Bill Zeigler, senior vice president of animal programs at Brookfield Zoo, which is home to 11 pangolins.

Since 2016, Brookfield Zoo has been part of a seven-institution consortium working to protect and study the creature, with research projects underway to better understand how pangolins behave, reproduce, communicate and react to their environment. Findings can be shared with pangolins’ countries of origin where the information will be used to give the animals a better chance of survival in the wild.

There are eight species of pangolin, half commonly found in Asia and the other half in Africa. In fall 2019, Malaysian pangolins tested positive for a strain of coronavirus, which is like testing positive for any one of the myriad strains of flu, Zeigler explained.

“The research that was done in the fall of 2019 shows that pangolins have the potential because they did find it (coronavirus),” said Zeigler. But the fact that the outbreak has been traced to a single market in Wuhan, which is not the only place where pangolins are illegally sold, he noted, raises any number of questions.

“Something occurred, whether it was the geographic location that those particular pangolins came from — if they are proven to be the source, and I think we have to remember that hasn’t been proven yet — but it may be a geographical location. We don’t know,” Zeigler said. “But it would be premature to say that pangolins everywhere in Asia are an issue.” 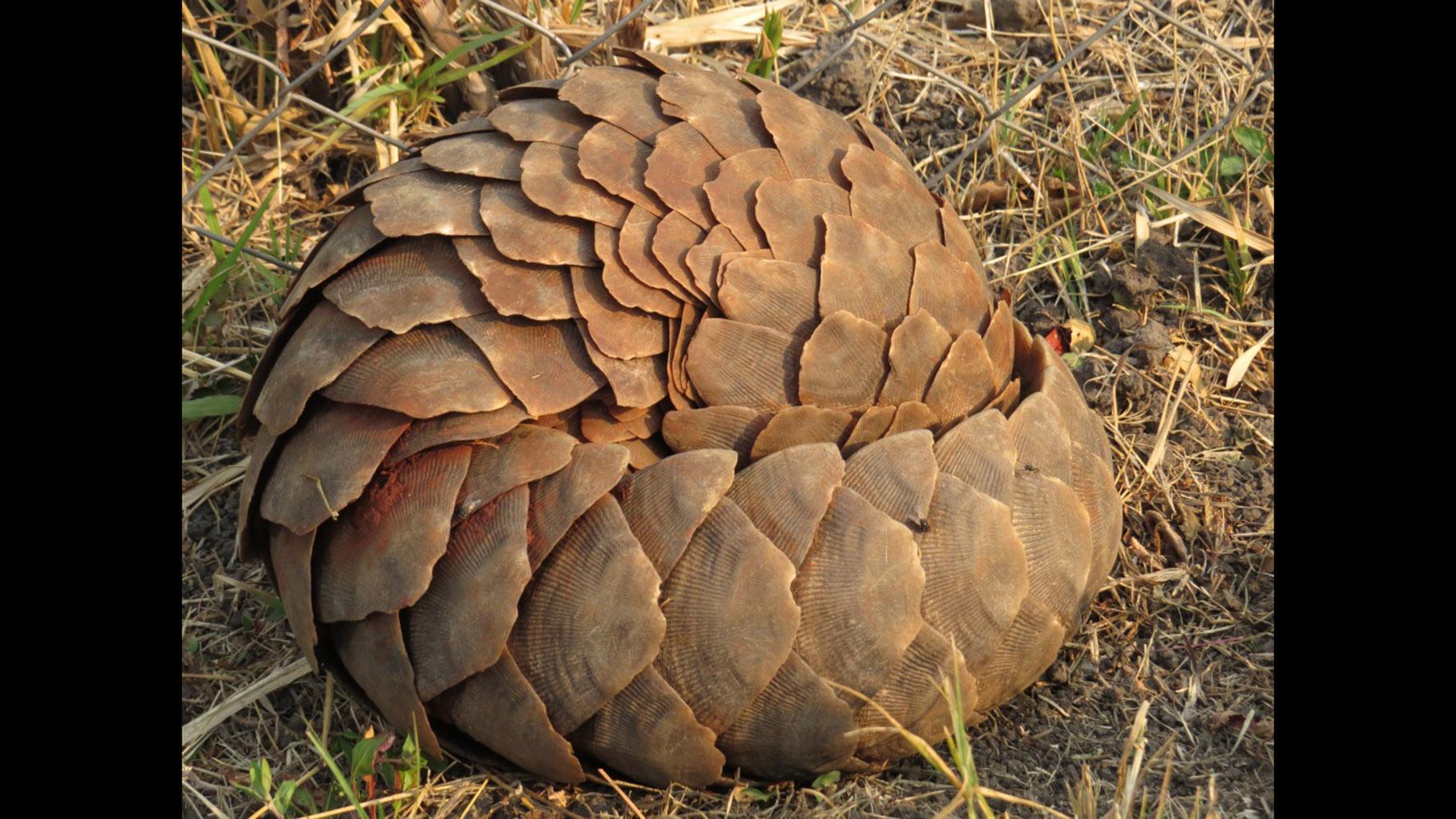 Pangolins curl up in a ball when threatened, their scales forming a solid armor. (Tikki Hywood Trust / US Fish and Wildlife Service / Flickr)

Brookfield Zoo’s pangolins, which are native to Africa, were placed in quarantine when they first arrived in the U.S. and underwent a battery of tests that turned up negative for zoonotic diseases (the type that spread between animals and humans). A lone male is on exhibit at the zoo, with the females and their young (seven have been born in captivity) kept behind the scenes for breeding and observation.

“Every institution is contributing as much as we can to the scientific efforts to understand these animals and support their conservation,” Zeigler said.

It’s only been in recent years that pangolins even entered the consciousness of many Americans, as alarms were raised about the illegal trafficking trade. Now the animal is in the headlines again, and that increased profile could do more harm than good.

“It would be a tragedy if, until we have all the information and the facts at hand, if people would overreact to this and go out and wantonly try to kill every pangolin out there in the wild. That would be terrible,” said Zeigler. “I think the issue is, what’s the collective reaction and how do we manage it to protect people but also to help continue to protect the pangolin. I think those are the concerns I have: How do we move forward to make sure that both humans and pangolins are still a part of our future.” 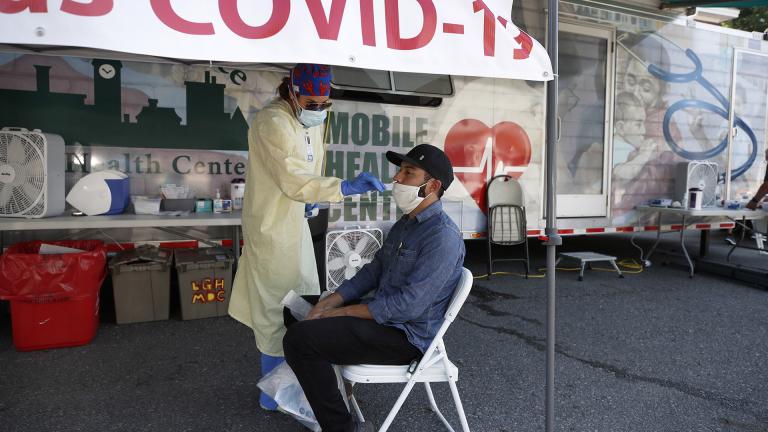 Confirmed Coronavirus Cases Are Rising in 40 of 50 States