Smash Away Your Stress at Chicago’s Only Rage Room

Joe Lupa, the owner of Chicago’s first and only rage room, boils his business down to a simple consumer demand: people like smashing stuff.

“I don’t know when the last time you smashed something was on purpose – ‘on purpose’ is very important,” Lupa said. “But it’s just fun to break stuff, it’s really that simple in some ways. It can be much deeper, but it really is that simple at its core.”

Lupa opened Escapades Rage Room on the city’s Near North Side in fall 2017.

Customers can book time to destroy their own objects or smash items purchased from the rage room, including discarded computer monitors, television sets, printers, plates, tiles and even a 3D-printed plastic bust of President Donald Trump.

Psychologist Bernie Golden, who specializes in anger management, said smashing objects in a rage room may provide a temporary cathartic release, but it doesn’t get to the root of a problem.

“It’s not an effective strategy for managing anger because on one hand, people may feel a release of the tension – the tension in your body that’s associated with anger,” Golden said. “Taking part in this sport doesn’t help people understand their anger.

“Anger’s about a threat as well as negative emotions. So I might feel devalued, disrespected, rejected, discounted – and for many people it’s more comfortable to be angry and focus on the person or situation then sit with those more uncomfortable feelings,” he said.

Lupa said his customers range from bachelor parties having fun to grieving parents dealing with loss.

“We really do run the full gamut,” Lupa said. “I’ve cried with people in here and celebrated at the same time.”

Sandra Serrano sent a flurry of plastic and metal into the air as she smashed broken printers and TV sets Saturday.

“If you have a lot of tension, it just helps – you don’t have to take it out on anyone else but these items,” Serrano said. “But I do feel like cleaning up afterwards.”

Lupa said he tries to keep his business as green as possible and encourages people to bring in their unwanted electronic waste to smash into recyclables.

“We can smash it here and start the recycling process by breaking it into its recyclable components and then we recycle it from here,” Lupa said.

Tags:
made in Chicago
Joe Lupa 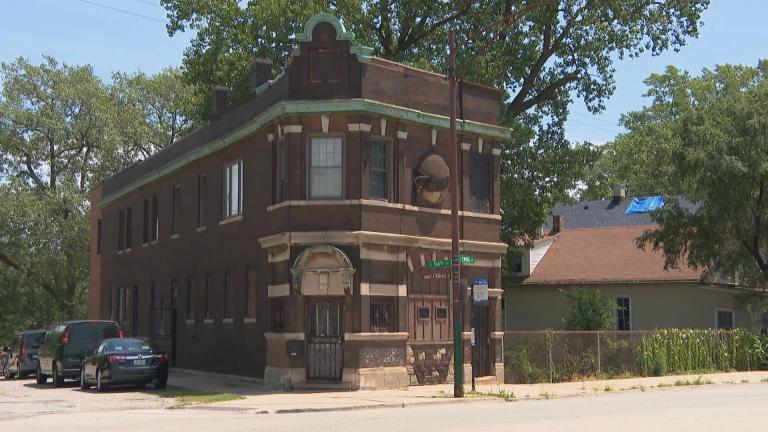