Judge Douglas Ginsburg is on a mission to give America a civics lesson.

Ginsburg, who has served on the U.S. Court of Appeals for the D.C. Circuit for more than three decades since being appointed by President Ronald Reagan in 1986, says too many Americans have only the vaguest knowledge of the Constitution and the rights it grants them.

He laments the fact that many students are no longer taught civics.

“Many school systems have eliminated classes in civics. Some have even eliminated American history. That’s gone on for several decades now so we have young people who are really quite ill-informed (and) shockingly ignorant about the Constitution,” said Ginsburg. “Of course it doesn’t prevent people from having ideas and opinions about the Constitution – although many of them have never bothered to read it.”

To combat that ignorance, Ginsburg has worked with PBS to create a new three-part series about the Constitution. The show, “A More or Less Perfect Union,” debuts later this month.

Teaching courses to go along with the series for grades seven through 12 are also being developed and distributed to educators for free.

Ginsburg, who was nominated to the Supreme Court by Reagan but withdrew his name from consideration after admitting to, on occasion, smoking marijuana earlier in his life, is a proponent of originalism when it comes to interpreting America's founding document.

“We have really only two choices. We can adhere to the original meaning of the Constitution – what the words meant to those who ratified them – or we can tolerate revisions by … five members of the Supreme Court,” he said.

But he thinks it’s not the role of the courts to act because legislators have failed to.

“I do think it is problematic to authorize revision of the Constitution in such an undemocratic fashion,” Ginsburg said.

Part of the problem, he says, is that the Supreme Court “has gone into the business of moral philosophy instead of reading the text of the Constitution.”

But Ginsburg also believes Congress has contributed to the problem by delegating its responsibilities to others. In particular, he notes government agencies and commissions pass 18 times as many regulations as Congress does laws.

“Our laws are no longer made by our legislators,” said Ginsburg. “The legislators made other legislators who are not elected – we really don’t know who they are – and then they implement these very broad aspirational statutes … It’s a complete distortion. Congress has been very happy to escape responsibility and vote for nice aspirational goals and let others take the heat for implementing them.”

Ginsburg believes one way to reverse that trend is to make sure more people truly understand the genius of the Constitution and the founders’ intentions when they wrote it.

“The very first necessity for any solution is that we have an informed public,” said Ginsburg. “That people start to understand what has happened and that they begin to have an understanding of what their rights are and how they can assert them.”

A More or Less Perfect Union will air on WTTW starting Feb 16. It is also available to stream at freetochoosenetwork.org and pbs.org. 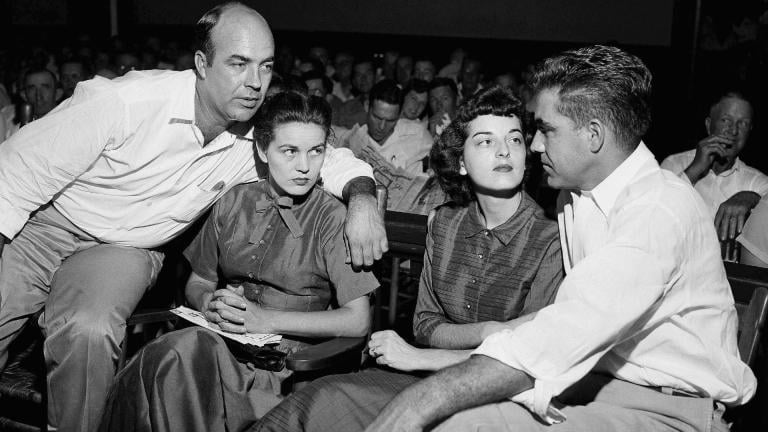