One year ago, the Department of Homeland Security implemented the Migrant Protection Protocols, also known as the “Remain in Mexico” program.

DHS says the policy addresses the “security and humanitarian crisis on the Southern border,” and that:

The Migrant Protection Protocols (MPP) are a U.S. Government action whereby certain foreign individuals entering or seeking admission to the U.S. from Mexico – illegally or without proper documentation – may be returned to Mexico and wait outside of the U.S. for the duration of their immigration proceedings, where Mexico will provide them with all appropriate humanitarian protections for the duration of their stay.

Since that action was introduced, more than 55,000 asylum-seekers have been told to wait in Mexico – not the U.S. – for their cases to be heard. As of November, about half of those cases had been completed, with a success rate of less than 1%, according to U.S. Customs and Border Protection, as reported by NPR. 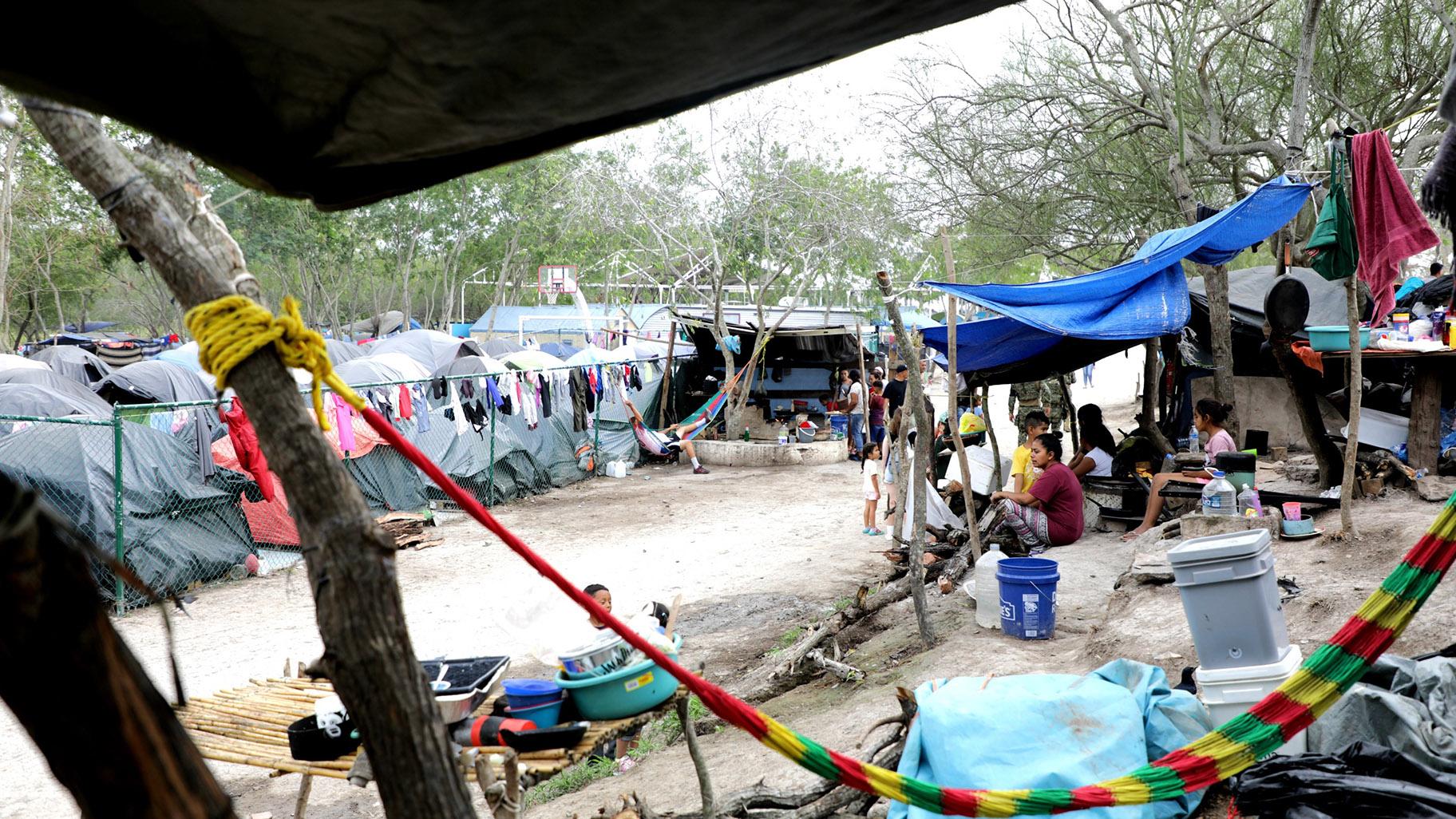 A migrant camp in Matamoros, Mexico, where thousands of asylum-seekers have been living for months as they wait for their court hearings. The camp is without running water or working toilets. (Credit: Maria Ines Zamudio)

WBEZ reporters have made several trips to the Mexican border town of Matamoros to document the impact of the policy. Maria Ines Zamudio was there recently for the second time in recent months. She reported that conditions had worsened, and that increasing numbers of minors were crossing the border unaccompanied, hoping to be reunited with family members in the U.S.