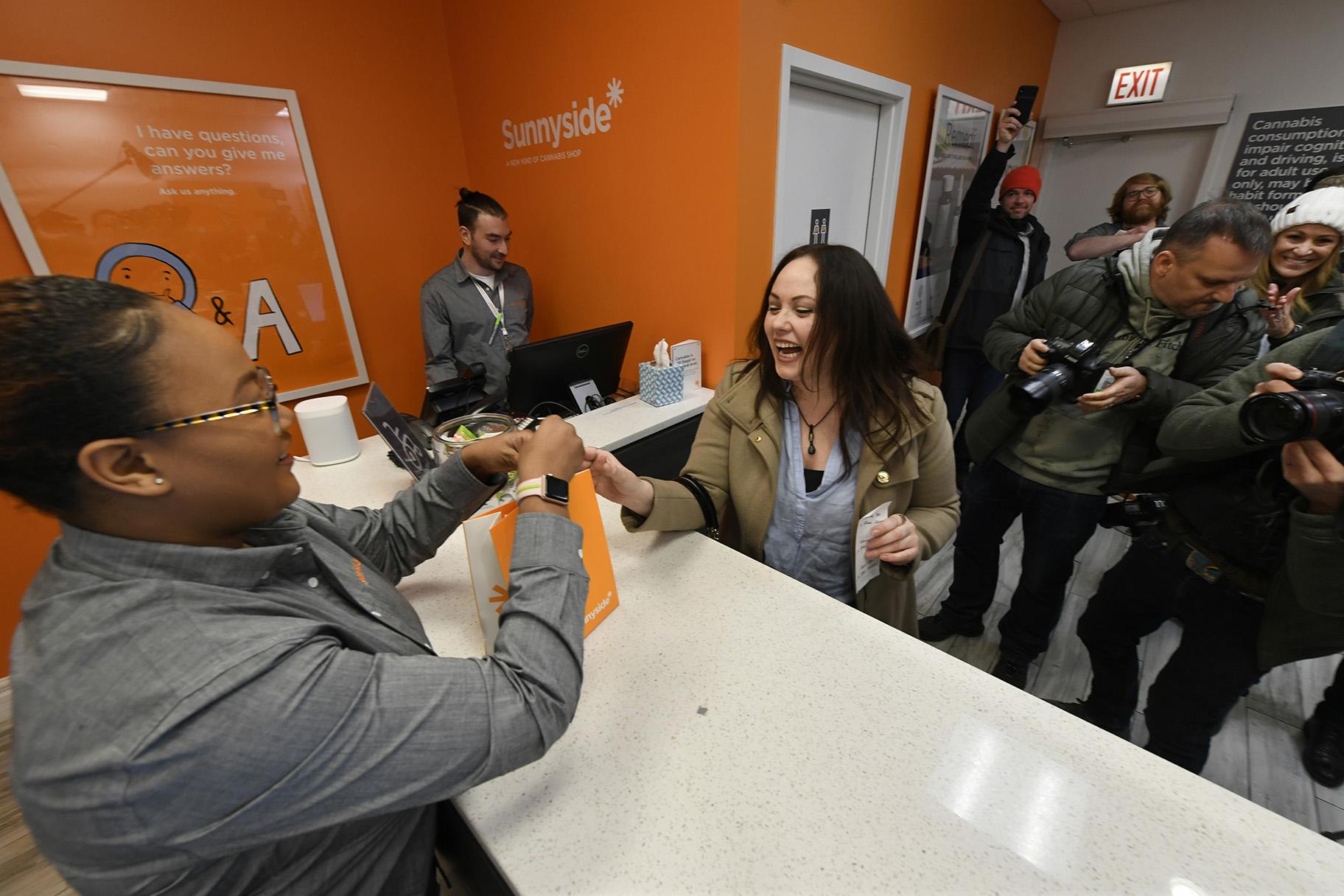 CHICAGO (AP) — The sale of marijuana for recreational purposes became legal Wednesday in Illinois to the delight of pot fans — many who began lining up hours early at dispensaries.

About 500 people were outside Dispensary 33 in Chicago. Renzo Mejia made the first legal purchase in the shop shortly after 6 a.m., the earliest that Illinois’ new law allowed such sales.

“To be able to have (recreational marijuana) here is just mind-boggling,” Mejia told the Chicago Sun-Times after buying an eighth of an ounce called “Motorbreath.”

Illinois already allowed medical marijuana, but it is now the 11th state to allow its use and sale for recreational purposes. The law approved by the Democratic-controlled Legislature and signed by Democratic Gov. J.B. Pritzker allows people 21 or older to possess of up to 30 grams (1.06 ounces) of cannabis flower and up to 5 grams (0.17 ounces) of cannabis concentrate.

Pamela Althoff, executive director of the Springfield-based Cannabis Business Association of Illinois, told The Associated Press that she spent much of Wednesday morning in Chicago and the city’s northwestern suburbs. She said wait times of up to three hours were getting shorter as the day progressed.

“It has been joyous and well-run,” she said. “People are extraordinarily courteous and civil.”

Police were on-hand at most shops mostly to control traffic.

Althoff cautioned that recreational marijuana may not be consumed in public and added that like all new products, it may be a little expensive.

“We hope that down the line it will become less expensive,” she said. “The message from the industry is not promoting or opposing, it’s the state of Illinois made it legal and we’re here to provide a safe and a quality product for those who wish to consume. We encourage our customers to be responsible.”

Mary Yazel-Muska, 65, told the Chicago Tribune that she planned to celebrate her purchase from a dispensary in suburban Mundelein with champagne and edibles at home with her boyfriend.

“I’m a responsible human being,” Yazel-Muska said. “I own a home. I worked for a bank as a fraud investigator for 20 years. I rescue dogs. I volunteer. I take care of my 93-year-old mother. It’s not like we’re all a bunch of hippies.”

Cannabis sales could generate $250 million for Illinois by 2022, according to estimates by state officials.

Neighboring Michigan  made recreational marijuana legal starting Dec. 1. Missouri voters made medical marijuana legal in 2018, but the state is still working on licensing businesses. The sale and use of weed for any reason still are illegal in Indiana and Wisconsin.

Michigan has 23 retailers licensed for adult-use recreational sales. Its single-transaction limit is the same for residents and nonresidents.

A key part of Illinois’ law is the expungement of some low-level marijuana convictions. On Tuesday, Pritzker granted more than 11,000 such pardons. 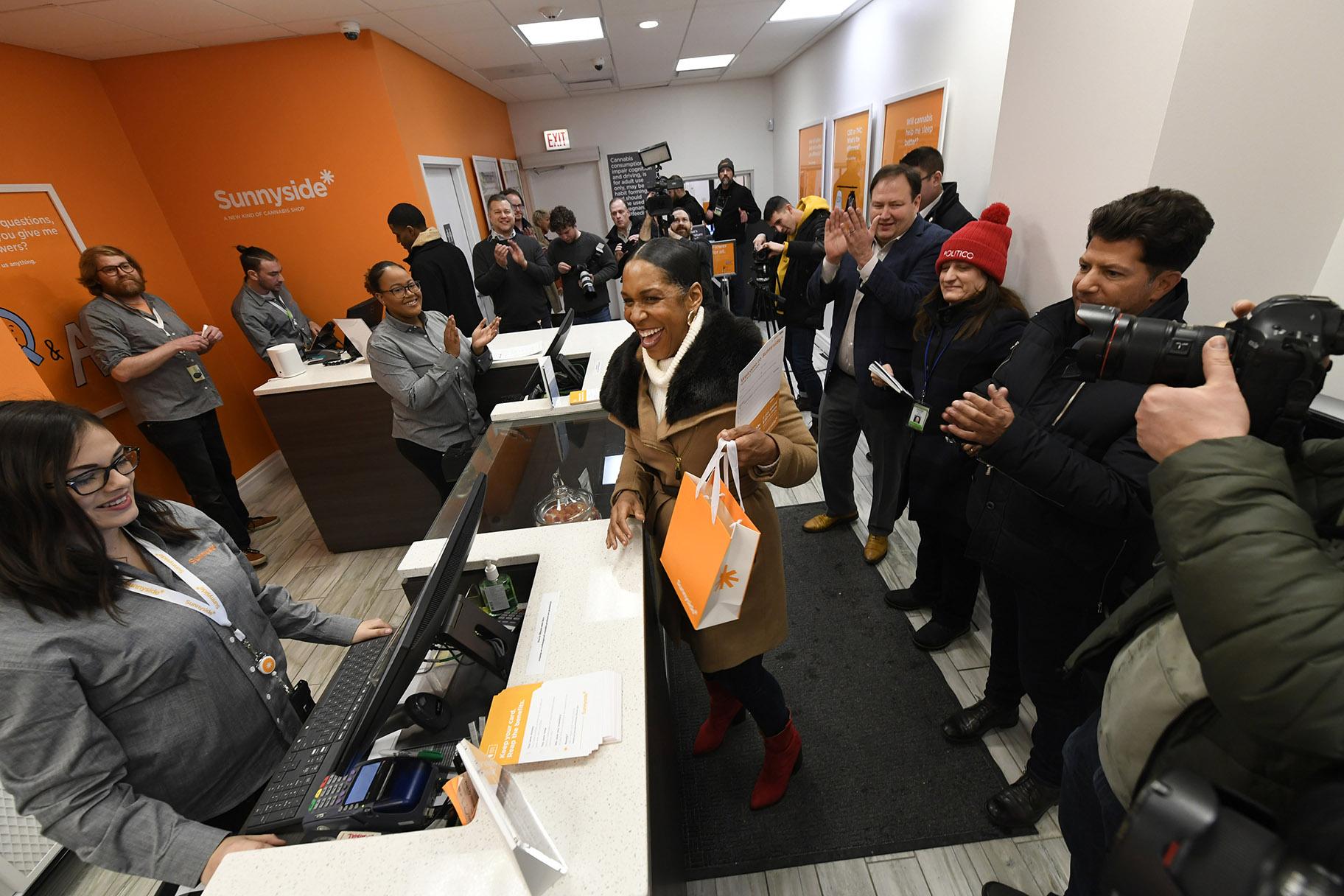 Pritzker’s administration said “Illinois has achieved a monumental milestone” with the launch of legalized cannabis.

It “includes communities left behind for far too long, creates good jobs and expunges thousands of records for those who have lost out on opportunities and ends prohibition,” said Toi Hutchinson, senior advisor to the governor for Cannabis Control.

But a national alliance that opposes marijuana legalization said Tuesday night that marijuana commercialization is a bad idea.

“In the end, big pot only cares about being able to peddle its addictive, highly potent products in disadvantaged communities as it takes its playbook from big tobacco,” said Kevin Sabet, president of Smart Approaches to Marijuana. “This what we have seen in every single state that has gone down this road, and we have no reason to expect Illinois’ experience to be any different.”