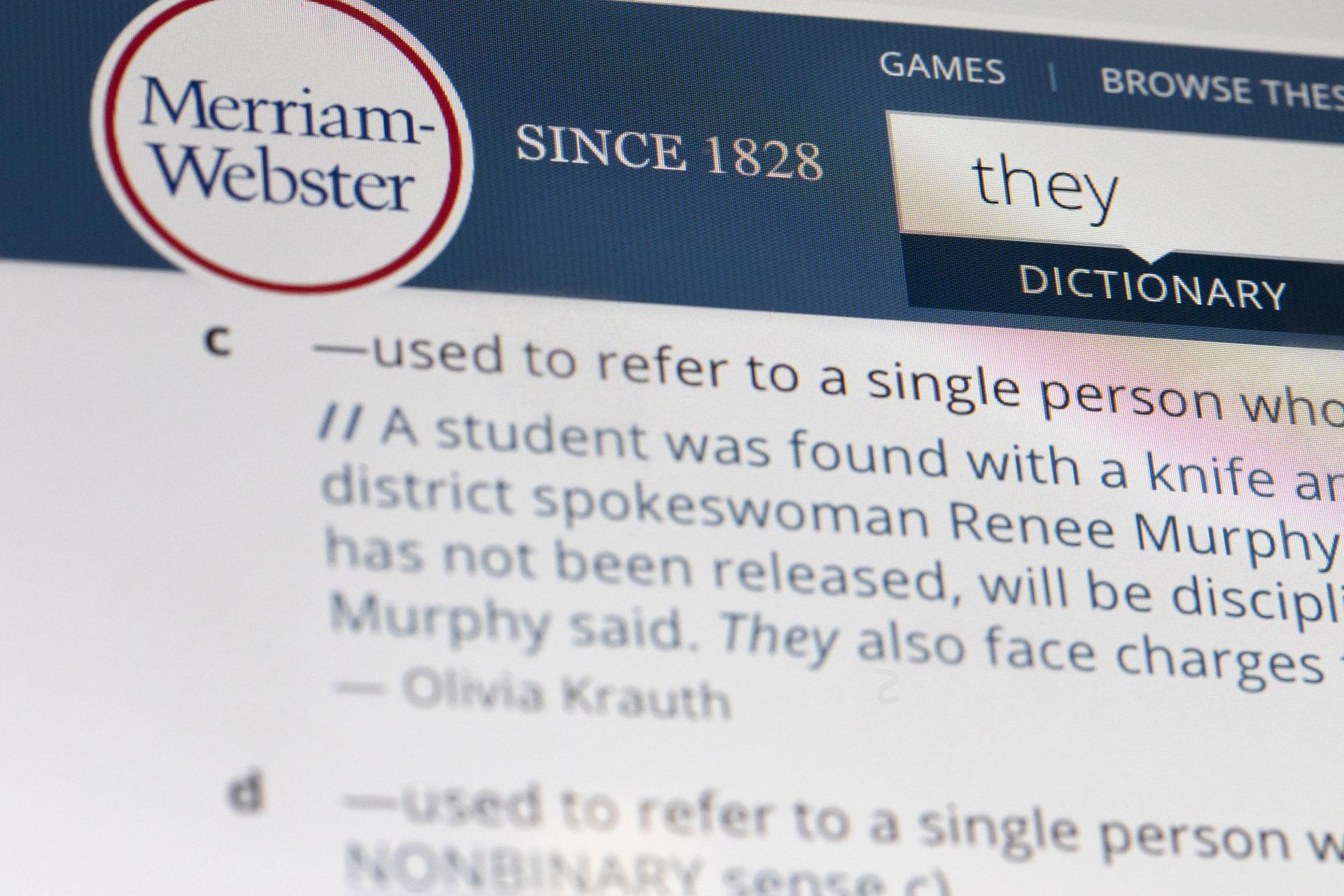 NEW YORK (AP) — A common but increasingly mighty and very busy little word, “they,” has an accolade all its own.

The language mavens at Merriam-Webster have declared the personal pronoun their word of the year based on a 313% increase in look-ups on the company’s search site, Merriam-Webster.com, this year when compared with 2018.

“I have to say it’s surprising to me,” said Peter Sokolowski, a lexicographer and Merriam-Webster’s editor at large, ahead of Tuesday’s announcement. “It’s a word we all know and love. So many people were talking about this word.”

Sokolowski and his team monitor spikes in searches and “they” got an early start last January with the rise of model Oslo Grace on top fashion runways. The Northern Californian identifies as transgender nonbinary, walking in both men’s and women’s shows around the world.

Another look-up spike occurred in April, when U.S. Rep. Pramila Jayapal, D-Washington, got emotional while talking of her gender-nonconforming child during a House committee hearing as she advocated for LGBTQ rights legislation.

Merriam-Webster recently added a new definition to its online dictionary to reflect use of “they” as relating to a person whose gender identity is nonbinary. In October, the American Psychological Association endorsed “they” as a singular third-person pronoun in its latest style guide for scholarly writing.

“We believe writers should try to use a person’s self-identified pronoun whenever feasible,” said Jasper Simons, chief publishing officer for the APA. “The singular ‘they’ is a way for writers to avoid making assumptions about gender when it is not known.”

The American Dialect Society, which is dedicated to the study of the English language in North America, named “they” its word of the year for 2015, in recognition of its emergence among people who reject “he” and “she.”

In September, Merriam-Webster experienced another big increase in look-ups for “they” when pop star Sam Smith wrote on social media that their preferred pronouns were “they” and “them.” Smith said the decision came after a “lifetime of being at war with my gender.”

Sokolowski told The Associated Press that “they,” one of a handful of nonbinary pronouns to emerge in recent years, is “here to stay.” Nick Adams, director of transgender representation for the LGBTQ advocacy group GLAAD, said Merriam-Webster’s choice is a positive step in acknowledging nonbinary people.

“There is a long road ahead before language, policy and culture are completely affirming and inclusive,” Adams said.

And the Merriam-Webster runners-up?

They include “quid pro quo,” “impeach” and “crawdad,” the latter a word in the title of Delia Evans best-selling novel, “Where the Crawdads Sing.” The Top 10 also included “egregious,” “clemency” and “the,” a shocker of a look-up spike when The Ohio State University attempted to patent the word to protect its turf. It failed.

Also in the mix: “snitty,” which emerged on the lips of Attorney General William Barr in reference to a letter by Robert Mueller about a summary Barr wrote of the Mueller report.

We have Washington Post columnist George Will to thank for “tergiversation.” The word, meaning an evasion or a desertion, was Merriam-Webster’s top look-up on Jan. 24 after Will used it in a column in reference to Lindsey Graham.

The words “camp” and “exculcate” rounded out the Top 10 list.

Nomophobia, Incel, Toxic: The 2018 Words of the Year 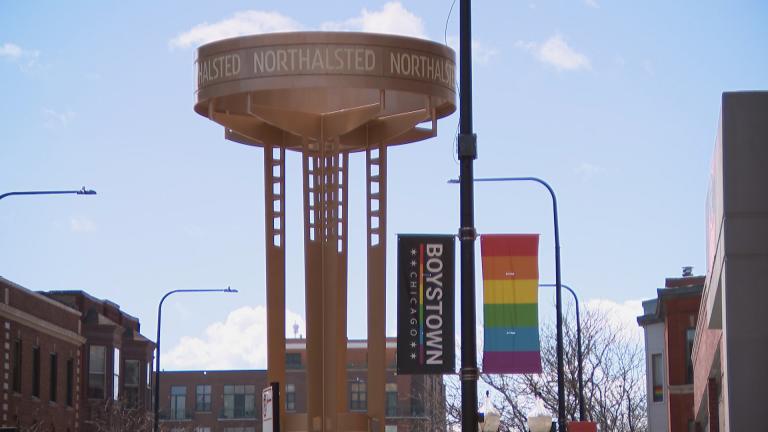 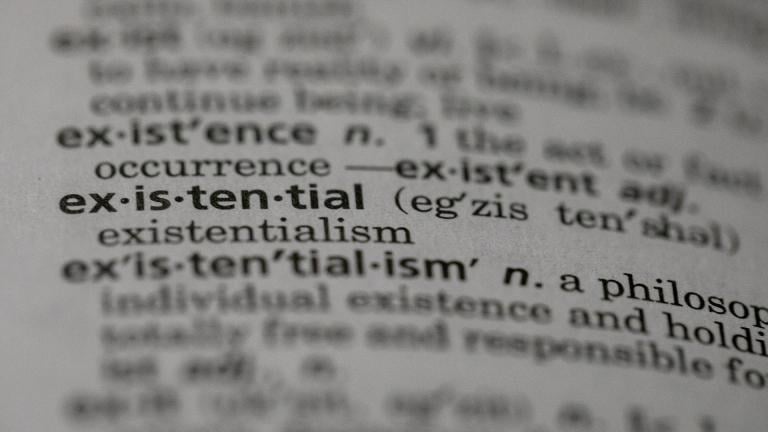