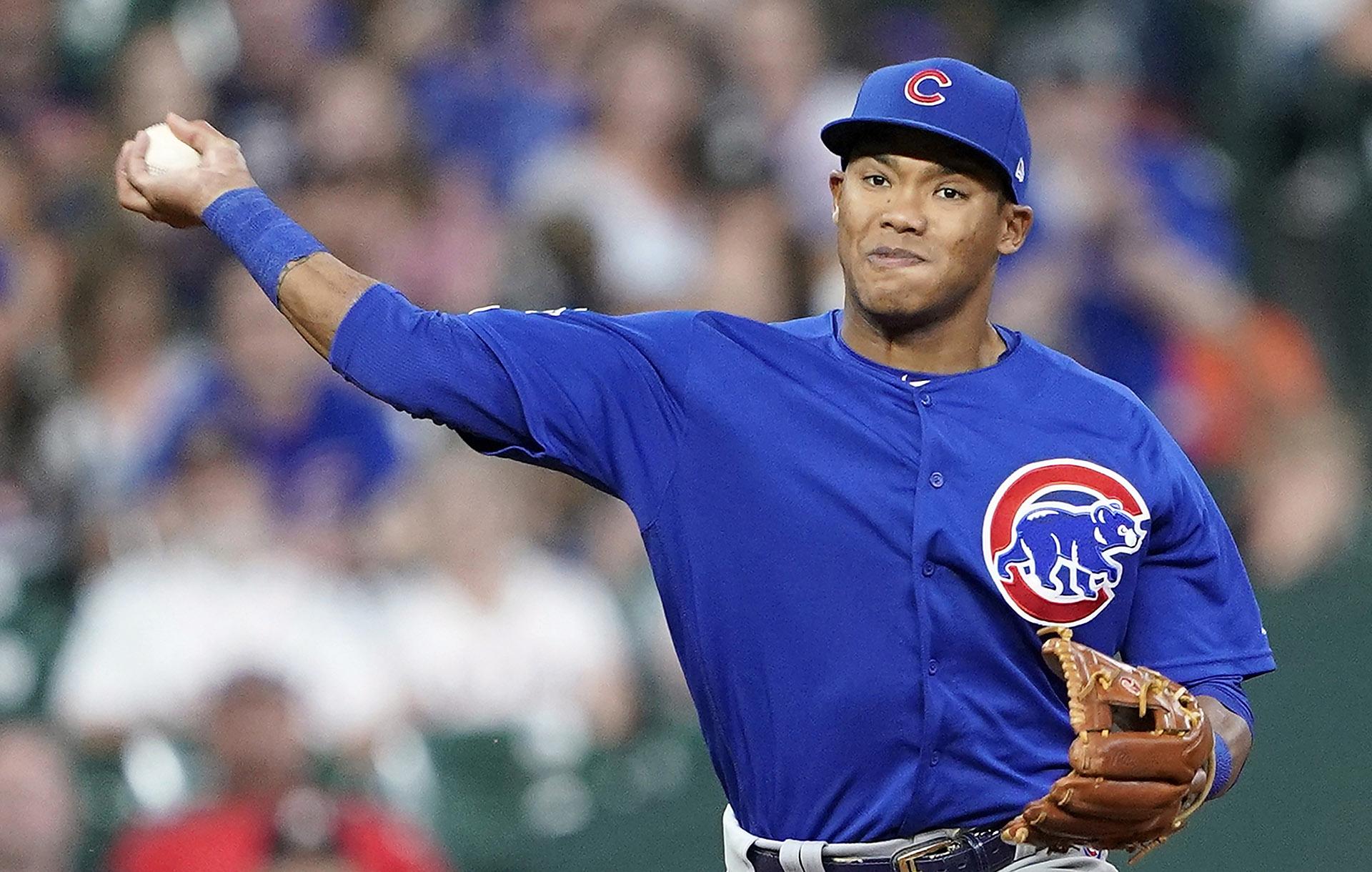 In this May 29, 2019, file photo, Chicago Cubs shortstop Addison Russell throws to first during the eighth inning of a baseball game against the Houston Astro in Houston. (AP Photo / David J. Phillip, File)

CHICAGO (AP) — The Chicago Cubs did not offer a 2020 contract to shortstop Addison Russell on Monday, making the 2016 All-Star a free agent one year after he was suspended for violating Major League Baseball’s domestic violence policy.

Russell was banned for 40 games last offseason after a series of allegations made by ex-wife Melisa Reidy. The 25-year-old returned to the Cubs in May and batted a career-low .237 with nine homers, 23 RBIs and a .699 OPS.

Russell earned $4 million in 2019 and was likely to gain a raise in arbitration, probably to around $5 million.

“We decided to non-tender Addison Russell today simply because the role we expected him to play for the 2020 Cubs was inconsistent with how he would have been treated in the salary arbitration process,” Cubs executive Theo Epstein said in a statement.

MLB began an investigation in 2017 after allegations against Russell first became public. Reidy published a blog post last September describing more detailed allegations, including years of physical and emotional abuse. Less than 12 hours later, MLB announced Russell had been put on leave under its domestic violence policy. He accepted the suspension on Oct. 3.

Russell received a mixed welcome from fans at Wrigley Field and was booed often on the road after serving his suspension. He said in February that he was accountable for his past actions and apologized for “the hurt and the pain” he caused.

Epstein said at the time that Russell’s return was “not a finish line” but said “there has been progress.” He praised Russell’s progress Monday.

“He has lived up to his promise to put in the important self-improvement work necessary off the field and has shown growth as a person, as a partner, as a parent and as a citizen,” Epstein said. “We hope and believe that Addison’s work and growth will continue, and we have offered our continued support of him and his family, including Melisa.”

The Cubs also agreed to a $640,000, one-year deal with right-hander Jharel Cotton and failed to offer a contract to left-hander Danny Hultzen before the tender deadline. Hultzen, the second-overall pick in the 2011 amateur draft, overcame numerous injuries to make his major league debut in 2019. He pitched 3 1/3 scoreless innings over six appearances.