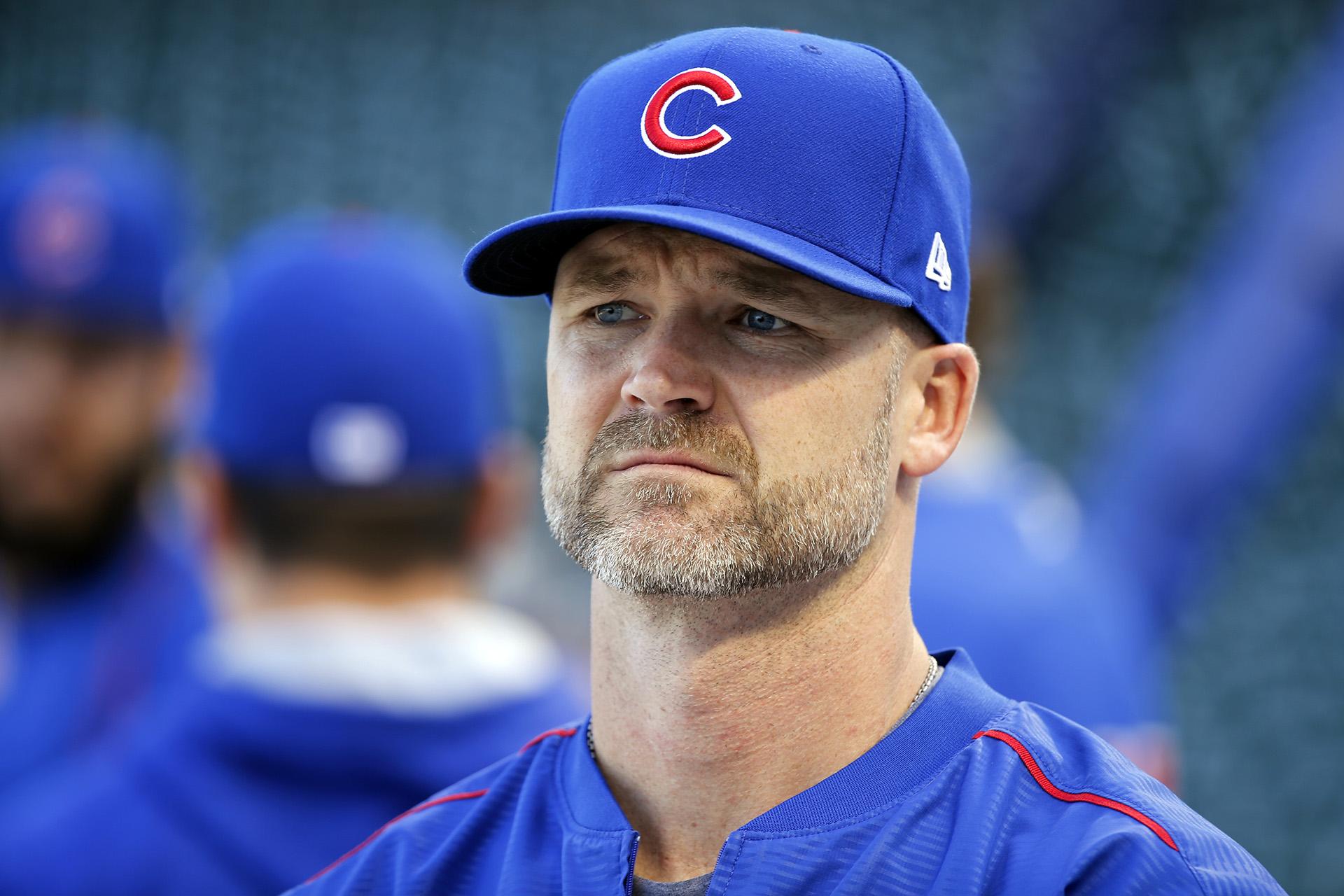 CHICAGO (AP) — The Chicago Cubs hired former catcher David Ross to replace Joe Maddon as their manager Thursday, hoping he can help them get back to the playoffs after missing out for the first since 2014.

The Cubs announced a three-year deal with Ross with a club option for the 2023 season. He becomes the 55th manager in club history.

The 42-year-old Ross played the final two of his 15 major league seasons with the Cubs and was a revered leader on the 2016 team that won the World Series, ending a championship drought dating to 1908. He spent the past three years in Chicago’s front office and was widely viewed as a potential replacement for Maddon, who compiled a 471-339-1 record in five seasons.

“I’m honored by this opportunity to be the next manager of the Chicago Cubs,” Ross said in a statement. “My time with this organization has been special since the day I joined, so to continue with the club in this role is a blessing for which I'm so very thankful.”

Chairman Tom Ricketts described Ross as a “proven winner.” And president of baseball operations Theo Epstein called him “as gifted a leader as I’ve ever come across.”

Ross has no coaching or managing experience. But he played a huge role in reshaping the culture of the Cubs’ clubhouse and was affectionately nicknamed “Grandpa Rossy” by Kris Bryant and Anthony Rizzo.

At age 39, he became the oldest player to homer in a Game 7 of the World Series when he connected off Andrew Miller in the sixth inning in Cleveland. The Cubs went on to win in the 10th, and Ross got carried off the field and into retirement by Rizzo and Jason Heyward.

Ross takes over for a manager who will be tied to Chicago forever because of the 2016 team’s championship run.

While praising Maddon at the end of the season and portraying the Cubs’ issues as organizational, president of baseball operations Epstein said he wanted someone who will bring a culture of accountability to the clubhouse.

Only four other managers in franchise history have more victories than Maddon. The Cubs reached the NLCS in 2015 and 2017 and made the playoffs his first four years. But they lost in the wild-card round last October and tumbled out of the playoff race altogether this year. Weighed down by a puzzling discrepancy between their 51 wins at Wrigley Field and 33 road victories, the Cubs finished third in the NL Central at 84-78.

The Cubs were in position to make the playoffs for much of the season. They had a half-game lead in the NL Central on Aug. 22. They had control of an NL wild card into September.

But a nine-game slide, including five consecutive one-run losses for the first time since 1915, wiped out their postseason chances and sealed Maddon’s fate.

With an expiring contract, he and the club parted ways. Maddon wound up taking the job with the Los Angeles Angels. And more big changes could be coming to the Cubs.

Though Bryant and Javier Báez are under contractual control for two more years, the front office needs to determine what they want to do with each slugger in the near future. Both would figure to command huge contracts if they hit the open market. Trading one could restock a thin farm system. The same goes for catcher Willson Contreras.

Ben Zobrist and Cole Hamels have expiring contracts, possibly freeing up some money for a team that began the season with the second-highest payroll on opening day at $209 million. The same goes for Nicholas Castellanos, who made a big impression on the Cubs after he was acquired in a July 31 trade with the Tigers. He batted .321 with 16 homers and 36 RBIs in 51 games for Chicago.