Video: A conversation with Thomas Mockaitis, a professor of history at DePaul University and author of “Violent Extremists: Understanding the Domestic and International Terrorist Threat.”

The killing of Abu Bakr al-Baghdadi by U.S. forces leaves the Islamic State without an obvious leader, a major setback for an organization that in March was forced by American troops and Kurdish forces out of the last portion of its self-declared “caliphate,” which once spanned a swath of Iraq and Syria.

But the militant group, which arose from the remnants of al-Qaida in Iraq after that group’s defeat by U.S.-led forces in 2008, has ambitions to regenerate again. And it remains a dangerous threat in Iraq, Afghanistan and beyond.

“The bottom line is: This puts the enemy on its heels, but the ideology — and this sounds so cliched — it is not dead,” said Chris Costa, a former senior director for counterterrorism for the National Security Council in the Trump administration.

Key to the Islamic States is its “kill where you are” ethos, encouraging a far-flung network of followers, including those in the United States, to commit violence however and wherever they can. That jihadist message is likely to live on, even with the death of al-Baghdadi.

That means U.S. forces, perhaps in reduced numbers, will continue hunting and attacking key Islamic State targets, even as Trump says he’s committed to a 2016 campaign pledge to bring them home and end “endless wars” started under his predecessors.

Trump earlier this month went from declaring a near-complete withdrawal of U.S. forces from Syria to deciding that some, perhaps several hundred, must stay to keep eastern Syria’s oil fields from falling back into the hands of the Islamic State. Trump also agreed to keep about 150 U.S. troops at a base in southern Syria.

In announcing on Sunday that al-Baghdadi had blown himself up after being cornered in a dead-end underground tunnel in Syria, Trump acknowledged that IS, which he often calls “100 percent” defeated, still has ambitions to make a comeback. The group is “very, very strongly looking to build it again,” he said.

This, he said, explains why Baghdadi was in the Idlib province of northwestern Syria, an area largely controlled by a rival group — the al-Qaida-linked Hayat Tahrir al-Sham — although other jihadi groups sympathetic to Islamic State are also there.

“Well, that’s where he was trying to rebuild from because that was the place that made most sense, if you’re looking to rebuild,” Trump said. 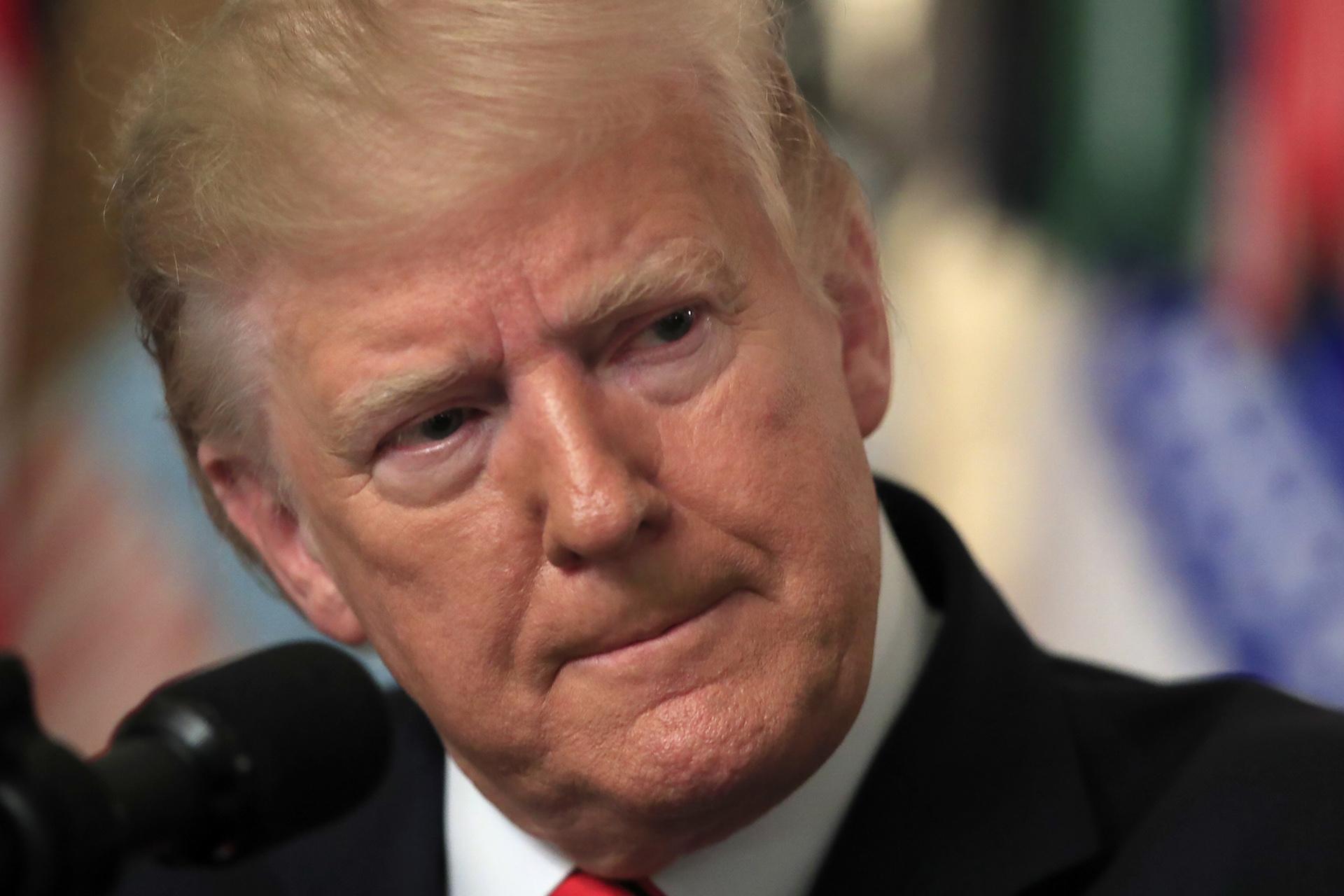 Trump suggested that other countries, including Russia, carry on the fight against IS, but there is no indication that U.S. forces will abandon the mission any time soon.

“Our job is to stay on top of that and to make sure that we continue to take out their leadership,” Defense Secretary Mark Esper said on ABC’s “This Week.”

Rep. Mike Rogers, the ranking Republican on the House Homeland Security Committee, said five years of U.S. and coalition effort inside Syria have not eliminated the Islamic State threat.

“While the death of its leader is a tremendous blow for the group, about 10,000 ISIS fighters remain in the region and will continue to carry out guerrilla attacks and seek new territory,” he said.

According to defense officials in Iraq and Afghanistan who study Islamic State and have watched its movements, the group is growing in power and numbers outside of Syria.

Its flagship affiliate is known as ISIS-Khorasan in Afghanistan, and it is expanding into other countries, including Pakistan, Tajikistan, Iran, India, Bangladesh and Indonesia. Many of those affiliates have liaisons in the terror group’s hub in eastern Afghanistan.

In addition to conducting high-profile attacks inside Afghanistan, the official said the Islamic State has also already proven its ability to inspire and enable terrorist attacks outside Afghanistan, including a deadly one in Sweden.

It is this global reach that makes the Islamic State a continuing worry, including for U.S. officials seeking to protect the homeland. 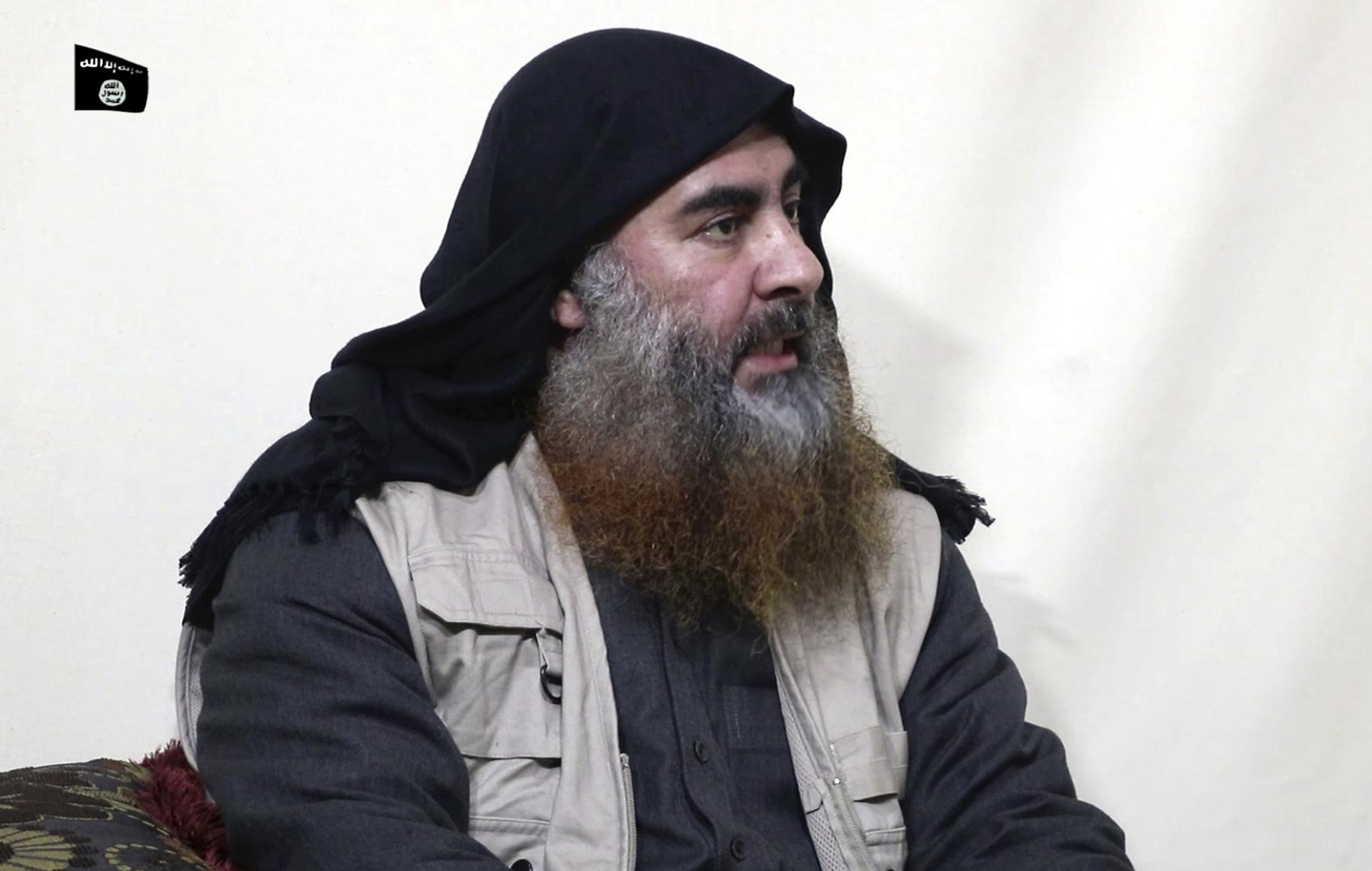 This file image made from video posted on a militant website April 29, 2019, purports to show the leader of the Islamic State group, Abu Bakr al-Baghdadi, being interviewed by his group’s Al-Furqan media outlet. (Al-Furqan media via AP, File)

Al-Baghdadi served as a direct inspiration for extremists in the United States, where multiple jihadists in the last five years invoked his name as they carried out deadly acts of violence.

Omar Mateen, the gunman who in 2016 killed 49 people inside an Orlando, Florida nightclub, pledged allegiance to al-Baghdadi during a 911 call in which he identified himself as an Islamic soldier. Months earlier, Tashfeen Malik, who along with her husband killed 14 people at a San Bernardino, California, holiday party, took to Facebook after her massacre was already underway to declare her support for al-Baghdadi.

“That voice, the face associated with it — the name in particular — it’s all directly linked to those in the United States who have pledged allegiance to him so as to conduct attacks in the group’s name,” said Joshua Geltzer, a former senior counterterrorism official in the Obama administration.

The death of al-Baghdadi leaves the group without an equally brand-name successor and deprives would-be jihadists of a figurehead leader to rally behind. Counterterrorism experts say that leadership void is a significant loss for a terror group that had lost the vast stretches of the physical caliphate in Syria and Iraq it had once controlled. But they also caution that they expect the group’s ideology to endure beyond al-Baghdadi.

“I’ve always said, yes, I will celebrate when Baghdadi is dead, but at the same time, that celebration is quiet and quick, because there are other Baghdadis out there who have been radicalized,” said Costa, the former NSC official.

Still, Costa said, the raid was hugely significant in part because it shows the U.S. can use solid intelligence to carry out a successful military operation, no matter the current Syria policy.