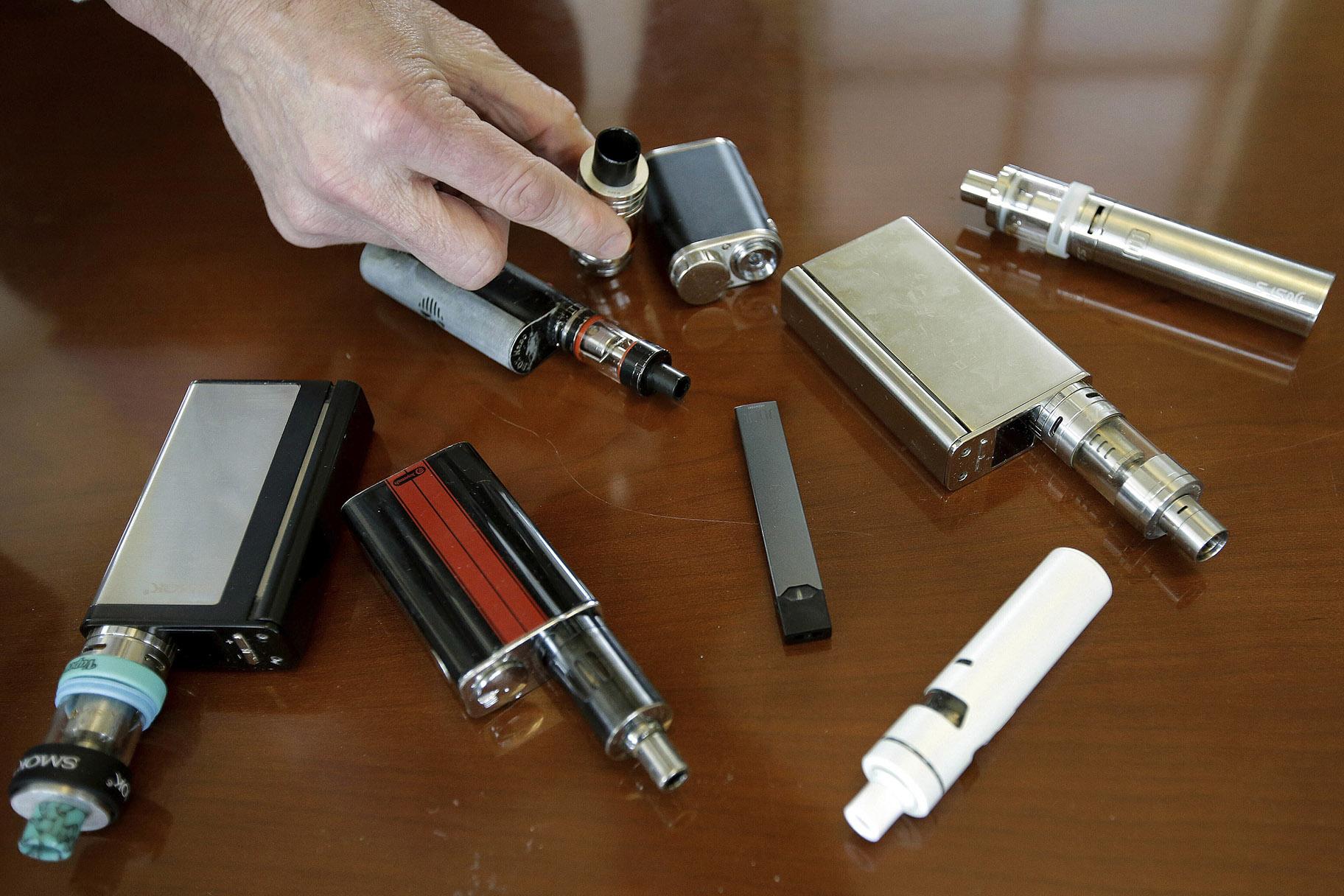 In this Tuesday, April 10, 2018 photo, a high school principal displays vaping devices that were confiscated from students at the school in Massachusetts. (AP Photo / Steven Senne)

NEW YORK (AP) — Hundreds more Americans have been reported to have a vaping-related breathing illness, and the death toll has risen to 13, health officials said Thursday.

The Centers for Disease Control and Prevention said 805 confirmed and probable cases have been reported, up 52% from the 530 reported a week ago. At this point, illnesses have occurred in almost every state.

The confirmed deaths include two in California, two in Kansas, two in Oregon and one each in Florida, Georgia, Illinois, Indiana, Minnesota, Mississippi and Missouri. The Mississippi death was announced by officials in that state Thursday and the second Oregon death was revealed by authorities later in the day.

According to the lastest figures from the Illinois Department of Public Health, there have been 88 confirmed cases in the state since April. An additional 17 cases are under investigation, officials say.

Over the summer, health officials in a few states began noticing reports of people developing severe breathing illnesses, with the lungs apparently reacting to a caustic substance. The only common factor in the illnesses was that the patients had all recently vaped.

As a national investigation started and broadened, reports have increased dramatically.

It’s not clear how many of the 275 added cases occurred in the last week, and how many are being logged long after they happened. The CDC has not released details on when symptoms began in each case.

The agency’s count includes only illnesses that have met certain criteria. Other illnesses are also being investigated.

But some patients have said they vaped only nicotine. Currently, health officials are advising people not to use any vaping product until the cause is better understood.