About a decade ago, Chicago tried, and failed, to bring the 2016 Summer Olympics to the city. The Brazilian city of Rio de Janeiro ultimately won that honor, but it wasn’t the first time Chicago tried to host a major international sporting event.

What were some of the highlights from the Pan-American Games held in Chicago in 1959? 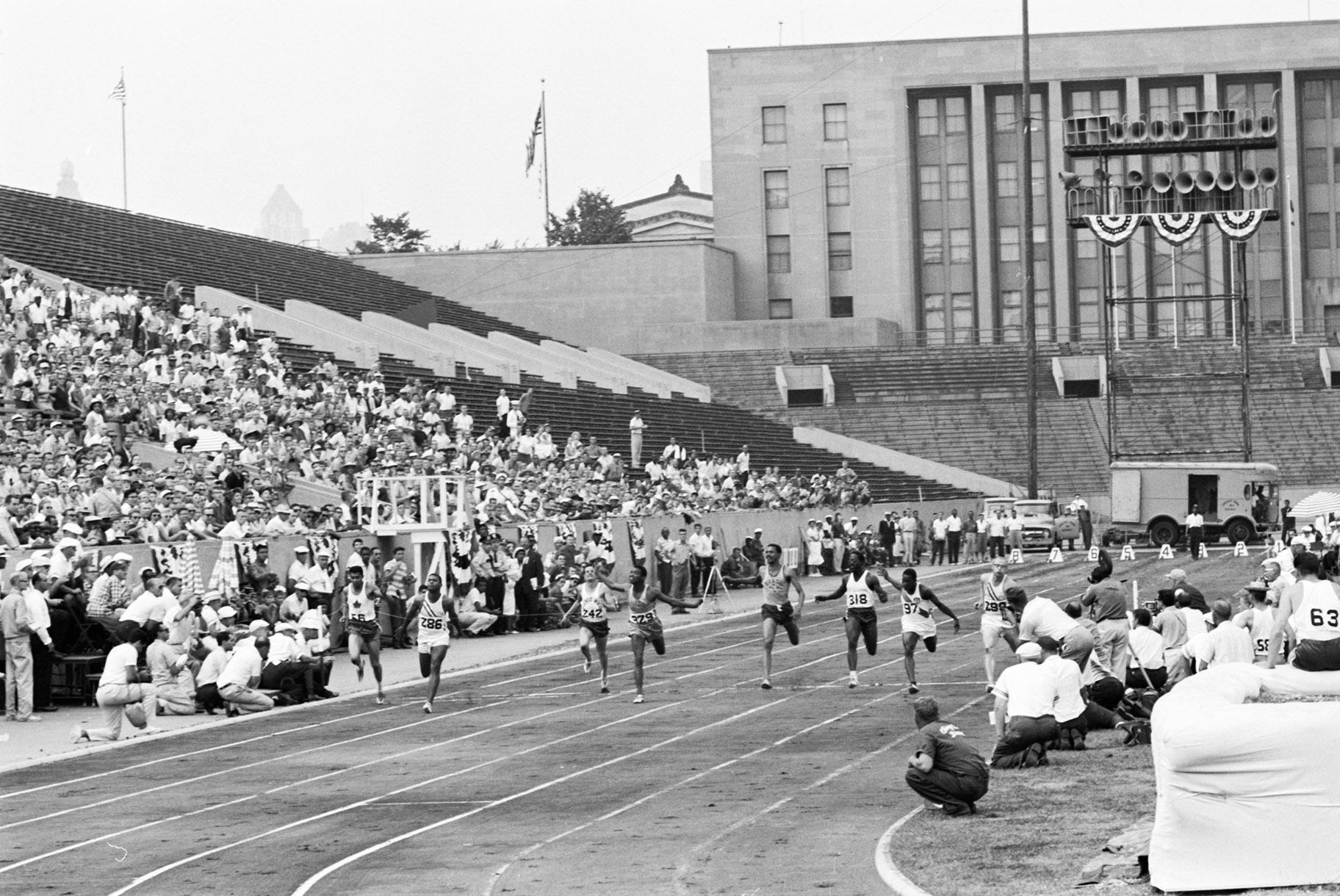 So Chicago wasn’t too successful in its 2016 Olympic bid, but the city had better luck back in 1959, when it hosted the third-ever Pan American Games. Almost immediately, however, the event was marked by a series of snafus. Chicagoans greeted the games with little interest and there was even a mysterious murder.

The Pan American Games still exist today. They’re similar to the Olympics in many ways except they only include athletes from South, Central and North America.

In Chicago, the opening and closing ceremonies for the 1959 games were held at Soldier Field, and competitions were hosted in venues across the city and suburbs – some are even still in use today.

While the Pan American Games are massively popular in Latin America, they tend to fly under the radar in the U.S. – and we’ve had a complicated relationship with it since it began in 1951. On one hand, the U.S. has been the top medal winner almost every year. But the enthusiasm with which we rally around the Olympics has never really transferred to the Pan American Games.

This indifference was palpable in August 1959, when Chicago became the first U.S. city to host the games. In fact, they weren’t even supposed to be here in the first place: The games were originally planned for Cleveland, which ended up passing due to the high price tag. 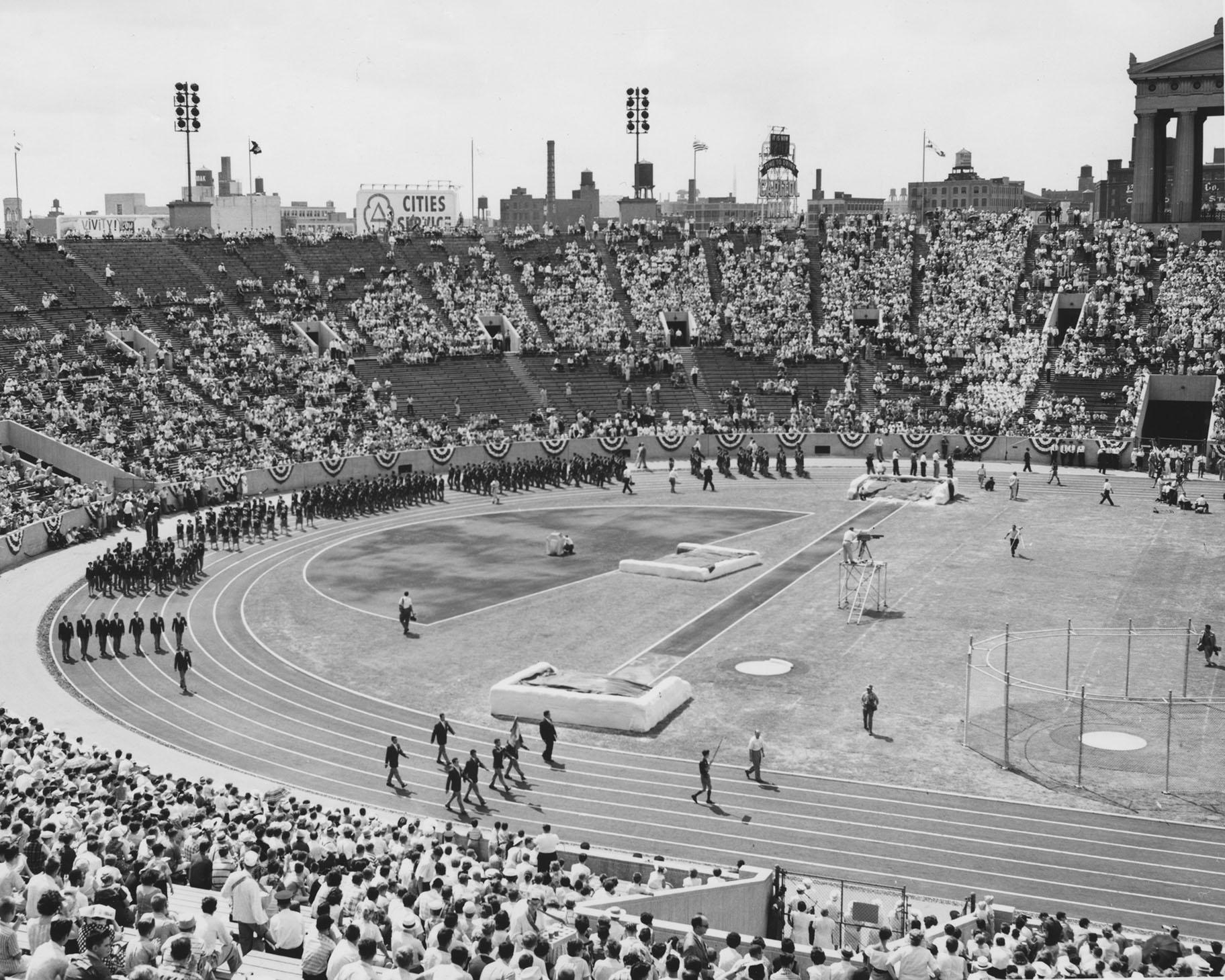 This last-minute swich really set the tone for the games in Chicago. Sports Illustrated wrote that from day one, “It was apparent that this would be one of the worst attended athletic spectacles of all time.”

That assessment was a little over-exaggerated, but even in the pictures of the opening ceremony at Soldier Field, you can see there were a fair amount of open seats.

The event was similar to the Olympic opening ceremony, with parading athletes from each participating country, speeches from dignitaries, and even a torch.

Over the next three weeks, the games spread to venues across the Chicago area.

Baseball games were of course held at Wrigley Field and Comiskey Park. At the time, the White Sox were on their way to the World Series, which some say further contributed to low attendance at the games.

Swimming, diving and water polo were held in Portage Park. Two pools were built especially for the games, and are still there today – minus the grandstand.

Gymnastics was held in a gym at Navy Pier, which was then home to the University of Illinois’ Chicago campus.

Over 2,000 athletes participated in the Games, and were housed on or near the University of Chicago, as well as at North Central College in Naperville.

But the housing situation would cause even more headaches for the Games, leading to a series of almost slapstick mishaps and one much more serious incident.

One report describes how the entire Chilean women’s basketball team – all 17 of them – were packed into two hotel rooms. And that was on top of constant scheduling issues and a lack of proper practice facilities.

But things took a much more tragic turn on Sept. 7, the last day of the games. According to newspaper reports, a Brazilian rower named Ronaldo Arantes was found fatally shot at North Central College. The police ruled it a murder, immediately setting off a host of rumors in the press.

One said Arantes had gotten mixed up in a fight over an American girl, and another alleged he was involved in a gun-running scheme with the Chilean rowing team. But no one was charged, and to this day, the murder has not been solved.

These incidents still overshadow the 1959 games, but it really was a chance for Chicagoans to see the world’s top athletes, many of whom would go on to compete in the 1960 Olympics in Rome.

Today, the Pan American Games remain a major qualifying event for the Olympics. The 18th version just finished up in Lima, Peru, in July, and included non-Olympic sports like bowling, bodybuilding and even Basque pelota, a cross between squash and handball native to the Basque region in Spain. 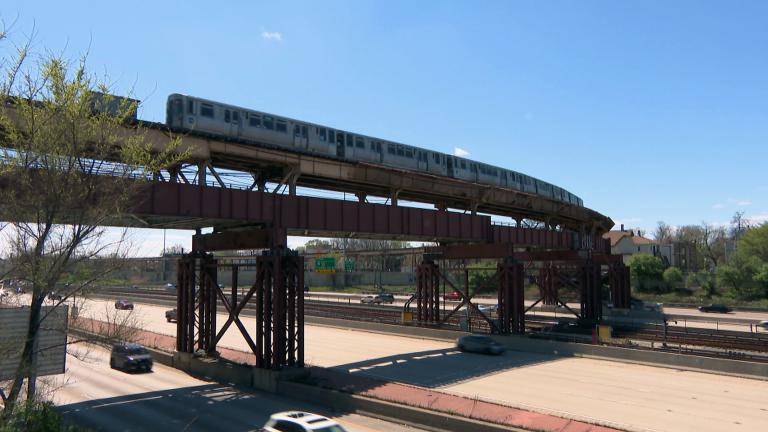