Leading Cook County Democrats on Friday will choose which candidates they’ll give a boost to in next year’s election.

The focus Thursday: a rare election for a spot on the Illinois Supreme Court.

While he got the early nod Thursday from an internal group of county committeemen evaluating the seven candidates, it’s not a lock, especially as Neville is besieged by a questionable homeowners’ exemption following a report by NBC 5 which found that Neville has for more than a decade received a property tax break in the form of a homeowners’ exemption despite not residing in the house.

Neville addressed the issue head-on during his three-minute window to ask for the Cook County Democratic Party’s endorsement, saying: “There were no irregularities. In fact the Cook County Assessor’s Office reported to members of my committee last night that they found no evidence of wrongdoing. They have looked, they have searched, they have determined that there’s no evidence of any wrongdoing.”

Assessor Fritz Kaegei’s office issued a statement saying, “With the approval of the Local Records Commission, various records, including Homeowners’ Exemption applications from the year 2000, were destroyed by the Assessor’s Office. Our electronic records indicate whether a property received a homeowner’s exemption, but they do not reflect the name of the applicant. Therefore, we do not have the name of the person who filed for the exemption on this property in 2000. His name is on the deed so he’s ultimately responsible for repayment of the erroneous exemption and has been in contact with our office about doing so.”

Neville’s chief opponent for the nomination, Nathaniel Howse, says the issue will continue to trail Neville. 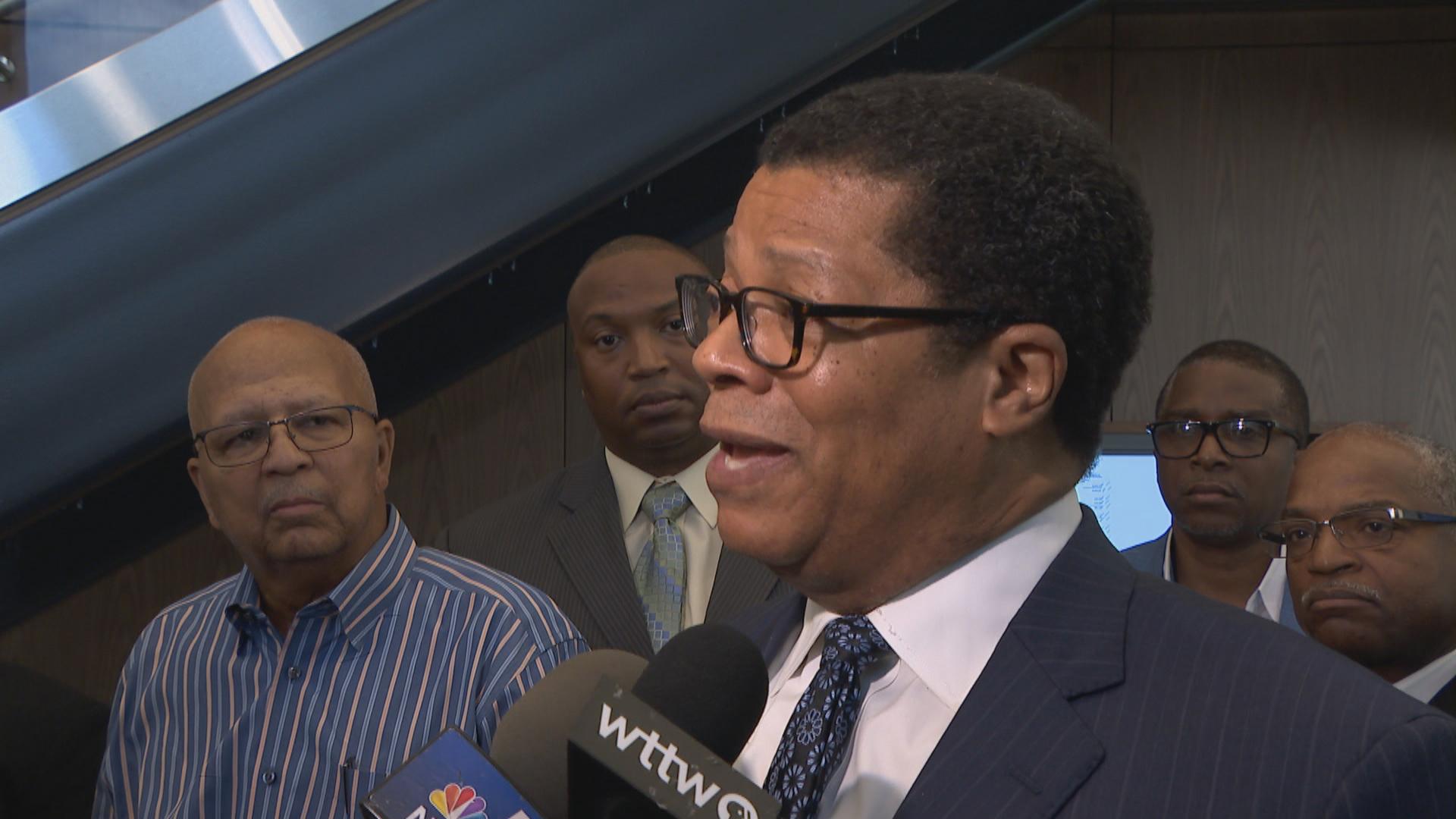 “We’re talking about the highest court in the state and that person holding that position has to have the highest integrity,” Howse said. “Can a person who gets a tax bill that says ‘you’re getting a homeowner exemption on a property you don’t live in’ and does it for any number of years, can you … be comfortable with that type of situation?”

Howse was equivocal as to whether he’ll run for the position if he isn’t slated for it.

Diversity was a main priority for committeemen, given that the state Supreme Court’s six other justices are all white.

Jesse Reyes, the only Latino in the running, says his priorities are bringing more diversity to the justice system, as well as modernizing the courts.

But he, along with Margaret McBride, beseeched Cook County Democrats to stay out of the race and allow for an open primary.

“Our Supreme Court is the epitome of impartiality. If there is one office that needs to be viewed through the lens of who’s best to serve the people versus our political interest, it is the Illinois Supreme Court,” he said.

Daniel Epstein, the only non-judge in the race, said he has no expectation of being slated, but says his priority is on voters, the people served by the justice system.