“A nickel ain’t worth a dime anymore,” Yogi Berra once said. But sometimes a nickel is worth $3 million – and the right penny go can for a million bucks.

Coins and cash are the focus the annual World’s Fair of Money. It’s in the Chicago area this year and we visited to get a load of all the loot.

Len Olijar, director, U.S. Bureau of Engraving and Printing: These are my people, this is my business, this is me!

Phil Ponce: Collectors and dealers have assembled in Rosemont, Illinois, in pursuit of hard cash and just a little loose change.

Doug Mudd, Money Museum, Colorado Springs: On this floor here we’ve got something like a billion dollars in coins and paper money.

We’ve got something like $17 million in coins on display from the Money Museum, and then you look at all the other amazing rarities that are out here, it’s incredible. It’s a smorgasbord of education, collectible stuff. There’s great stuff to see. 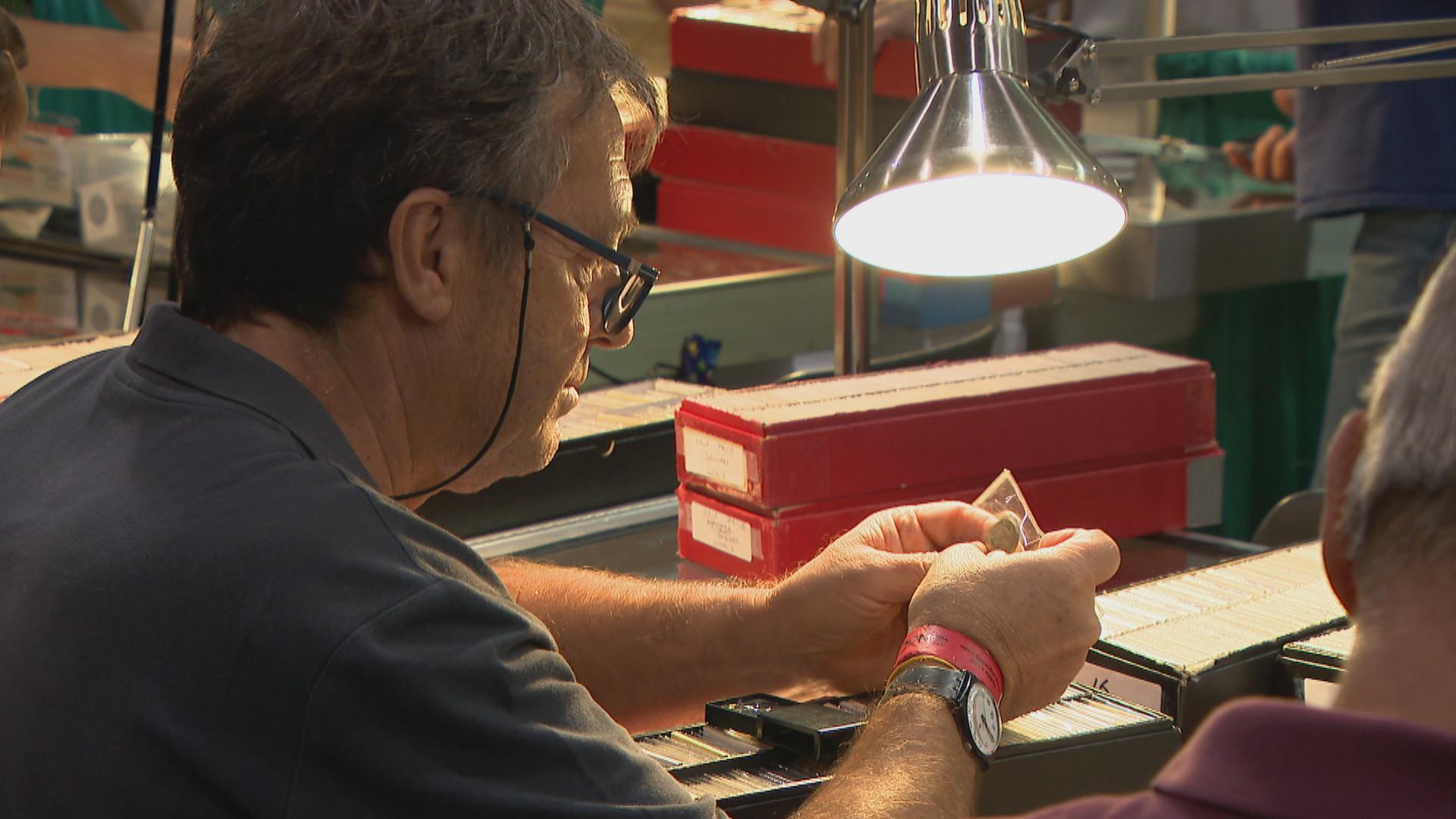 Olijar: There’s hundreds of dealers here, there’s no opportunity like this.

It’s a major event. This is the largest numismatic show in the United States, the annual World’s Fair of Money, sponsored by the ANA.

Ponce: The ANA is the American Numismatic Association. Its 25,000 members are numismatists, collectors and specialists in coins and paper money.

A show this big attracts everyone from small dealers to the U.S. government.

David Ryder, director, United States Mint: We’re here in Chicago to have the ANA convention, one of the best coin conventions in the country. The mint took a lot of space here, selling a lot of products, and we wouldn’t miss this show, it’s one of the best. 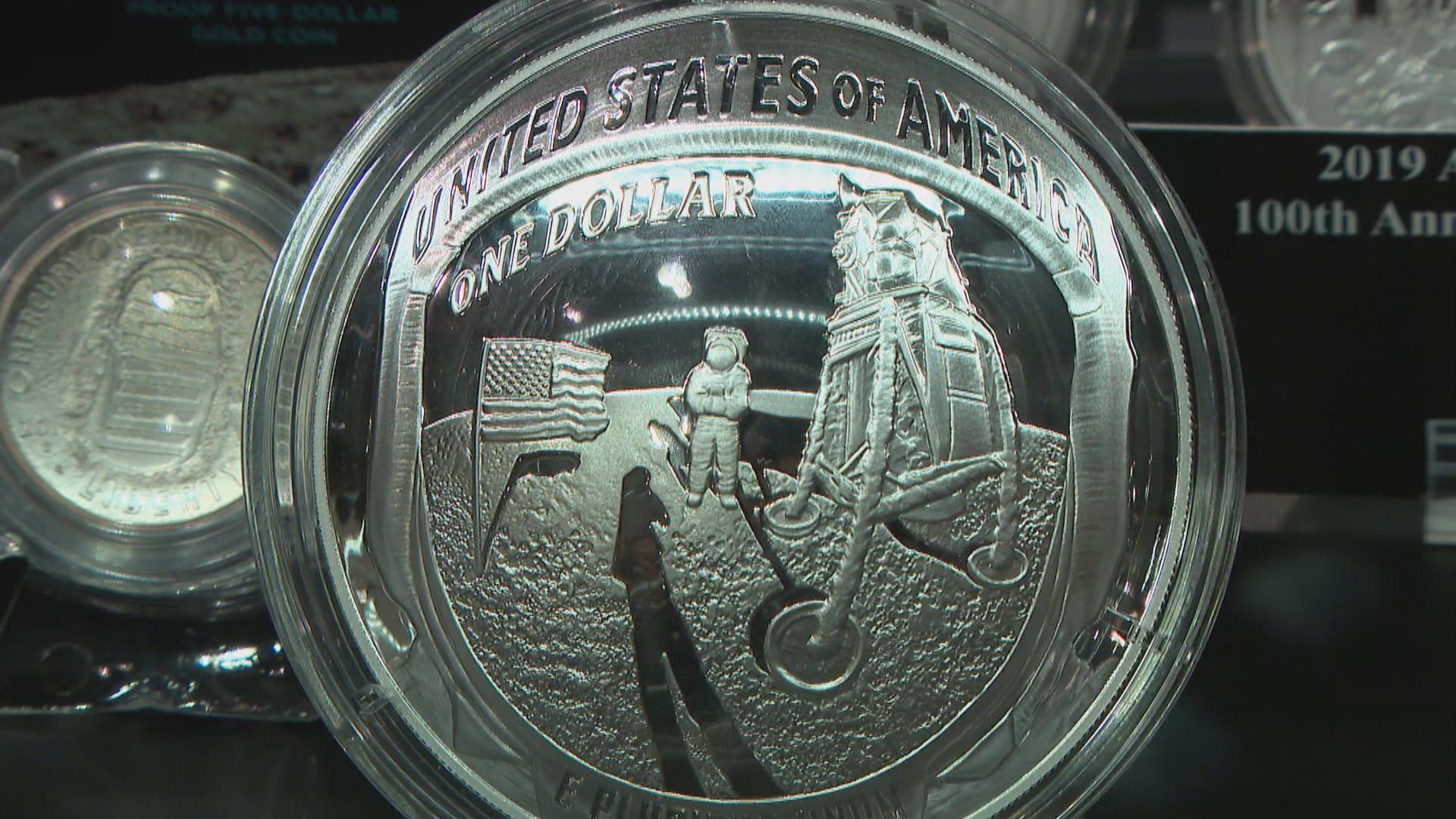 Ponce: New from the U.S. Mint are coins that commemorate the 50th anniversary of the Apollo 11 moon landing and the first steps on the lunar surface.

On view from the Bureau of Engraving and Printing are etched plates from 1893. The plates made official certificates for the World’s Columbian Exposition in Chicago.

Also on view: an uncut sheet of $100,000 dollar denomination notes. Twelve images of Woodrow Wilson peer out from this piece of paper worth $1.2 million dollars.

Here’s that million dollar Lincoln cent, mismade with a bronze alloy instead of zinc-coated steel. 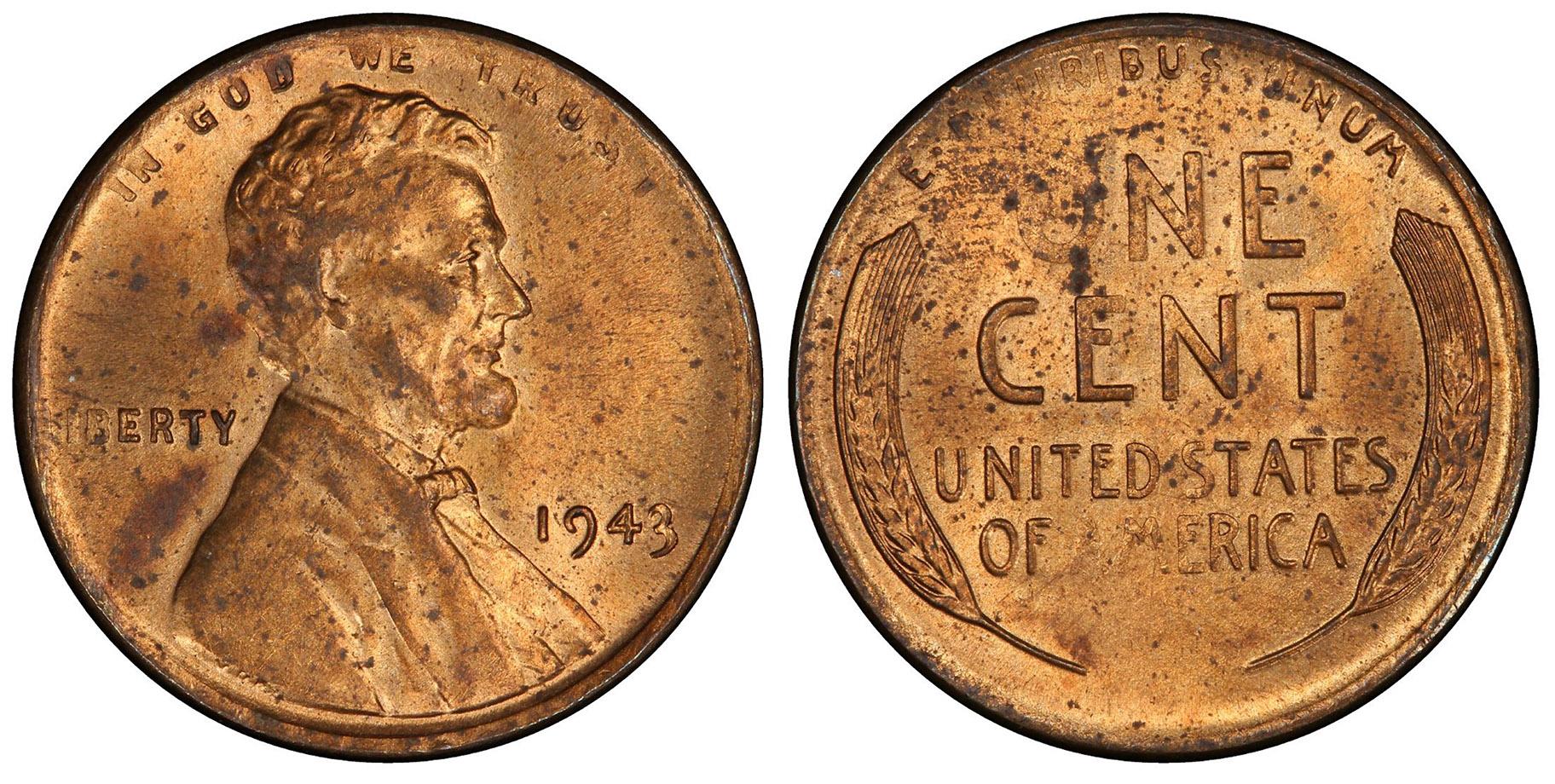 Lincoln cents were only supposed to be made of zinc-coated steel in 1943 because copper was needed for World War II efforts. But a few pennies were mistakenly made with a bronze alloy. The finest known surviving example, which sold for million last year, will be publicly displayed at the 2019 World’s Fair of Money in Rosemont. (Photo credit: American Numismatic Association)

And this rare Liberty Head nickel isn’t worth a dime. It’s worth $3 million.

Elsewhere there are antiquities on display. A 2,500-year-old coin from Lycia, now part of Turkey, depicts one of the first faces ever seen on currency.

The World’s Fair of Money is also rich in buyers, sellers and collectors.

Olijar: Actually, I’m a little embarrassed to tell you this, but I’ve been a coin collector since I was an 8-year-old kid. So not only do I print the currency, but I love the coins. 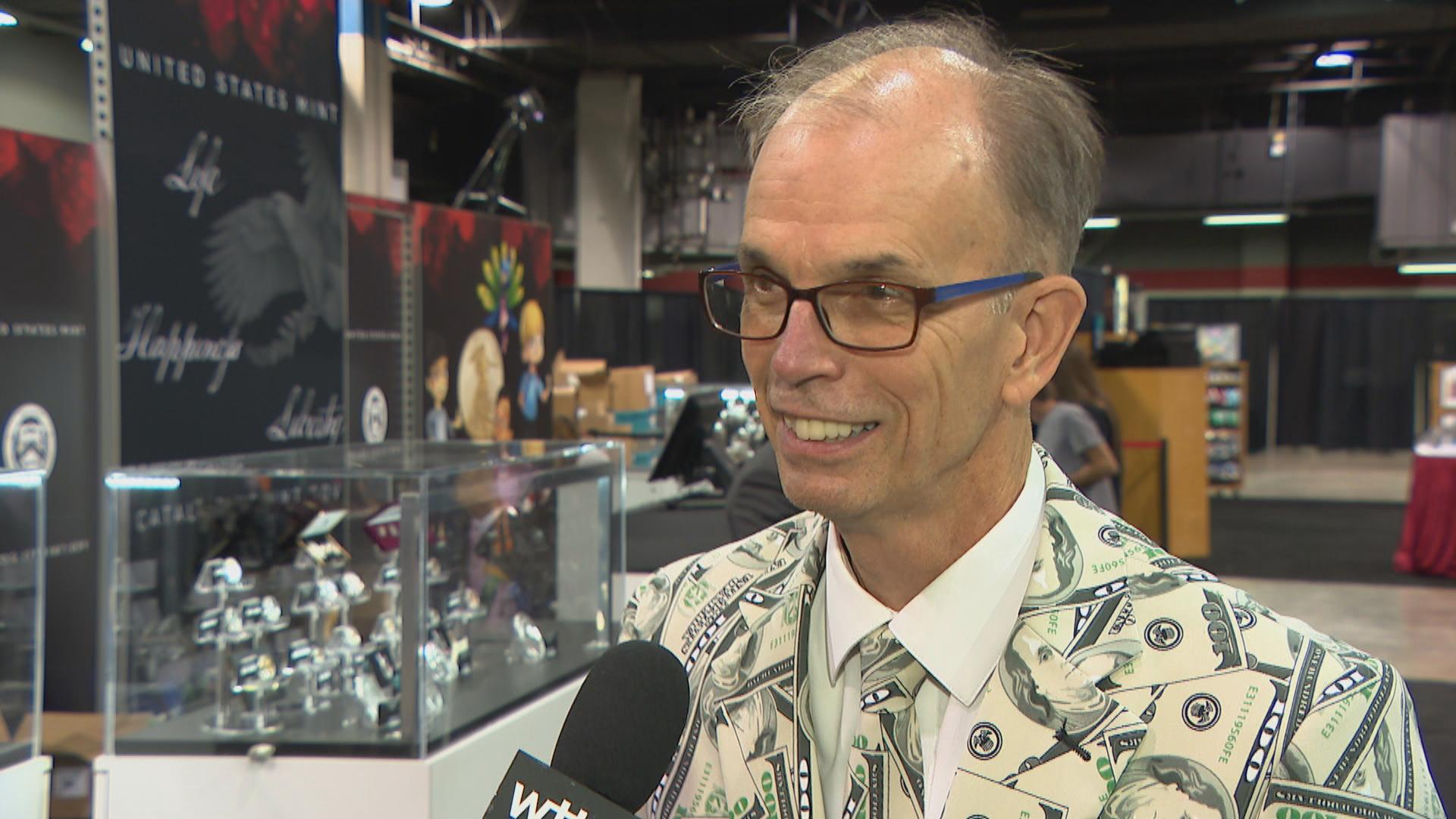 Ponce: It’s a hobby that skews a bit older.

Ryder: Coin collecting has become a older collecting community and I’m trying to change that to get new kids involved in this community by creating new commemorative coin programs and products in general that appeal to young kids.

Mudd: With coins you’ve got history in your hands. You’ve got something that you can see that gives you a picture of Thomas Jefferson, or it refers to a major event; different battles, wars and just … everyday events. So for me it’s always been about the images and what they tell you.

Ponce: And for the cameraperson shooting an event like this, every shot is a money shot.

The World’s Fair of Money is at the Donald Stephens Convention Center in Rosemont through Saturday.

Crème Sherry Brings a Big Personality to All Things Jazz