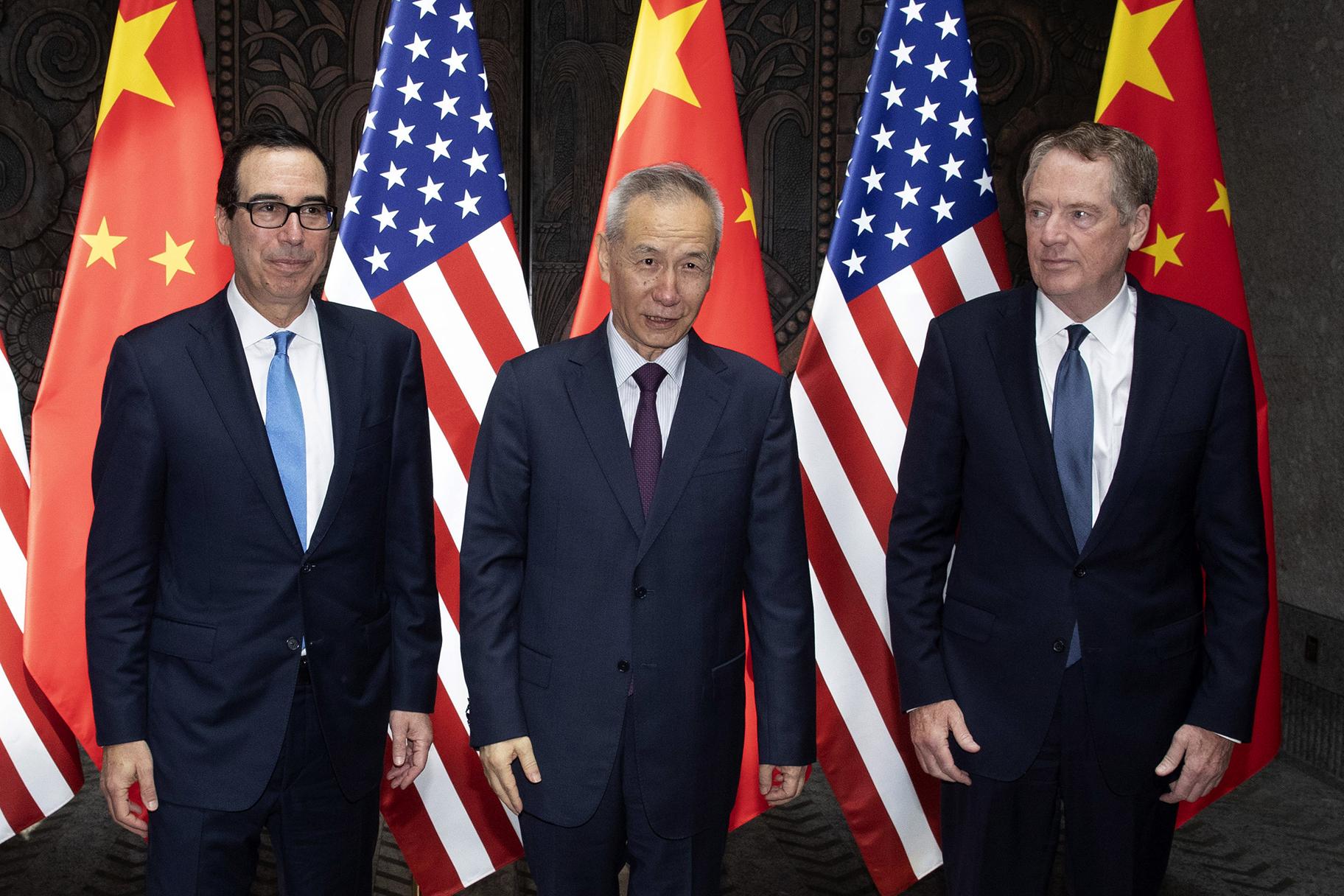 Trump rattled financial markets with Thursday’s surprise announcement of 10% tariffs on $300 billion of Chinese imports, effective Sept. 1. That would extend punitive duties to everything the United States buys from China.

If that goes ahead, "China will have to take necessary countermeasures to resolutely defend its core interests," said a foreign ministry spokeswoman, Hua Chunying.

"We don’t want to fight, but we aren’t afraid to," Hua said at a regular news briefing. She called on Washington to "abandon its illusions, correct mistakes, and return to consultations based on equality and mutual respect."

Washington and Beijing are locked in a battle over complaints China steals or pressures companies to hand over technology. The Trump administration worries American industrial leadership might be threatened by Chinese plans for government-led creation of global competitors in robotics and other technologies. Europe and Japan echo U.S. complaints those plans violate Beijing’s market-opening commitments.

Beijing is about to run out of American imports for retaliation due to their lopsided trade balance.

China imported U.S. goods worth about $160 billion last year. But regulators have extended retaliatory measures to include slowing down customs clearance for American companies and putting off issuing license in insurance and other fields.

Beijing also is threatening to release an "unreliable entities" blacklist of foreign companies that might face restrictions on doing business with China. Plans for that were announced after Washington imposed crippling restrictions in May on sales of U.S. technology to Chinese tech giant Huawei Technologies Ltd.

Trump’s announcement surprised investors after the White House said Beijing promised to buy more farm goods. It came as their latest trade talks ended in Shanghai with no sign of a deal. Officials said they would resume next month in Washington.

The announcement "is likely to put a comprehensive deal further out of reach," said Fitch Solutions in a report.

Also Friday, China’s yuan fell to its lowest level this year against the dollar after Trump’s tariff threat fueled concerns about slowing economic growth, coming close to breaking the politically sensitive level of seven to the U.S. currency.

The yuan tumbled to 6.9520 to the dollar, its weakest since December, but recovered slightly by midday.

Trump’s threat "will likely put more depreciation pressure" on the currency, said Tao Wang of UBS in a report. She said Beijing is likely to "tightly manage" the exchange rate "to avoid any significant depreciation."

The currency’s weakness is helping to fuel Washington’s trade complaints. The U.S. Treasury Department declined in May to label China a currency manipulator but said it was closely watching Beijing.

The level of seven yuan to the dollar has no economic significance, but could revive U.S. attention to the exchange rate.

Trump’s earlier tariffs were intended to minimize the impact on ordinary Americans by focusing on industrial goods. But the new tariffs will hit a vast range of consumer products from cellphones to silk scarves.

"Imposing tariffs is definitely not the right way to resolve trade frictions," Wang Yi told reporters in Bangkok, where he was attending a meeting of the Association of Southeast Asian Nations.

Trump has long said he was preparing to tax the $300 billion in additional Chinese tariffs. But he had suspended the threat after meeting Xi at a gathering of the Group of 20 major economies in Osaka, Japan.

The president accused Beijing of failing to follow through on stopping the sale of fentanyl to the United States or on purchasing large quantities of farm goods such as soybeans. Speaking to reporters Thursday at the White House, Trump complained Xi is "not moving fast enough."

Talks broke down in May after the United States accused the Chinese of reneging on earlier commitments.