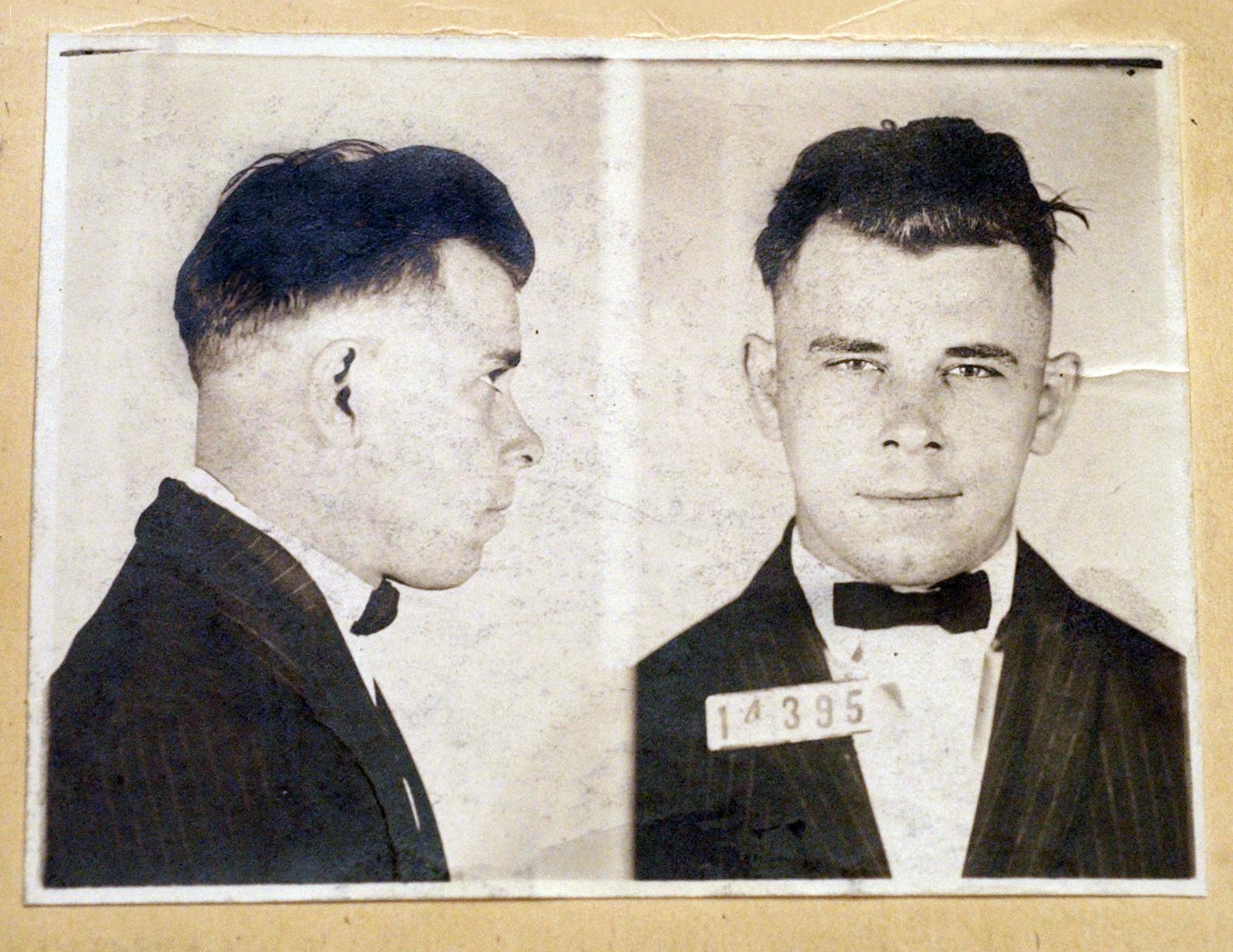 INDIANAPOLIS (AP) — The body of notorious 1930s gangster John Dillinger is expected to be exhumed in September from a concrete-encased grave at an Indianapolis cemetery more than 85 years after he was killed by FBI agents outside a Chicago theater.

The upcoming exhumation could put to rest conspiracy theories suggesting that the violent criminal some people considered a folk hero during the height of the Great Depression isn’t even buried in his marked grave.

The Indiana State Department of Health approved a permit July 3 sought by Dillinger’s nephew, Michael C. Thompson, to have the body exhumed from Crown Hill Cemetery and reinterred there.

The permit doesn’t give a reason for the request, and Thompson couldn’t immediately be reached for comment. However, Dan Silberman of A&E Networks says the exhumation will be covered as part of a documentary on Dillinger for The History Channel.

Indiana health department spokeswoman Jeni O’Malley said that based on the permit, the agency expects Dillinger’s body will be exhumed and reinterred on Sept. 16 — the date listed on the document.

But digging up Dillinger’s grave might prove a difficult task because days after his son’s funeral, Dillinger’s father had the casket reburied under a protective cap of concrete and scrap iron topped by four reinforced-concrete slabs, said Susan Sutton, a historian with the Indiana Historical Society.

“I think they’re going to have a hard time getting through that,” Sutton said.

The reason for the concrete-encased grave was to thwart would-be vandals, she said, citing “Crown Hill: History, Spirit, and Sanctuary” a 2013 book the historical society published about the cemetery’s history.

“The main fear was that someone would come in and dig up the grave and either desecrate the corpse or steal it,” Sutton said. “The Dillingers had actually been offered money to ‘lend out’ his body for exhibits, so they were concerned.”

She added that she hopes the exhumation ends lingering speculation that Dillinger isn’t even buried beneath all that concrete, and confirms his sister’s identification of her brother’s body.

The Indianapolis-born Dillinger was one of America’s most notorious criminals. The FBI says Dillinger’s gang killed 10 people as they pulled off a bloody string of bank robberies across the Midwest in the 1930s.

Dillinger was never convicted of murder and he was considered a folk hero by some during his gang’s violent rise amid the Great Depression as banks were failing, others were limiting withdrawals and many Americans had lost homes and farms to foreclosure, Sutton said.

“So somebody who had, as maybe people would say now, ‘Stuck it to the banker’ would easily become a folk hero,” she said. “He was also known by some people to be very polite even while he was stealing. It’s an odd combination.”

Dillinger was awaiting trial in the slaying of an East Chicago police officer when he escaped from jail in Crown Point, Indiana, in March 1934 with a gun carved out of wood. While on the run, he underwent plastic surgery to alter his face and was said to have tried to remove his fingerprints with acid.

Dillinger, who was portrayed by Johnny Depp in the 2009 movie “Public Enemies,” was fatally shot in July 1934 by FBI agents outside the Biograph theater in Chicago after he was betrayed by a woman who became known in the papers as the “Lady in Red.”

Crown Hill Cemetery spokeswoman Crystal King said the cemetery has no information about the plans to exhume Dillinger, whose grave is an attraction at the hilltop graveyard on Indianapolis’ near north side.

Messages seeking comment were left Tuesday for Jeffery Scalf, whose grandmother was Dillinger’s half-sister, and for Savanah Light, the funeral director whose name is listed on the permit.