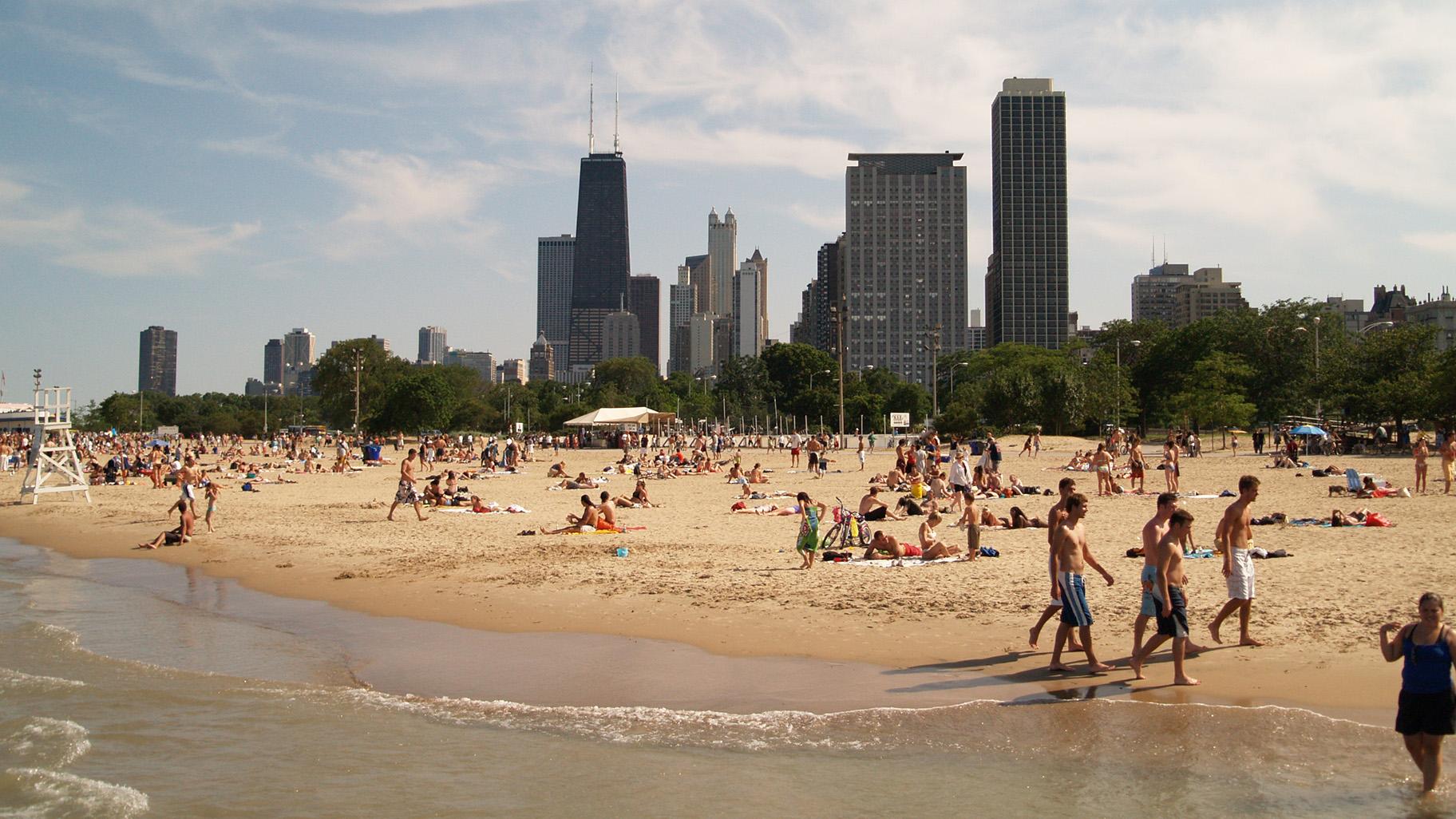 A new report raises some red flags about the potential health risks associated with swimming at beaches in and around Chicago.

A review of fecal bacteria data collected last year at 19 Cook County beaches found that a majority had water pollution levels that put swimmers at risk of getting sick on more than 80 percent of the days on which testing was conducted.

The analysis is based on data collected on roughly 95 days throughout 2018 from a variety of sources, including state, county and local agencies and the National Water Quality Monitoring Council’s Water Quality Data portal.

The study, conducted by the nonprofit Environment Illinois Research & Education Center and its national parent organization, examined bacterial sampling data from a total of more than 2,600 beach sites in 29 states and Puerto Rico. More than half of the sites tested were found to have unsafe pollution levels on at least one day in 2018, and 610 sites had high pollution levels on at least a quarter of the days that sampling took place.

Sites were considered potentially unsafe if fecal bacteria levels exceeded the U.S. Environmental Protection Agency’s Beach Action Value threshold, which the agency describes as a precautionary tool for deciding when to alert the public about potential health risks at beaches.

The Chicago Park District, which manages the city's beaches, took issue with the sampling method cited in the nonprofit's study. The Park District issued a statementi n response to the study's release.

"The Chicago Park District tested 19 lakefront beaches for Enterococci bacteria seven days a week during the 2018 beach season using a rapid analysis method, and not the culture-based method cited in the report," the statement read. "The rapid analysis method looks for DNA in the water instead of counting live bacteria cells, and produces results in 2-4 hours instead of 18-24 hours.

The Park District also said Chicago is the "only major city that performs same-day, DNA-based recreational water quality monitoring in the United States," according to the statement.

The nonprofit's report, titled “Safe for Swimming? Water Quality at Our Beaches,” notes that swimmers in the U.S. suffer from an estimated 57 million cases of recreational waterborne illness each year, with fecal bacteria as one of the main sources. 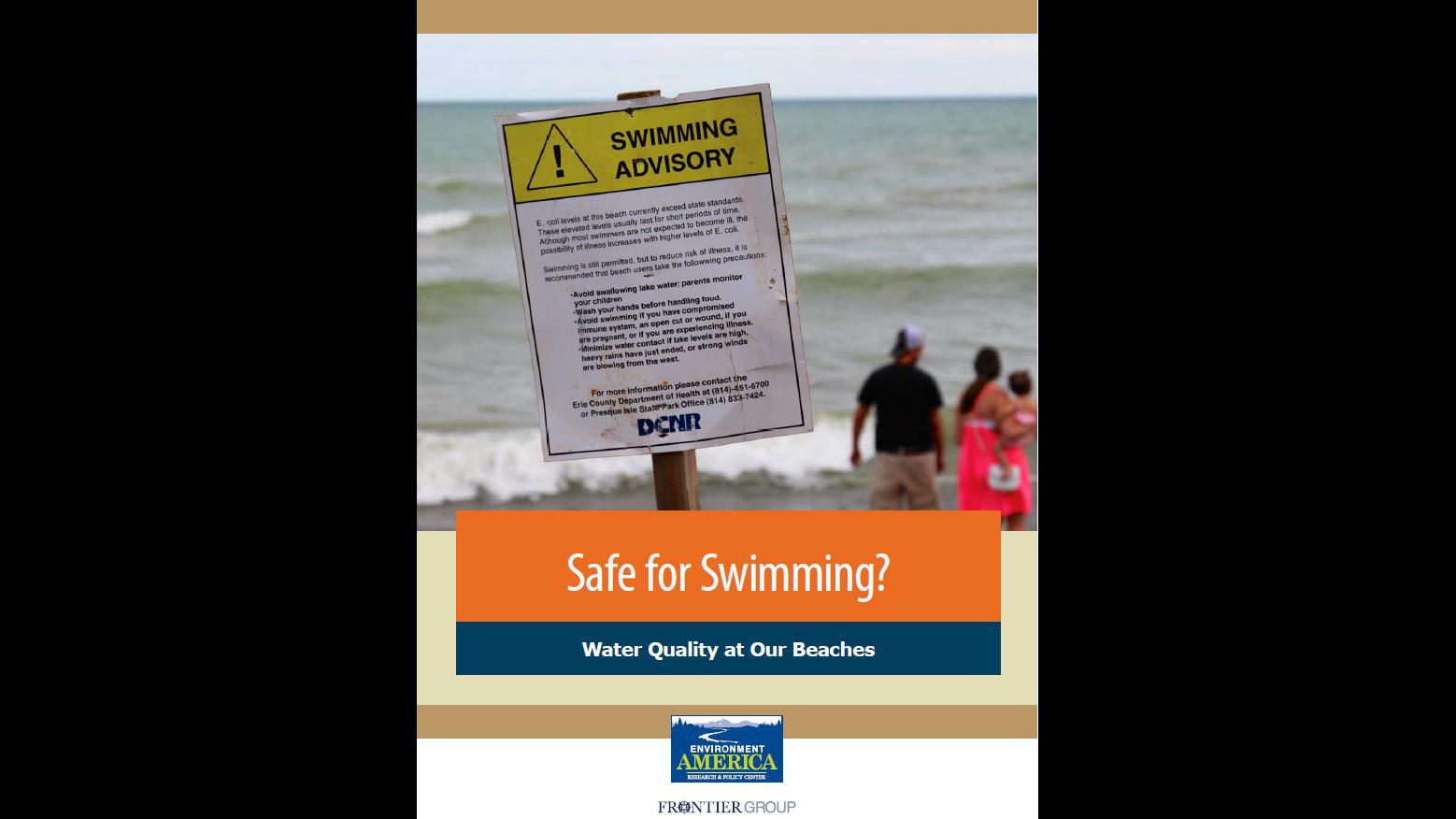 Contact with high levels of fecal bacteria can result in gastrointestinal illness, respiratory disease, ear and eye infections and skin rash, according to the EPA.

“Swimming at the beach is a prime summertime joy for so many Illinois residents, but clearly we have more work to do to make sure water at all our beaches is safe,” said Hannah Kim, an advocate with Environment Illinois Research and Policy Center, in a statement. “We must invest in water infrastructure that prevents pollution to ensure that America’s waterways are safe for swimming.”

A bill currently before Congress seeks to increase funding for such projects by requiring that at least 20 percent of federal Clean Water State Revolving Funds be used for “green infrastructure” and “environmentally innovative” water projects.

Swimmers in Chicago can view updated information on swimming conditions and water quality at the city’s beaches via the Chicago Park District’s website.

Note: This story has been updated with information from the Chicago Park District.