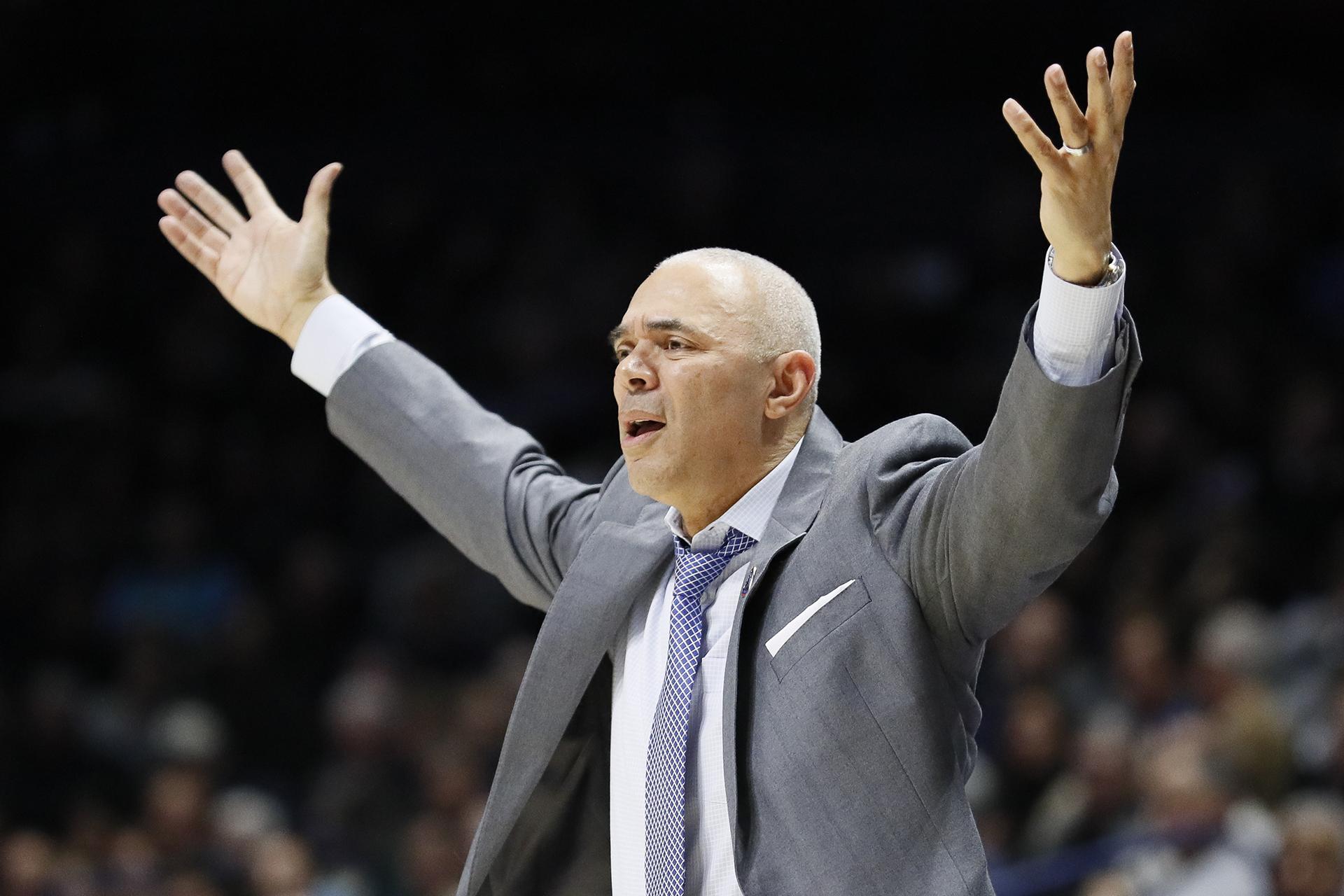 CHICAGO (AP) — The NCAA suspended DePaul men’s basketball coach Dave Leitao for the first three games of the regular season Tuesday, saying he should have done more to prevent recruiting violations by his staff.

The NCAA also put the Big East program on three years of probation, issued a $5,000 fine and said an undetermined number of games will be vacated because DePaul put an ineligible player on the floor. An unidentified former associate head coach is also facing a three-year show cause order for his role in the violations.

According to an NCAA infractions committee decision, the associate head coach arranged for the assistant director of basketball operations to live with a prospect to help ensure the player did the work necessary to meet NCAA eligibility requirements. That arrangement violated recruiting rules.

“The head coach did not promote an atmosphere of compliance because three men’s basketball staff members knew about the arrangement but did not report the violation or question whether it was allowable,” the NCAA said. “Even more troubling to the committee was the director of basketball operations stated he knew the contact was a violation but did not report it because he did not want to be disloyal, cause tension, get in the way of the associate head coach or otherwise hurt his career. ... According to the committee, a culture of silence pervaded the program.”

Leitao was hired in 2015 and has pushed to return the Blue Demons to respectability in his second stint as head coach at DePaul. After a pair of nine-win seasons under Leitao, DePaul went 11-20 two years ago before going 19-17 and reaching the College Basketball Invitational championship last season, falling to South Florida in three games.

Leitao is also a former head coach at Virginia and his assistant stops include Connecticut, Missouri and Tulsa.

“The head coach did not monitor his staff when he did not actively look for red flags or ask questions about the assistant director of basketball operations’ two-week absence,” the NCAA said. “The committee recognized the head coach’s efforts to require staff attendance at compliance meetings and communicate with compliance officials, but it said he needed to do more.”

DePaul said it would not challenge the decision, but called it “disappointing.”

“This infraction was an isolated incident directed and then concealed by a former staff member that resulted in, at most, a limited recruiting advantage relative to one former student-athlete,” the university said. “Since our self-report in January 2018, DePaul has cooperated with the NCAA enforcement staff to proactively pursue the resolution of this matter and has reviewed and further strengthened related protocol and practice. ... Coach Leitao is a man of character and integrity, who has the support of the administration in leading our men’s basketball program.”

Dwyane Wade Memoir to Be Published This Fall