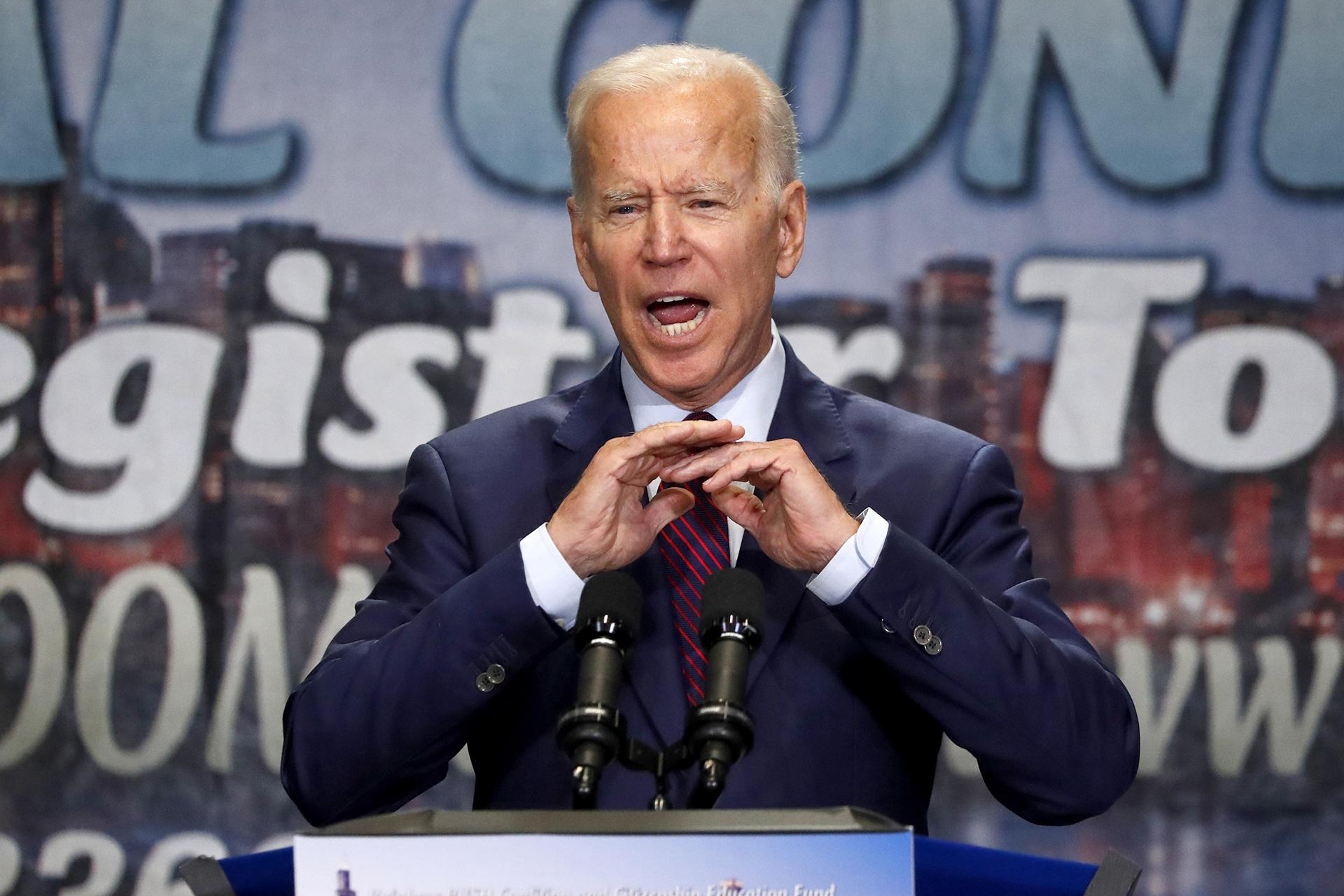 CHICAGO (AP) — Joe Biden strongly defended his civil rights record on Friday, pledging to be a “president who stands against racism” and “the forces of intolerance” and defiantly dismissing any suggestions otherwise.

Speaking to the Rev. Jesse Jackson’s Rainbow PUSH Coalition, the white former vice president was working to repair the damage from a blistering attack from California Sen. Kamala Harris, the lone black woman in the 2020 presidential race. At the first debate on Thursday, Harris criticized Biden for recently highlighting his decades-old work with segregationist senators and his opposition to public school busing during the 1970s — creating a dramatic and deeply personal breakout moment.

“I heard, and I listened to, and I respect Sen. Harris,” Biden said. “But we all know that 30 seconds to 60 seconds on a campaign debate exchange can’t do justice to a lifetime commitment to civil rights.”

Biden has surged to the top of the Democratic pack arguing that he’s best positioned to defeat President Donald Trump because he can build a broad coalition of support. Appearances such as the one with Jackson — his onetime rival in the 1988 Democratic presidential primary — will signal whether Harris’ attack will chip into his support among African Americans. He acknowledged the critical role of black voters and labor unions on Friday, saying, “Y’all are the ones that brung me to the dance.”

Biden pushed back against some of Harris’ specific criticisms, including her argument that he once opposed busing. He said he was more opposed to federal intervention in busing than the practice itself.

“I never, never, never, ever opposed voluntary busing,” Biden said, adding that he supported federal legislation to “address root causes of segregation in our schools” and that he was always “in favor of using federal authority to overcome state-initiated segregation” — even in bygone days when it wasn’t popular.

But even while defending his own record, Biden still tempted controversy. He said he envisioned a society in which everyone realizes the “kid in the hoodie might be the next poet laureate and not a gang-banger.”

The “gang-banger” remark was a reminder of his loose and undisciplined approach to language and a tendency to say things that he doesn’t think will offend his generation but that conjure very different images among others, especially young Americans.

Biden also leaned heavily Friday on being Barack Obama’s vice president, something he didn’t do as much during the debate, when Harris’ relentless criticism often left him flustered and seemingly unsure of what to say.

“My president gets much too little credit for all that he did. He was one of the great presidents of the United States of America, and I’m tired of hearing about what he didn’t do,” Biden said of Obama.

Sylvia Chapman, 60, of Chicago, attended Biden’s speech and said Thursday’s confrontation between Harris and Biden was “just a few minutes of talk.”

“You have to look at the whole picture, not just one chapter out of a book,” said Chapman, who is black and is the president of a local union in Chicago. She said she’s undecided about who to support in 2020, but Biden is among the top of her choices, along with Sens. Bernie Sanders, Elizabeth Warren and Harris.

Patricia Ousley, 69, a black retired state employee from the Chicago suburb of South Holland, cheered loudly when Biden told the crowd Obama doesn't get the credit he deserves. She says Biden’s experience working alongside Obama is a big reason she may support him in 2020: “I love that.”