After stepping back from the brink of a military strike against Iran, President Donald Trump announced Monday new economic sanctions against the nation. Trump said that Iran can never be allowed to have a nuclear weapon, but that he’d prefer negotiation to conflict.

“America is a peace-loving nation,” Trump said. “We do not seek conflict with Iran or any other country. I look forward to the day when sanctions can be finally lifted and Iran can become a peaceful, prosperous and productive nation.”

But in announcing the sanctions, Trump seemed to threaten that military action is not off the table. “I think a lot of restraint has been shown by us. A lot of restraint. That doesn’t mean we’re going to show it in the future,” he said.

Robert Pape, director of the University of Chicago Project on Security and Threats, said Iran shooting down a U.S. drone was the high point of the “crisis” with Iran thus far. “Since the drone fiasco, you’re seeing that both sides are taking a breath and they are not looking for ways to ratchet up the pressure in aggressive ways,” Pape said. “They’re looking for off-ramps.”

Pape says the prospect of war gave both Iran and the U.S. pause, but that the crisis is far from over. Once Iran enriches more uranium than was allowed under the nuclear deal that Trump unilaterally withdrew from last year, it’s not clear what will happen.

“I think that’s going to be a real danger point,” Pape said. “We need to come to a real decision point here with the White House – are we heading to war, or are we going to settle for a negotiated settlement? A negotiated settlement means we may not be able to get as good a deal as (the one) we just abandoned. We might have to accept something less than we had before to avoid a war.”

Among the possible solutions Pape sees: allowing Iran to sell enriched uranium to China or Russia “in order to earn some hard currency. That would be a change in U.S. policy, but it might be a reasonable way to manage the next six months or so as we continue to navigate this extremely tense situation.”

US Sending Troops to Mideast Amid Gulf Tensions over Iran 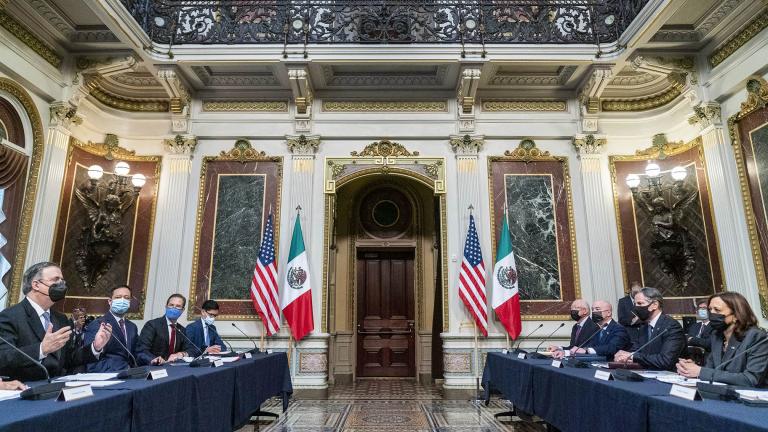