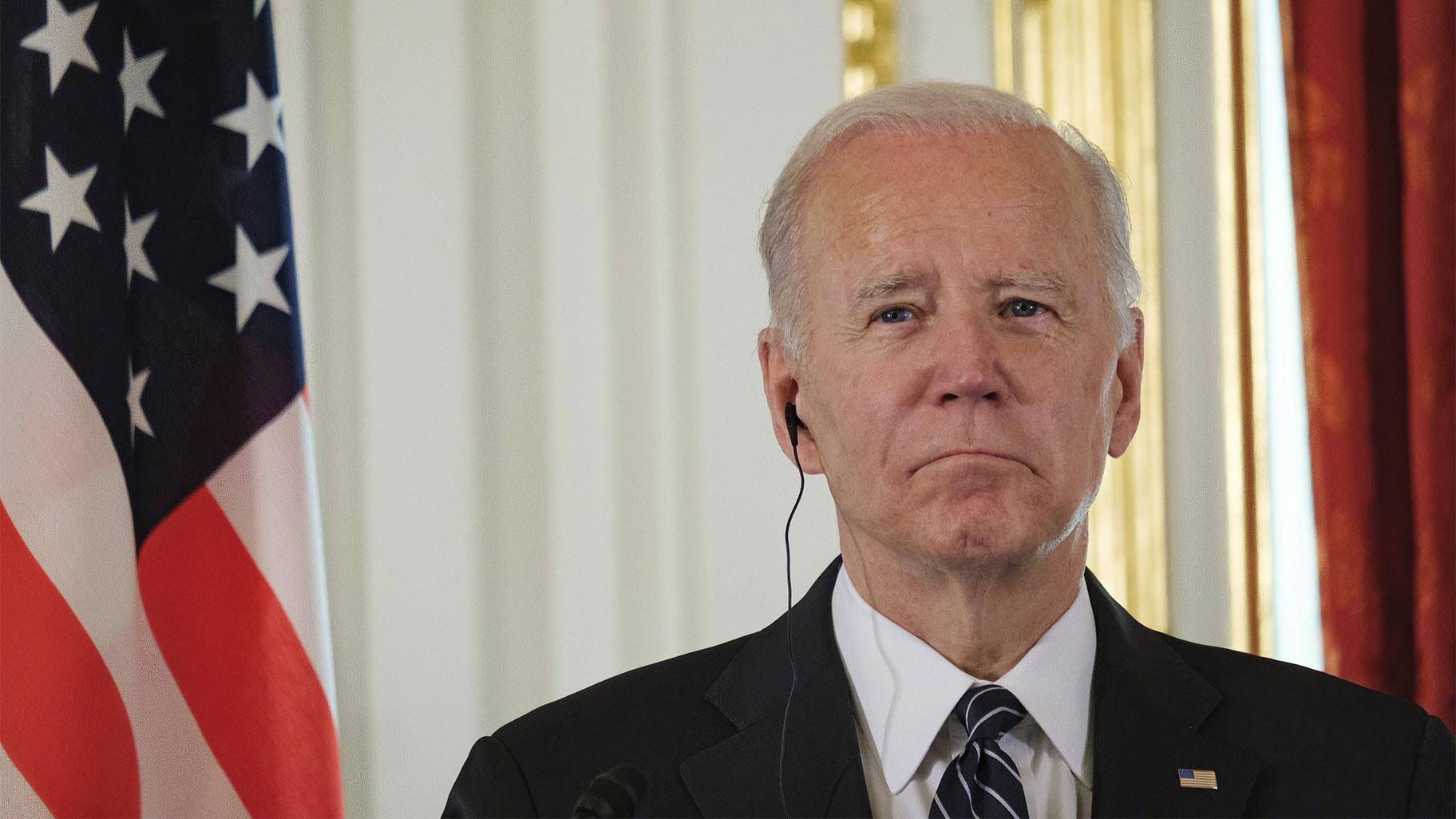 WASHINGTON (AP) — For the third time in less than a year, President Joe Biden has stirred controversy with his comments about Taiwan. The latest example came during his visit to Japan, when a reporter asked if the United States would respond militarily if China invaded the island.

“Yes,” he said Monday. “That’s the commitment we made.”

A White House official said Biden was not outlining a change in U.S. policy toward Taiwan, a self-governing island that China views as a breakaway province that should be reunified with the mainland.

There is no mutual defense treaty between the U.S. and Taiwan, but America sells the Taiwanese military hardware. Defense Secretary Lloyd Austin said Biden’s comment “highlighted our commitment under the Taiwan Relations Act to help provide Taiwan the means to defend itself.”

Is it that simple? The confusion is a reminder of Washington’s stance of “strategic ambiguity” when it comes to Taiwan — essentially, leaving China guessing about what exactly the U.S. would do if there was an invasion.

It’s a sensitive issue in a complex corner of the globe, and it’s gained renewed attention in light of Russian’s invasion of Ukraine.

A look at how things reached this point:

HOW DID TAIWAN’S UNUSUAL STATUS COME ABOUT?

Taiwan is located about 100 miles off the coast of mainland China. During China’s civil war, Mao Zedong’s communists forced Chiang Kai-shek and his nationalist forces to flee the mainland for the island in 1949.

The Taiwanese government in Taipei has become autonomous and democratic, even conducting its own foreign policy.

Meanwhile, Beijing has never given up its claims. There’s often talk about peaceful reunification, but the threat of military force remains.

WHAT RELATIONSHIP DOES THE U.S. HAVE WITH TAIWAN?

Taiwan falls into a gray area of U.S. foreign policy. For decades after Chiang fled to the island, Washington considered the leaders in Taipei as China’s rightful government, and there were no formal ties to Beijing.

However, President Richard Nixon visited China in 1972, beginning a diplomatic thaw that culminated in 1979 when President Jimmy Carter formally recognized the government in Beijing and cut nation-to-nation ties with Taiwan.

In response, Congress passed the Taiwan Relations Act, creating a benchmark for a continuing relationship. The U.S. sells military equipment to Taiwan, and the island is an important trading partner, especially as a major producer of semiconductors for computer chips.

“We have a deep political, economic and military relationship with a place that we don’t officially recognize,” said Julian Ku, a professor of international law at Hofstra University in New York. “I don’t think that there’s any place like it in the U.S. foreign policy world.”

China has for years made the issue of Taiwan a top priority in diplomatic and other conversations with the U.S., according to current and former officials who say their Chinese interlocutors repeatedly raise the same talking points about Taiwan in every meeting.

WHAT HAS BIDEN SAID BEFORE?

This is the third time that Biden has caused waves with his comments about protecting Taiwan.

During an August interview with ABC News, he compared the U.S. relationship with Taiwan to America’s Article 5 commitment under NATO, which obligates the alliance to defend any member that’s attacked.

Then, during a CNN town hall in October, Biden said “we have a commitment” to defend Taiwan.

White House officials walked back his comments both times, but that didn’t stop Biden from using similar language in Japan on Monday.

And there was Biden’s November trip to New Hampshire, one day after a virtual meeting with Chinese President Xi Jinping. When talking to reporters, Biden described Taiwan as “independent.”

Later in the day, he clarified.

“We are not encouraging independence,” he said.

HOW DID CHINA AND TAIWAN REACT TO THE NEW COMMENTS?

Taiwan welcomed the news. The island’s Ministry of Foreign Affairs issued a statement expressing “its sincere welcome and gratitude to President Biden and the U.S. government for reaffirming their rock-solid commitment to Taiwan.”

“The challenge posed by China to the security of the Taiwan Strait has drawn great concern in the international community,” spokesperson Joanne Ou said.

Not surprisingly, China responded with an angry statement.

“China has no room for compromise or concessions on issues involving China’s core interests such as sovereignty and territorial integrity,” said Foreign Ministry spokesperson Wang Wenbin.

WHAT IS THE CHANCE OF A MILITARY CONFLICT OVER TAIWAN?

Biden said Monday he didn’t think China would invade Taiwan, although he also said that “depends upon just how strong the world makes clear that that kind of action is going to result in long-term disapprobation by the rest of the community.”

Others have raised alarm bells.

When Adm. Phil Davidson was the outgoing leader of U.S. Indo-Pacific Command last year, he testified that he thought China could attack “in the next six years.”

A recurring concern involves Chinese military flights. They’ve repeatedly occurred near Taiwan, including on the first day of Biden’s trip in Asia.

WHAT IS THE U.S. DOING FOR TAIWAN’S DEFENSE?

The U.S. is a major supplier of weapons to Taiwan, although sales have dropped off in the past year.

A review of congressional notifications shows that since taking office, the Biden administration has approved less than a billion dollars in arms sales to Taiwan. By contrast, from October until December of 2020, then-President Donald Trump’s administration green-lit nearly $4.7 billion in sales.

There’s an ongoing debate over what kind of weapons to sell Taiwan, a source of contention between U.S. policymakers, competing political and military interests in Taipei, and the U.S. defense industry.

Successive U.S. administrations and a growing number of politicians in Taiwan have argued that Taipei’s security is best served with tactical weapons of the type that Ukraine has used with effect against Russia, not with big-ticket, big-target items such as battleships that the could be destroyed early in a Chinese invasion. 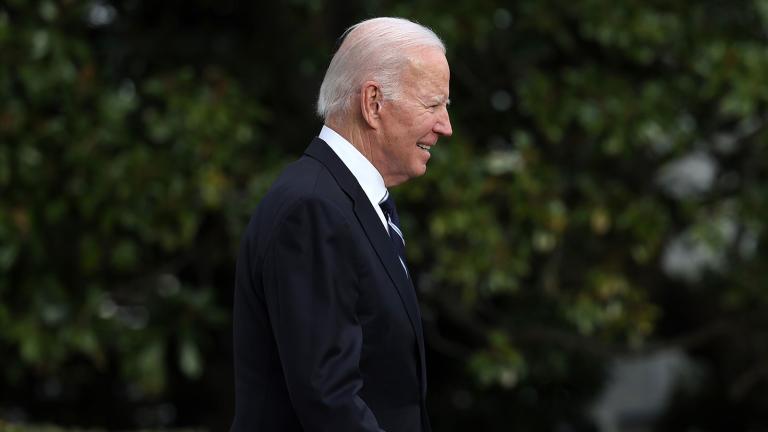 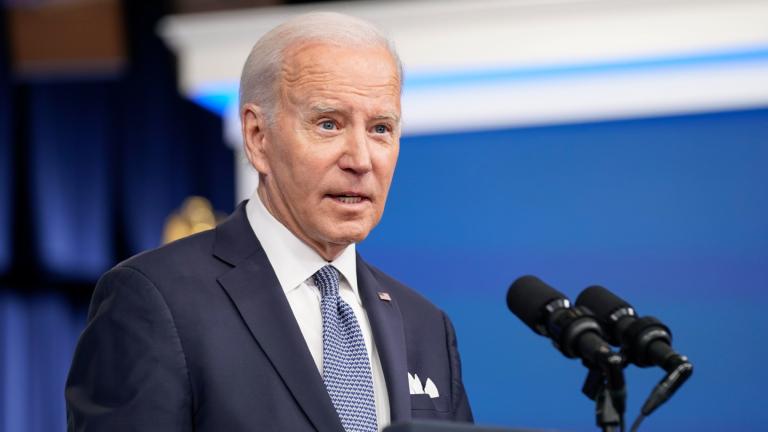