ST. LOUIS (AP) — The swollen Mississippi River and its tributaries were receding in many flood-ravaged communities on Monday, but concerns remained high because of the threat of heavy rain over the next few days.

The Mississippi’s levels slowly fell north of St. Louis after they reached record or near-record highs in many communities. Officials blamed four deaths last week on the flooding, which forced hundreds of people in Iowa, Illinois and Missouri from their homes.

The river crested Monday in downtown St. Louis and will do so later this week farther south. But it could rise again, as more rain is expected to fall this week in the central U.S., including 3 inches or more in parts of Iowa, Kansas and Missouri.

Mark Fuchs, a National Weather Service hydrologist, warned that there is nowhere for any additional rain to go and that he’s especially concerned about the potential for a new rise in the Missouri River, including in parts of Nebraska, Iowa, Kansas and northwestern Missouri that were flooded in late March. 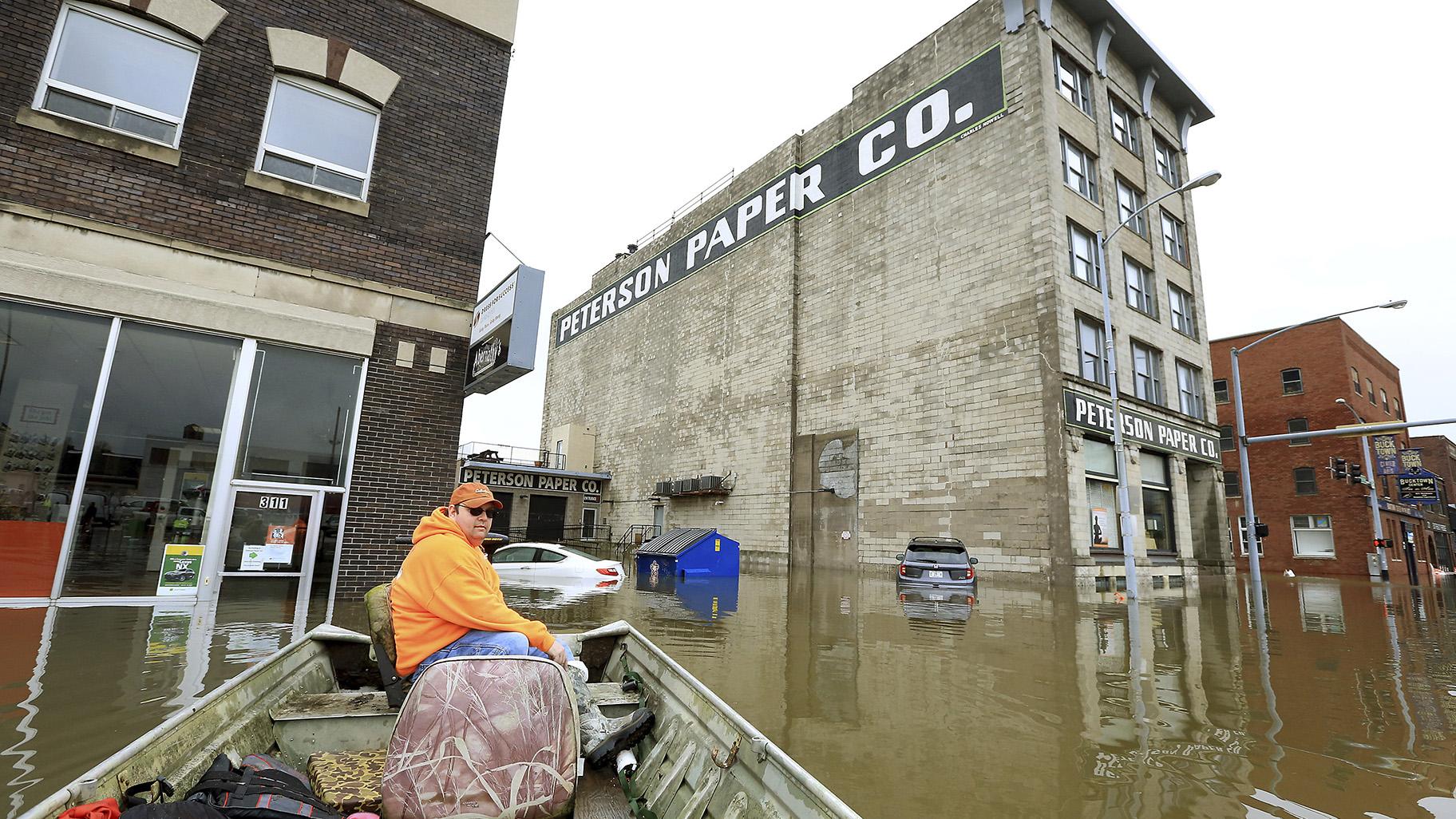 The new rain also will keep the Mississippi River at major flood stage for even longer in many places, putting more pressure on already-stressed levees, Fuchs said.

“You’ve got water sitting on levees for long periods of time — that’s no good,” he said. “That’s where we’re at right now.”

In tiny Allenville, Missouri, Phil Thompson was among the 100 or so residents who were prepared to move their belongings to higher ground, if necessary. Thompson, 67, said he was holding off, for now, but was keeping a close eye on the skies.

“If we get big rains, we’re in trouble,” Thompson said.

Allenville isn’t actually on the Mississippi, but a diversion channel built a century ago to drain swampy southeastern Missouri into the river backs up in times of flooding, which has become so common in the past two decades that Thompson has lost count of the number of times he’s had to move his things to higher ground.

“I don’t have enough fingers and toes,” he said.

The bulging Mississippi tore through a levee in St. Charles County, near St. Louis, forcing evacuations. Another levee broke in northeastern Missouri’s Pike County, and several small farm levees in Missouri were overtopped.

The river was closed to navigation in St. Louis. The high water also forced the closure of several locks and dams.

Problems weren’t isolated to communities along the Mississippi. Much of eastern Kansas and western Missouri were under flood warnings.