They called him Mr. Cub. But under his outwardly happy spirit, Ernie Banks was a much more complicated man.

To the fans, Banks was a sure bet, playing in 14 All-Star games, winning two MVPs, a Gold Glove Award and twice leading the major leagues in home runs and runs batted in. He made the Hall of Fame the first year he was eligible.

But despite outslugging Willie Mays, Hank Aaron and Mickey Mantle when they were in their prime, Banks never played in the World Series – a fact that stung him throughout his life.

A new book by journalist Ron Rapoport examines those ups and downs – and bears Banks’ signature phrase as the title: “Let’s Play Two: The Legend of Mr. Cub, The Life of Ernie Banks.”

Rapoport joins us in discussion.

Below, an excerpt from “Let’s Play Two.” 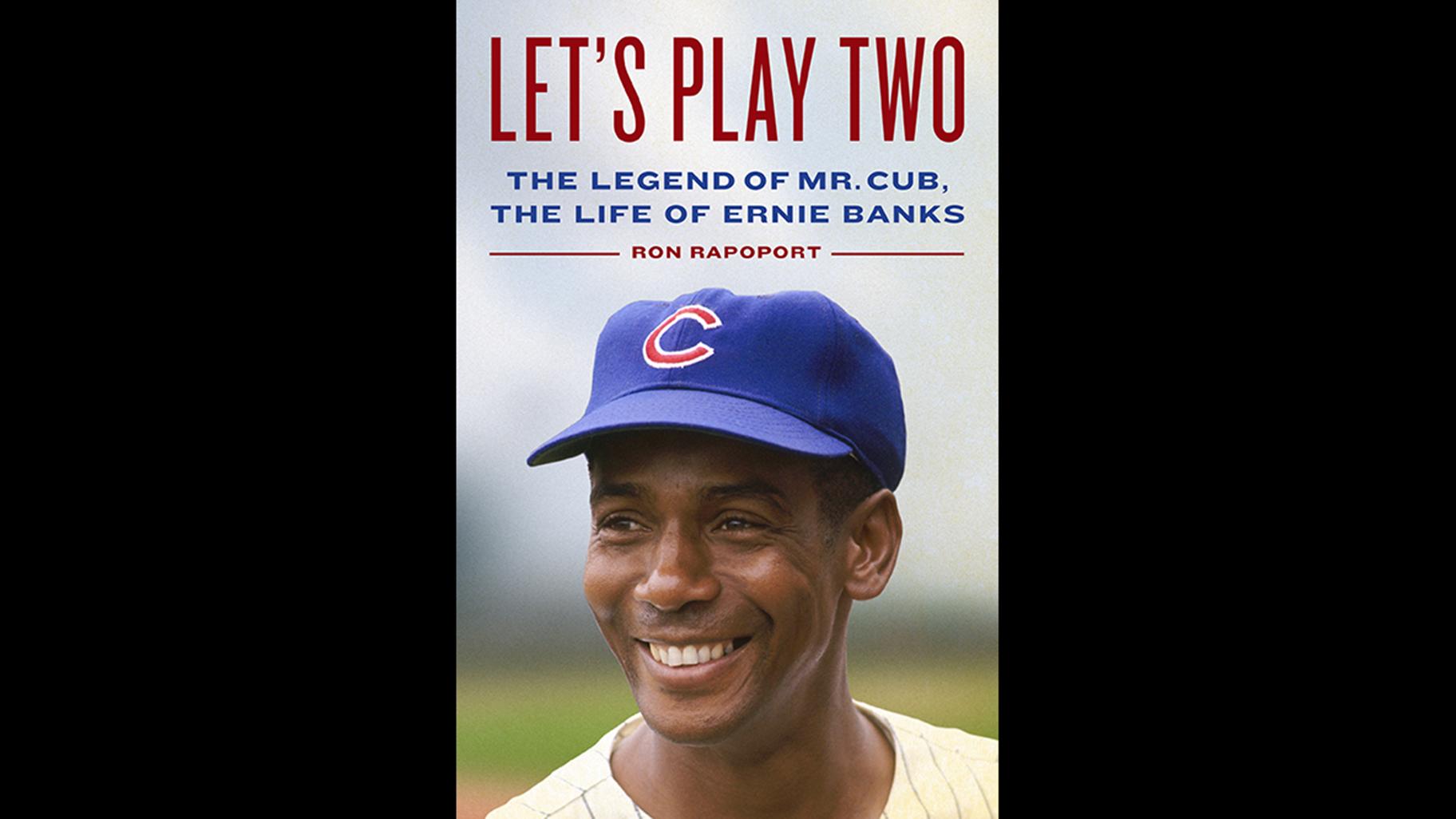 On  the  morning  of  September  11,  2001,  former  Illinois  State  Senator William Marovitz was awakened in a hotel room in Omaha, Nebraska, by the sound of a ringing telephone.

“Turn on the TV,” the voice in his ear said.

Together, they watched smoke billowing from the North Tower of the World Trade Center in New York and the chaos in the streets below. Then they gasped in unison as a second plane struck the South Tower.

Marovitz hurriedly dressed and took a cab to a golf course not far away. There he joined more than one hundred others who had been invited to attend an outing arranged by Warren Buﬀett, the businessman, investor, and philanthropist and one of the world’s richest men. Buﬀett held these events regularly, inviting politicians, heads of corporations, celebrities, athletes, and friends to Omaha for a weekend of golf, conversation, and his own informal comments on the state of the economy and the nation. In the clubhouse, Marovitz stood with dozens of people watching television, all of them still in shock at what had taken place earlier in New York. Soon they were joined by their host.

“For the ﬁrst time in my life, I’m speechless,” Buﬀett said. “I’m sure a lot of you don’t feel like playing golf, but would rather stay here watching things unfold on television and calling your families.” But those who had ﬂown to Omaha should entertain no thoughts of returning home any time soon, Buﬀett warned. “I know many of you have your own planes,” he said, “but it doesn’t matter. The sky is closed.” As for himself, he was going to play golf. Many of those in attendance decided that, however odd it might seem, they would join him.

Marovitz looked around for the two men he had previously arranged to play with: Stedman Graham, a Chicago businessman who was best known as the ﬁancé of Oprah Winfrey, and Ernie Banks, the Hall of Fame baseball player who had spent his entire career with the Chicago Cubs. As they made their way around the course, they could see Buffett visiting with each group of golfers and giving them updates on the attacks. As he approached them, Buﬀett’s walkie-talkie crackled. “Mr. Buﬀett, Air Force One has just landed in Omaha.”

“At that point, we don’t know if we’re in the safest place in the world or the most dangerous,” Marovitz says of the fact that the plane carrying President George W. Bush had arrived nearby at Oﬀutt Air Force Base, the headquarters of the United States Strategic Command, which contained an underground bunker built to withstand a nuclear blast.

Buﬀett’s guests spent the evening watching television, discussing the implications of the attacks, and, more immediately, how to get home. At breakfast the next morning, Graham told Marovitz and Banks that Winfrey would be sending a plane, but as the day wore on it became clear that not even Oprah Winfrey would be able to breach the closure of the nation’s air traﬃc, and for two more days Buﬀett’s out-of-town visitors remained stranded.

On the third day, Marovitz began making calls and found a rental agency that had a car available. He invited his golﬁng companions to join him, but Graham held ﬁrm. He would wait for Winfrey’s plane, he said. But Banks said, “I’m coming with you,” and, after getting directions from the hotel, the two men set oﬀ on a trip to Chicago they were told would take about seven hours.

Marovitz and Banks had been friends in Chicago for thirty years. Banks and his fourth wife, Liz, had attended Marovitz’s wedding in 1995 to Christie Hefner, the chair and CEO of the Playboy publishing empire, which had been founded by her father. He and Banks had played golf many times, often at Cog Hill, a course thirty miles southwest of Chicago where Banks had been a regular during his playing days when it was one of the few clubs where black golfers were welcome. And occasionally they did favors for each other.

Banks enjoyed the company of prominent people, and Marovitz, who, along with his political career, was active in Chicago’s business real estate market, would often invite him to elite social gatherings. He also brought Banks to Chicago Bulls games—this was during Michael Jordan’s heyday when the Bulls were the hottest ticket in town—and Banks would usually bring a box of baseballs for autograph-seekers. “He never said no,” Marovitz says. “The ushers would have to stop them from coming down because it was interrupting other people’s view of the game.”

Banks in turn would make personal appearances at Marovitz’s request. “Somebody would call me and say, ‘My friend is turning ﬁfty and he’s  the biggest Cub fan in Chicago. Could Ernie Banks come by  his birthday party for just a few minutes and sign a ball and say hello?’ ” Marovitz says. Banks was invariably accommodating and often stayed longer than the promised time. Banks had a photographic memory and often surprised people he had run into years earlier when he greeted them by name and inquired about their wives and children, whose names he remembered, too.

In 1996, Marovitz bought a building on Chicago’s Near North Side that housed a museum dedicated to Al Capone, which he planned to turn into a sports bar. The city’s mayor, Richard M. Daley, detested the presence of the museum, as did its Italian community, which considered it a civic insult. “I still have a union card so if they need someone to operate the wrecking ball, I hereby volunteer,” Dominic DiFrisco of the Joint Civic Committee of Italian Americans told Gene Siskel, the movie critic for the Chicago Tribune. Marovitz had a better idea. He invited Banks to join him on the sidewalk in front of the museum and handed him a base- ball bat. As the television cameras rolled, Banks began the destruction of the museum with a home run swing through one of its windows.

But despite Banks’s constant public display of good cheer, Marovitz and others who knew him well were aware of another, more complicated, side of his personality. Upon meeting people, Banks would always ask a question and then follow up with more. Only later would those talking to him realize that he had not said a single word about himself. “He’d ask me, ‘How’s Judge Abe?’” Marovitz says, referring to his uncle, Abraham Lincoln Marovitz, who was a legend in Chicago’s legal circles. “Or, ‘How that new restaurant doing?,’ ‘Are you going to run for oﬃce?,’ ‘Have you seen the mayor lately?’ ” Over the years, the people closest to Banks had learned that these questions—and especially his two best-known greetings: “Are you married?” and “How’s your wife?”—were a defense mechanism. As long as he was asking questions, he didn’t have to answer them.

People who spent time among professional athletes marveled at this because the favorite subject of so many of them is themselves. They revel in talking about the obstacles they overcame, the achievements no one fully appreciated, the slights they endured, the managers, executives, and media who did them wrong. But Banks was at the other end of the spectrum. He was widely hailed as baseball’s greatest ambassador. He exuded happiness and insisted there was nothing he would rather do than play baseball. He never refused to give an interview or sign an auto- graph, and he saw his signature line—“It’s a beautiful day for a ball game; let’s play two”—become a much-quoted, and much-parodied, part of the American vocabulary. But he would not talk about himself.

Marovitz was not sure why it was diﬀerent this time. Perhaps it was because Banks was stuck in a car and had nothing to divert him. He couldn’t play golf. He couldn’t speak on the phone. He couldn’t move around the room and talk to somebody else. He couldn’t just disappear. Or perhaps 9/11’s body blow to America’s central nervous system had shaken him deeply, broken through his defenses, and made him want to reach out to an old friend. But whatever the reason, as the two men rode through the ﬂat Midwestern landscape, Banks began to talk. And for the ﬁrst time since Marovitz had known him, and the last, he talked about himself.

He talked about growing up as the oldest boy in a family of twelve in Dallas and the responsibilities that entailed. Once, he had missed a year of school to help his father pick cotton. He talked about playing football in high school, but not baseball until he was well into his teens because his school had no diamond. He talked about playing for the Kansas City Monarchs as the Negro Leagues were in their ﬁnal years because the best young black players were following Jackie Robinson and the other pioneers into the major leagues. He talked about Buck O’Neil, Cool Papa Bell, and all the others who had missed their chance because they had been born too soon and how they compensated by teaching those who came after them everything they knew.

He talked about the piercing disappointment of the Cubs’ fabled, fated season of 1969, when the city and its fans had been on ﬁre until the all too bitter end. He talked about the pain of never having played in a World Series and the fear that he would be remembered more for that piece of bad luck than for the great player he had been. He talked about his belief that nobody really knew him and about the myths, tall stories, and falsehoods—some of which he had perpetuated himself—that had become accepted as fact. He talked about the pleasures and burdens of being the very symbol of his team, a one and only, Mr. Cub.

The hours rolled by, and Marovitz, fascinated by Banks’s stories about himself—fascinated that Banks was telling stories about himself— glanced up and saw a sign that said Claire City. This doesn’t seem right, he thought. He had been distracted by Banks’s monologue, he realized, and not paying attention to where they were going. He had better stop and check the directions he’d been given back at the hotel.

“Chicago?” the man at the gas station said, and burst out laughing. “You came the wrong way, fella.”

Marovitz had not driven east from Omaha toward Illinois, he was told, but north into South Dakota. He had driven through South Dakota, in fact, almost to the North Dakota border. The seven-hour trip he had planned would now take at least fourteen. Laughing at the absurdity of it all, he gave his passenger the bad news, turned the car around, and headed for home, Ernie Banks talking about himself all the while. 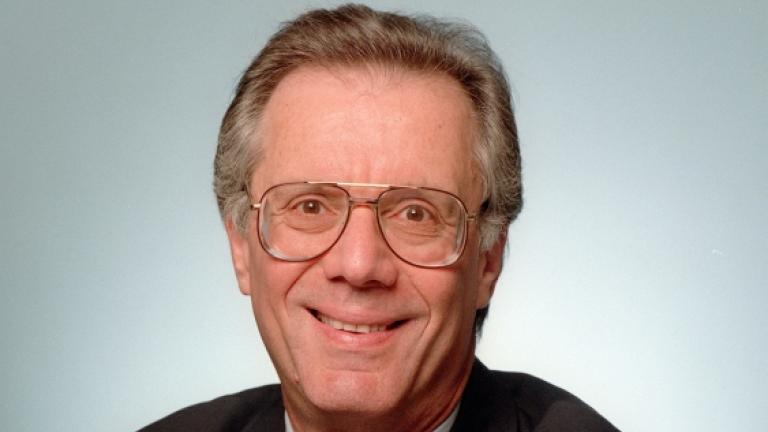