Veteran sportswriter Ron Rapoport releases his new book this week, From Black Sox to Three-Peats: A Century of Chicago’s Best Sportswriting from the Tribune, Sun-Times, & Other Newspapers. The sportswriting anthology looks back at iconic games, athletes, and even the writers who sometimes became just as famous. Rapoport assembles 100 columns by 59 writers from various Chicago publications to describe why this city’s sports history is so unique. According to Rapoport, the book isn’t just for sports fans, but for anyone looking for a window into Chicago history. Read an excerpt from the book below. 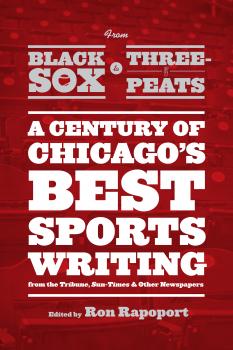 When Hugh Fullerton was a young baseball writer in Chicago in the mid-1890s he received $400 in expenses and set off to cover the Cubs in spring training. He had no sooner arrived than four players learned of his bankroll, invaded his hotel room, sat on top of him, and searched through his clothes until they found the cash.

“Ignoring my wails of protest,” Fullerton wrote, “they divided it into five equal parts, handed me my eighty dollars, remarking that was enough for any reporter, and invited me to go to a party with them.”

The era when sportswriters were that close to their subjects has long since ended, but the amusement Fullerton derived from the incident illustrates an opinion he was the first to suggest and with which future students of writing about baseball would later concur.

Which is that baseball writing as we know it today—and, by extension, sportswriting as a whole—began in Chicago.

While writers in New York and other cities that had baseball teams in the late nineteenth century viewed the games they covered as solemn occasions and their articles as opportunities to show off their knowledge in an often ponderous fashion, newspapermen in Chicago, and not just those writing about sports, took a different approach.

“The papers in Chicago in those days were unlike any printed anywhere else,” Fullerton wrote in “The Fellows Who Made the Game,” in a 1928 edition of the Saturday Evening Post. “They were written largely in the language that the wild growing young city understood. . . . There was nothing sedate or dignified about them except the editorial pages and the stockyard reports. They were boisterous, at times rough; they lacked dignity, perhaps, but they were readable, entertaining and amusing.”

These qualities were not lost on Fullerton’s protégé, Ring Lardner, who did not develop his radical new prose style in a vacuum. After Fullerton recommended the twenty-two-year-old Lardner for his first job in Chicago, Lardner became fascinated by the wit and irreverence of several of the writers with whom he worked. Lardner trailed after Charles Dryden, then the highest-paid sportswriter in the country, with such determination that the ballplayers nicknamed him “Charlie’s Hat.” Nor did it take long for New York and the rest of the country to catch up to the Chicago writers who were making sports and the men who played them seem like so much fun.

“The result of the change in style of writing was evident immediately in the attendance upon games and in increased circulation of the newspapers, revealing the fact that there was commercial value in good reporting,” Fullerton wrote. “Readers, laughing at the accounts of games and the doings of players, commenced to go see for themselves. The style of reporting baseball changed all over the country.”

More than a hundred years have elapsed since Fullerton was forced to share and share alike with the players he was writing about, but I believe that the sportswriters who have worked in Chicago since then continue to occupy a special place in American journalism.

There is something about the city’s visceral relationship to its sports teams, its heart-on-the-sleeve reaction to their ups and downs, that has seemed to draw strong writers, those with distinctive voices, to Chicago’s newspapers. The best of them quickly learned that if they could find a way to tap into their readers’ passions they would be rewarded with a loyalty that would last a lifetime. And more than a few of them did indeed spend thirty, forty, or even fifty years writing about sports in Chicago.

Even those who were just passing through quickly came to understand that there was something different about Chicago. “It’s the best sports town in the country,” says Skip Bayless, who worked in Miami, Los Angeles, and Dallas and then spent three years writing a column for the Chicago Tribune before becoming a commentator at ESPN. “I miss it.” 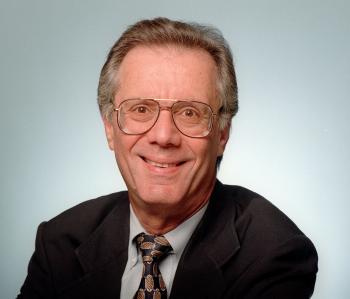 Enjoyable as putting this all together was, I found a troubling aspect to it, too. In a number of conversations with my former colleagues—some of them retired, others doing some freelancing, a few still turning out as many as four columns a week—we found ourselves marveling over the fun we’d had and wondering if, in light of the changes that have overtaken and overwhelmed daily journalism, ours might have been the last generation of sportswriters and columnists to enjoy that kind of freedom. There was that question again, the one that had been nagging at me all along. Had we lived in a golden age of sportswriting and not been paying attention?

These days, I occasionally attend lunches held at a restaurant near my home by the Badge of Honor Society, a group of former sportswriters for the Los Angeles Times. Though I worked at the Times early in my career so my membership in the group is legitimate, I feel like something of an interloper. When I left the paper in the 1970s, it was because I had a job waiting for me in Chicago. When many of the others sitting around the table left in the decades that followed, it was because they had been laid off. That was their badge of honor. And now they had no place to go.

The disintegration of the American newspaper is painful to observe on many levels, but none is more compelling to me than seeing the opportunities that my colleagues and I took for granted disappear. Each round of budget cuts, each announcement of another newspaper shrinking, and in some cases eliminating, its print edition in favor of the Internet is invariably accompanied by more pink slips, by more good men and women thrown out of work.

As for the sportswriters who do have jobs, they find themselves judged not by the quality of their work as much as by “hits,” those meticulously measured number of readers drawn to every word they write on the web. It’s all there in black and white, no dissent or discussion allowed. Writing has been turned into math. This affects what columnists write about, of course, and how they write it. Better to deal with a topic that everybody is talking about—and to do so at the top of your voice—than with something offbeat in a measured way, no matter how expertly crafted. Better to throw your fastball on every pitch and save the changeup for your memoirs.

I also look at the workload of sportswriters today and am reminded of something my father said when he saw me writing on my first computer. Dad, who grew up in Chicago during the Depression, learned electronics in the Navy, and never had an electrician in the house. Or a plumber, carpenter, television repairman, or workman of any other kind, for that matter. When something needed fixing, he figured out a way to do it himself. Trial and error was his method and he was confident that no inanimate object could defeat him if he stayed at it long enough.

But the minute he saw the glowing screen and the tappety-tap plastic keyboard that were my new tools, he said, “I’m glad I missed this,” and turned and walked out of the room.

That’s how I feel when I see sportswriters today blogging before games, tweeting during them and podcasting after them. When do they have time to think? I wonder, let alone write something they can be proud of the next day. It’s a mystery to me and I’m glad I missed it.

But this is not meant to be a lament for what has been lost. Let the one hundred columns by the fifty-nine writers in this book, some of which appear in a somewhat different format and under different headlines than when they were written—and a few for which I can’t determine the exact date they appeared—serve as a celebration of the sportswriters who worked for Chicago newspapers for more than a century and as an invitation, however wary, to those who will join them.

And let one more story from Fullerton, this one about his first opening day covering the Cubs, stand as an example of why many of us who became sportswriters love it so.

“The team was opening the season in Louisville,” Fullerton wrote, “and in those days a street parade was always the feature. The Chicago reporters had an open hack and a place in the procession. A small round table was carried out from the bar of the Louisville Hotel, a dozen mint juleps placed upon it, and we joined the parade, being cheered along the entire line of march. The Courier-Journal the next day said, ‘Carriage Number 6—Chicago reporters and mint juleps.’”

Reprinted with permission from From Black Sox to Three-Peats: A Century of Chicago’s Best Sportswriting from the “Tribune,” “Sun-Times,” and Other Newspapers, edited by Ron Rapoport, © 2013 The University of Chicago. All rights reserved. 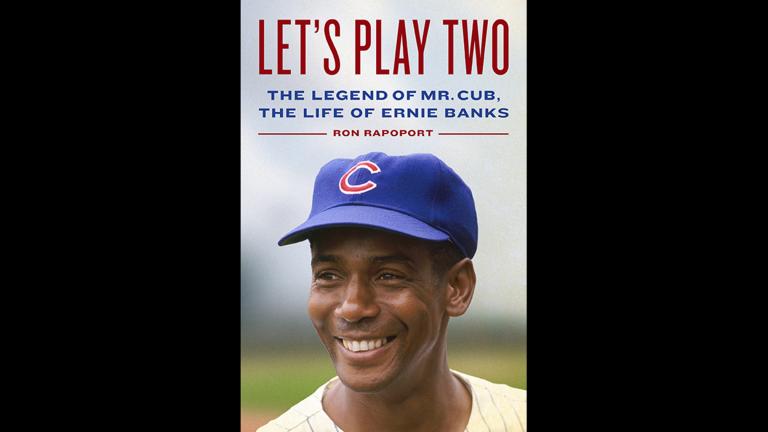