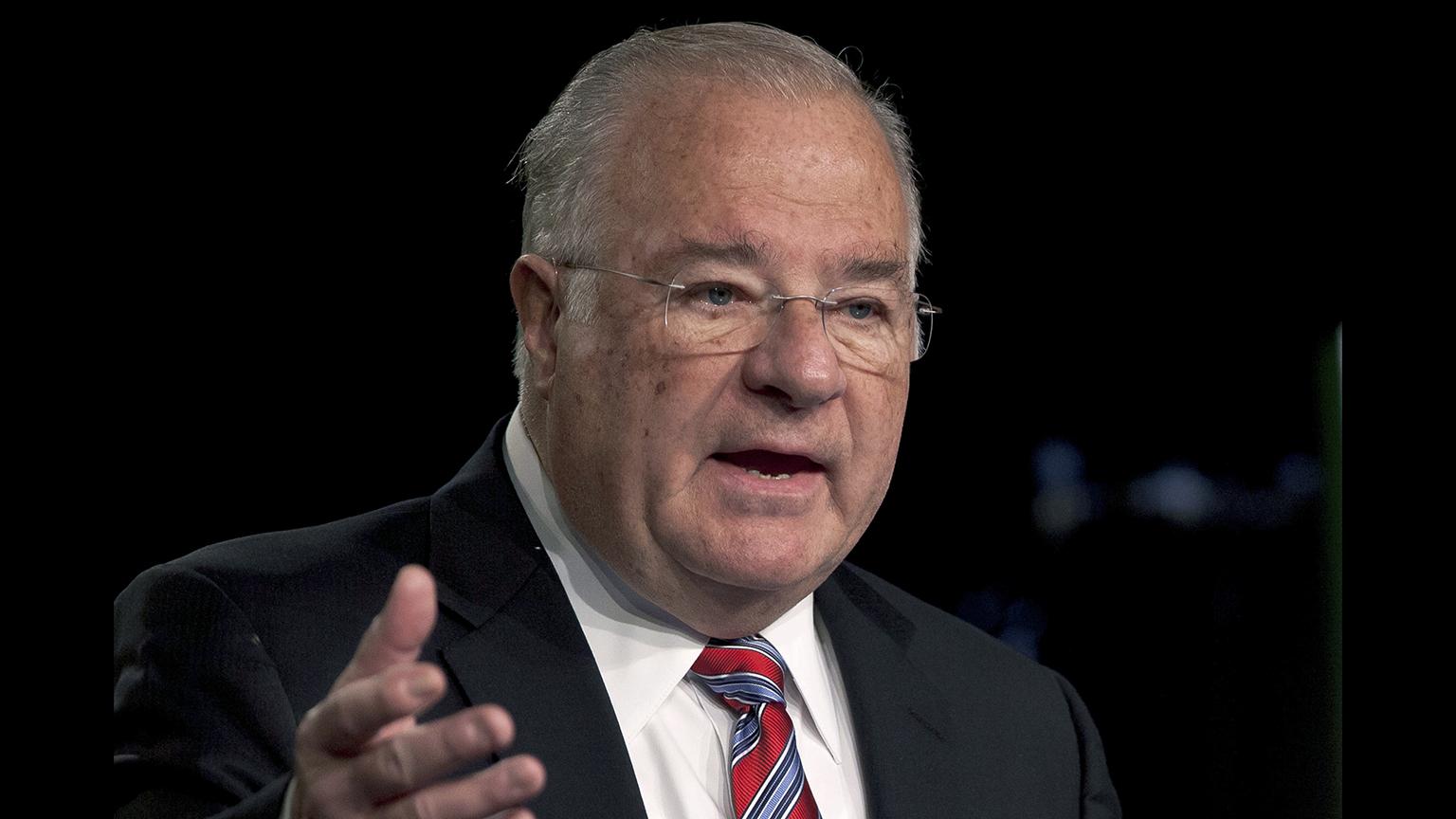 MESA, Ariz. (AP) — Cubs president of baseball operations Theo Epstein criticized emails from the patriarch of the family that owns the team and said Addison Russell won’t play for Chicago again unless he meets the team’s high expectations while completing his domestic violence suspension.

Splinter News published emails last week that included Joe Ricketts making Islamophobic comments, such as “Islam is a cult and not a religion.” Others included conspiracies about former President Barack Obama's birthplace and education.

Ricketts, who founded TD Ameritrade, apologized for the emails. Cubs Chairman Tom Ricketts last week said in statement that his father's emails don't reflect the values of the Cubs.

“The emails were upsetting to read, and especially upsetting to think that some of our fans were put into a position where they had to consider their favorite team and some of those types of views,” Epstein said Tuesday ahead of the start of spring training.

Epstein said the emails were filled with “ugly, disgusting views.”

“When you play baseball and work in baseball, you are forced to understand and respect everyone’s different backgrounds. It's been such a force of good to develop empathy,” Epstein said. “If you want to win in baseball, you have to embrace diversity fully, and being around people with different backgrounds has to help you understand people or you won’t last long in this game.”

Russell accepted a 40-game suspension last year for violating Major League Baseball’s domestic violence policy after a series of allegations made by his ex-wife. He will be eligible to return in early May, barring postponements.

“I stayed in good contact with Addison,” Epstein said. “Addison is well aware that he has been given a conditional second chance by this organization. There are a lot of standards we are going to hold him to. He has to continue to put the work in to be a better person, a better citizen, better teammate, better member of society, better father.

“The good news is he has really taken things to heart, and has put a significant amount of work in. He has fully and enthusiastically complied (with) what Major League Baseball has put in front of him. We will continue to hold Addison to an incredibly high standard, or he won’t play a regular season game as a Chicago Cub ever again.”

Russell took batting practice and played catch on one of the back fields. He has a non-guaranteed one-year contract for $3.4 million.

Cubs employees have participated in a training program to increase awareness of domestic violence. Epstein said there’s no guarantee it will never happen again in the Cubs organization.

“You can still take every step necessary to ensure this is the safest possible workplace,” Epstein said. “Outside of these walls we’ve engaged with a number of groups that do tremendous work with domestic violence. ... We took our pledge to become a small part of the solution very seriously, knowing this took place on our watch.”

After winning the 2016 World Series for their first title since 1908, the Cubs lost to the Los Angeles Dodgers in the 2017 NL Championship Series and to Colorado in last year’s NL wild-card game.

Cubs manager Joe Maddon said his slogan for this year is: “Own it now.”

“We did not like the way the season ended,” Maddon said. “When you have the extra month, you get more determined to get back and prove yourself again. I’ve had a lot of conversations with the players and we want to make a statement this year. The goal every year is to play the last of the game of the year and win it. That’s no different this year. ... In order to get to that point, we have to own each moment.”