New Book ‘Art of Logic’ a Guide to Having Better Arguments

The holidays are a great time for getting together with friends and family – and for many, that can also mean getting into heated, emotional and just plain illogical arguments over the holiday table. But mathematician and author Eugenia Cheng says it doesn’t have to be that way.

In her new book “The Art of Logic in an Illogical World,” Cheng explains how applying principles of logic to debates can get to the heart of thorny issues, illuminate truth, and yes, maybe even make progress with grumpy uncles. Cheng says her goal is “to show that abstract mathematical reasoning can help us have better, less divisive arguments about social and political issues.

“I want to help us all in our arguments about urgent current issues, and in the process show that abstract mathematics is not just about numbers and equations, but is a framework for having clear arguments and thus is helpful and relevant for everyone,” she says. “People often say, ‘I can’t understand why somebody would believe that’ or, ‘I can’t understand why somebody would vote like that,’ but using abstraction and logic I find that I always can understand – and this is not the same as agreeing with or endorsing it.”

Cheng also says that in writing the book, she’s had to re-examine and re-evaluate her own arguing style. “I have realized that I used to go into arguments trying to prove my point, but that it’s much more productive to go in and try to understand the other person’s point,” she says. “I’ve realized that trying to prove your point using logic rarely works if you don’t understand the other person’s point of view and accept its logic, and moreover, that everyone trying to prove their own point is one of the things that is driving arguments to further and further extremes.

“I have re-examined my beliefs about people who I seem to disagree with, finding more and more ways to see that we don’t completely disagree, but that we’re just in different places on a grey area and that most things are a matter of scale rather than black and white differences,” she said. 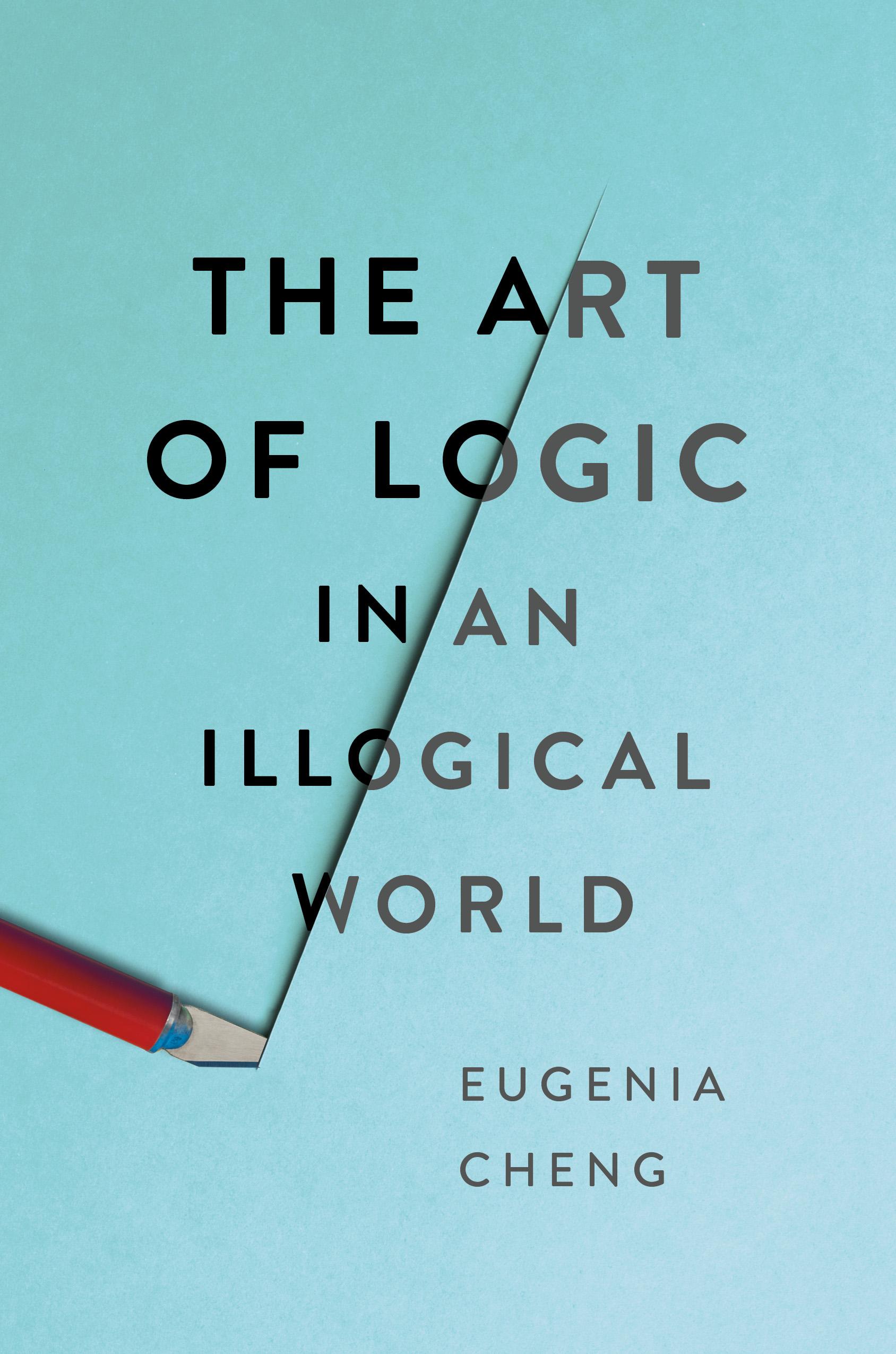 In that situation the key would be to change someone’s mind about that core principle rather than anything else. False positives and false negatives turn out to be at the heart of many other disagreements. So in this case not only does the abstraction clarify the argument, but helps us make a connection with other arguments too.

For example, a much shared motivational mantra for life is that you’re “less likely to regret doing something and failing than not doing it and never knowing”. This is supposed to encourage us that it’s better to do things we perhaps shouldn’t have done (false positive) than not do something we should have done (false negative). In fact, I rather like the line of the prayer that laments “We have left undone those things we ought to have done and we have done those things we ought not to have done”: both false negatives and false positives.

This approach also helps me deal with jetlag: I have learned that I am better at staying awake when I’m tired (false positive) than going to sleep when I’m wide awake (false negative). Thus a better strategy for me to deal with jetlag is to undersleep in advance, knowing that when I arrive I can stay up when necessary and then be so tired at night time that I’m bound to fall asleep. Whereas some people are not so good at the false positive, so it’s better to be well slept in advance, and then sleep even more upon arrival. The logical implications are these:

It might seem surprising that dealing with jetlag could have anything in common with an argument about social services, but this is one of the powerful aspects of abstraction, when it makes connections between apparently unrelated situations and thus makes more efficient use of our limited brain power.

‘This Book is Not for Everyone’: Camille Paglia Talks ‘Provocations’