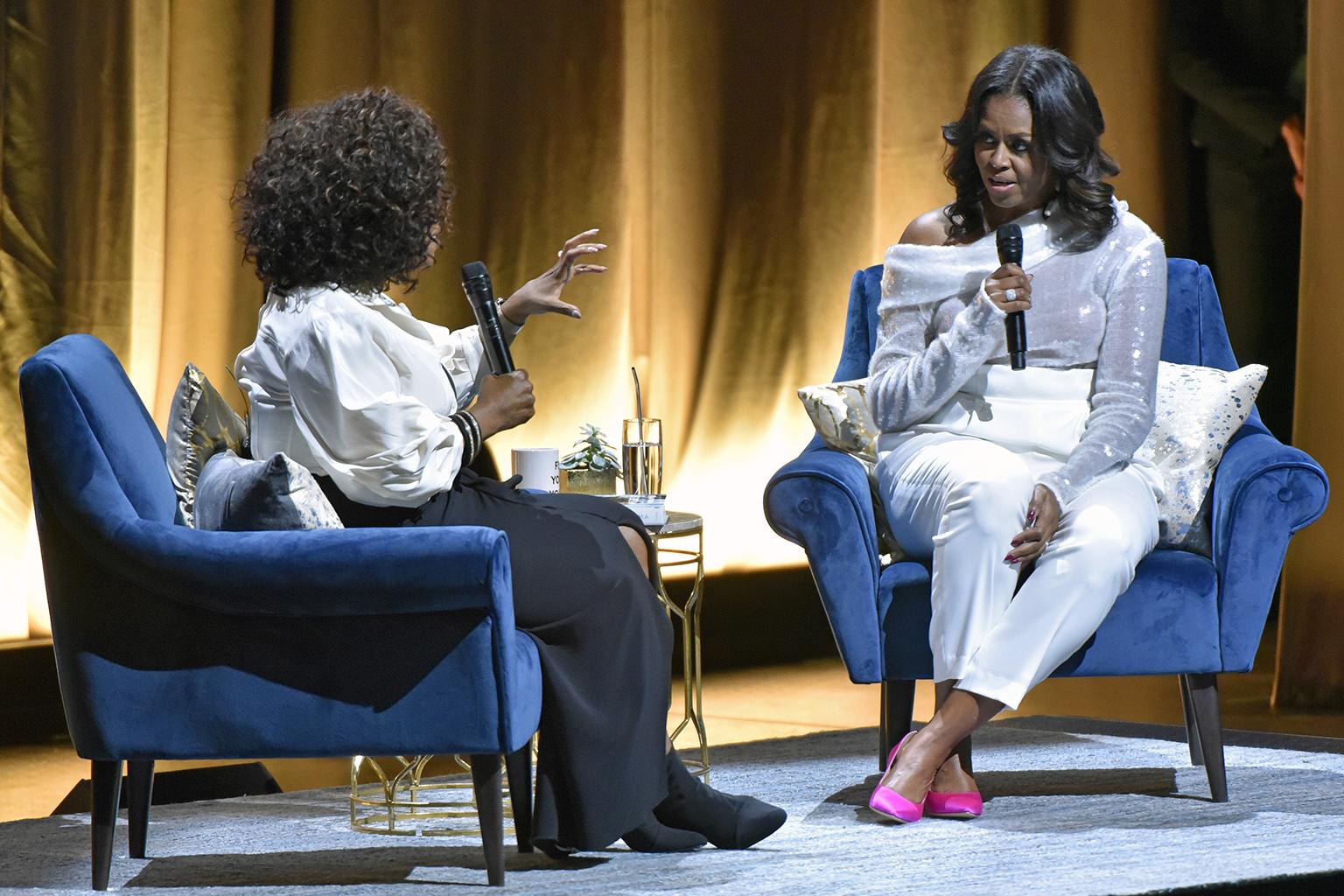 Michelle Obama, right, discusses her new book with Oprah Winfrey during an intimate conversation to promote “Becoming” at the United Center on Tuesday, Nov. 13, 2018. (Photo by Rob Grabowski / Invision / AP)

Oprah Winfrey joined Obama on Tuesday night at the United Center, home of the Chicago Bulls and Blackhawks, as she begins the tour touting the already best-selling “Becoming.”

Here’s what to know about the tome and the tour:

WHAT’S IN THE BOOK?

“Becoming,” which officially came out Tuesday, describes Obama’s upbringing on Chicago’s South Side, as well as her time at Whitney Young and Princeton University. She writes about straddling economic and social worlds as a child and young adult.

But befitting its title, it takes readers on her journey of becoming a lawyer, wife of former President Barack Obama, mother of two girls, and, ultimately, her eight years in the White House. 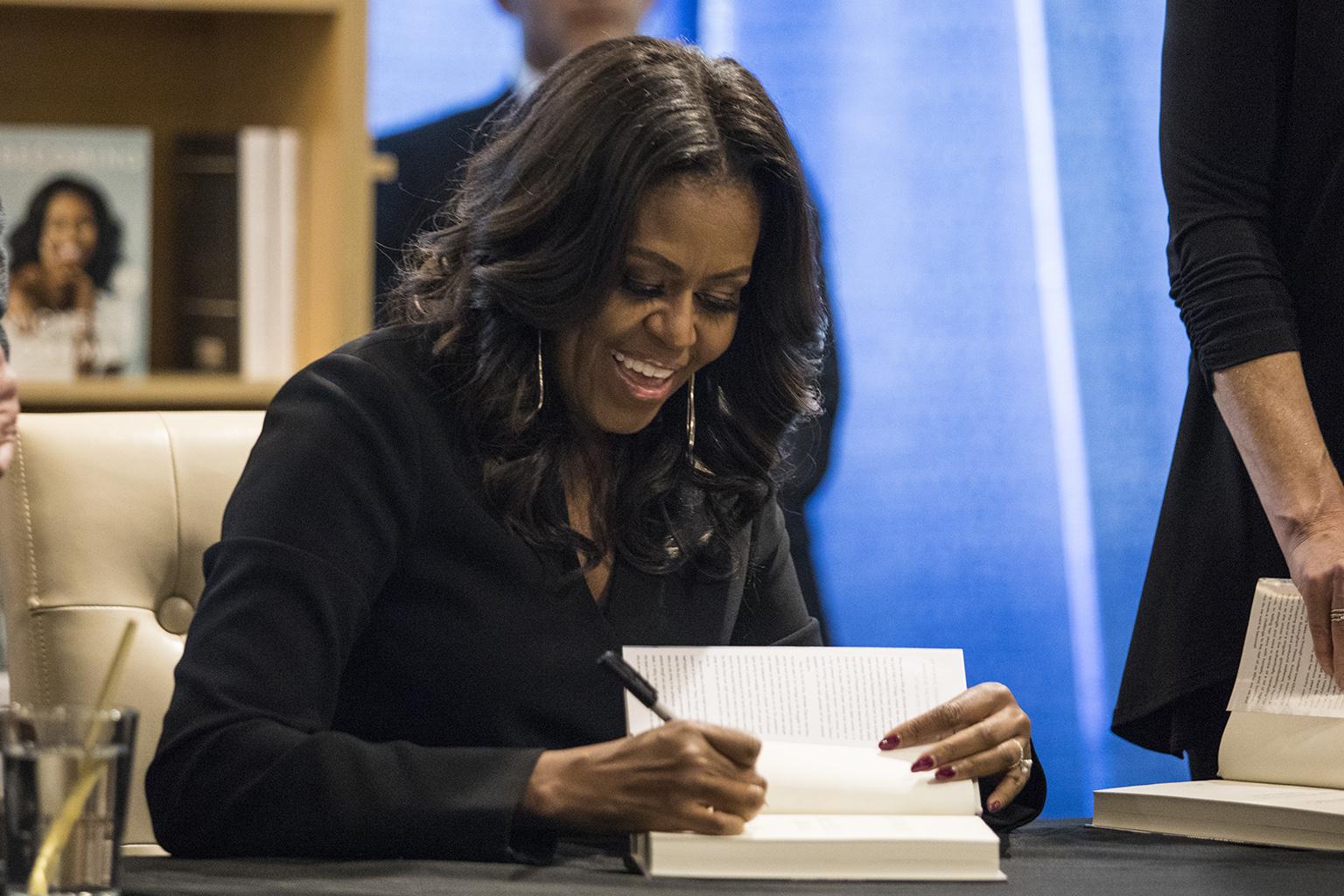 Obama shares such deeply personal revelations about racism as well as having a miscarriage. She sharply criticizes President Donald Trump for promoting the false “birther” rumor that her husband was not a U.S. citizen.

As for Trump, Obama writes that his “loud and reckless innuendos” stirred people up and put “my family’s safety at risk.”

Trump said Obama “got paid a lot of money to write a book and they always insisted you come up with (something) controversial.” The current president said that he’d never forgive his predecessor for making the country “very unsafe.”

In short, it’s among the most-anticipated political memoirs in years, topping Amazon.com’s best-seller list throughout the weekend. On Monday, Barnes & Noble announced that pre-orders for “Becoming” were the highest for any adult book since Harper Lee’s “Go Set a Watchman,” which came out in 2015. It’s expected to sell millions of copies.

Tens of thousands of people purchased tickets to Obama’s United Center appearance — paying from just under $30 to hundreds or even thousands of dollars for VIP packages. 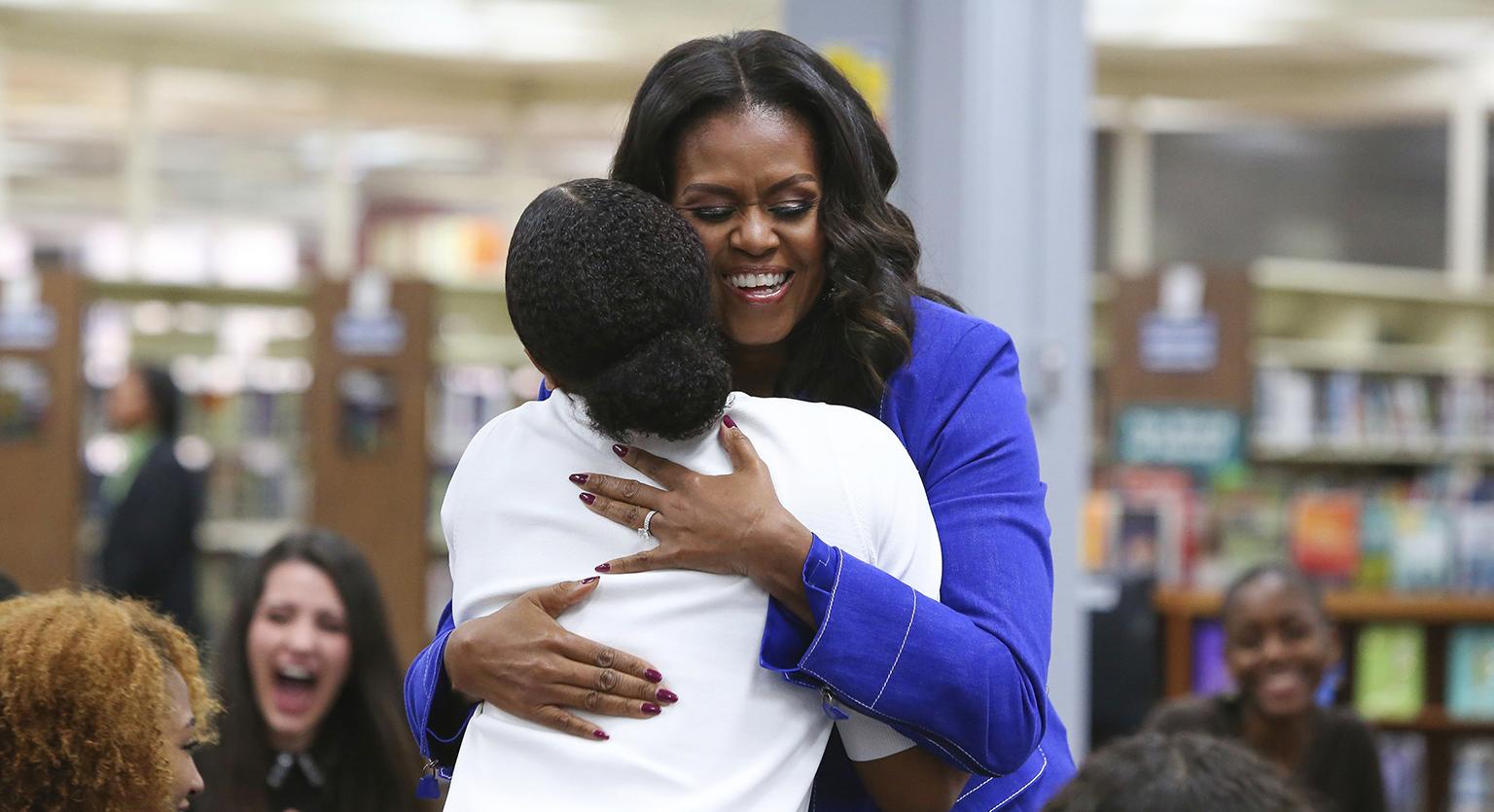 Although some fans have complained about the high cost, 10 percent of tickets at each event are being donated to local charities, schools and community groups.

Obama’s husband will be next with a memoir, which is expected next year. The couple negotiated a multimillion-dollar deal with Crown Publishing Group. The Obamas have said they will donate a “significant portion” of their author proceeds to charity, including the Obama Foundation.

Michelle Obama Memoir is Next Pick for Winfrey Book Club