A rare, polio-like illness that’s striking children and young adults has spiked across 22 states, including northern Illinois, where there are 10 suspected cases, according to the Illinois Department of Public Health.

Health officials stress that acute flaccid myelitis, or AFM, is rare, with less than one in a million people in the U.S. diagnosed annually, according to the U.S. Centers for Disease Control and Prevention.

Federal health officials says there are 127 suspected cases and 62 confirmed cases so far this year. Since 2014, when it was first tracked, there have been 386 confirmed cases of AFM.

The illness has been compared to polio because paralysis is a possible side effect. “The patients’ symptoms have been most similar to complications of infection with certain viruses, including poliovirus, non-polio enteroviruses, adenoviruses, and West Nile virus,” the CDC says.

Symptoms of AFM can include facial drooping or weakness, drooping eyelids, difficulty swallowing or slurred speech because the illness affects the nervous system. “Most patients will have sudden onset of limb weakness and loss of muscle tone and reflexes,” the IDPH notes.

Underlying causes of the illness are not known, according to the IDPH. “Anyone can get AFM or neurologic conditions like it,” the department states. “There are different possible causes, such as viruses, toxins, and genetic disorders.”

Enteroviruses usually only cause mild and common illnesses. But there are exceptions. “They can also cause neurologic illness, such as meningitis, encephalitis, and AFM, but these are rare,” the CDC states.

Medical experts believe that AFM isn’t contagious, but the underlying virus can be. Not everybody who is hit with a particular virus will develop AFM.

The Illinois Department of Public Health is working with the CDC to confirm suspected cases. “We will await their testing to determine if the cases can be classified as AFM,” said IDPH Director Dr. Nirav Shah. “In addition, we are working with health care providers to ensure that they have information on how to identify AFM and notify IDPH. We are also raising awareness about this condition so parents themselves can be on the lookout for it.” 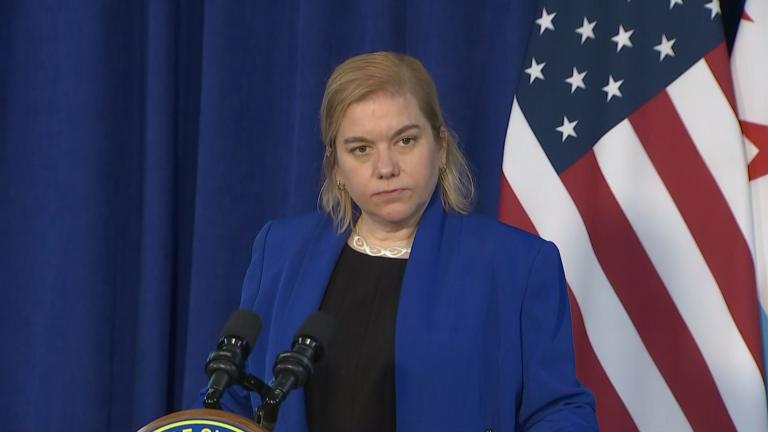