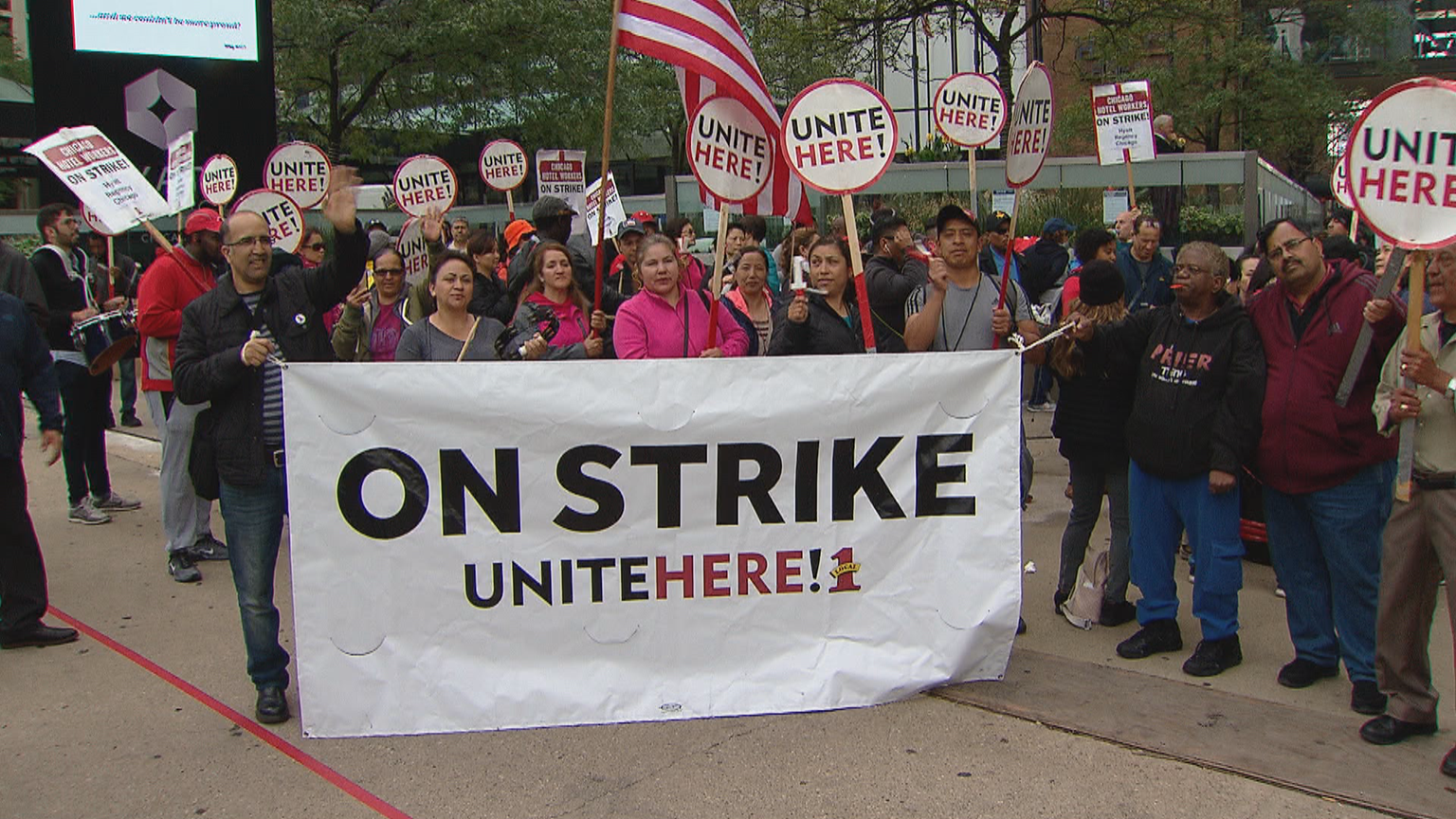 Hotel workers strike in front of the Hyatt Regency Chicago on Monday, Oct. 1, 2018.

Workers began their strike nearly a month ago and will return to work at 24 hotels after reaching an agreement with the Crowne Plaza Hotel and Hampton Inn/Homewood Suites Magnificent Mile Friday.

On Thursday, a handful of hotels, including three Hyatt-operated hotels, reached an agreement with the hospitality workers.

“After four weeks on strike, I’m proud to have a contract that guarantees health care in the wintertime. The workers of the hotels still on strike deserve the same,” said Demetrius Jackson, who works in convention services at the Hyatt Regency Chicago, in a statement Thursday.

Workers had been striking around the clock at more than two dozen Chicago hotels following the expiration of their contract. The strike persists at the Cambria Magnificent Mile and Kinzie Hotel.

The new collective bargaining agreements have wintertime health care and cover about 5,500 hotel workers, according to the union representing the hospitality workers.