As a touring band, the Beatles visited Chicago three times in the 1960s to play at two South Side venues that no longer exist: the International Amphitheatre (1964 and 1966) and Comiskey Park (1965).

But in a way, the Fab Four have been in the Chicago area for decades.

The library refers to the collection as the Beatles Manuscripts – they comprise handwritten lyric sheets for seven songs the Beatles released in 1965 and 1966.

Specifically, the library holds the original lyric sheets for six songs from the 1966 album “Revolver”: “Eleanor Rigby,” “I’m Only Sleeping,” “Yellow Submarine,” “Good Day Sunshine,” “And Your Bird Can Sing” and “For No One” as well as the lyrics for “The Word” from 1965’s “Rubber Soul.” 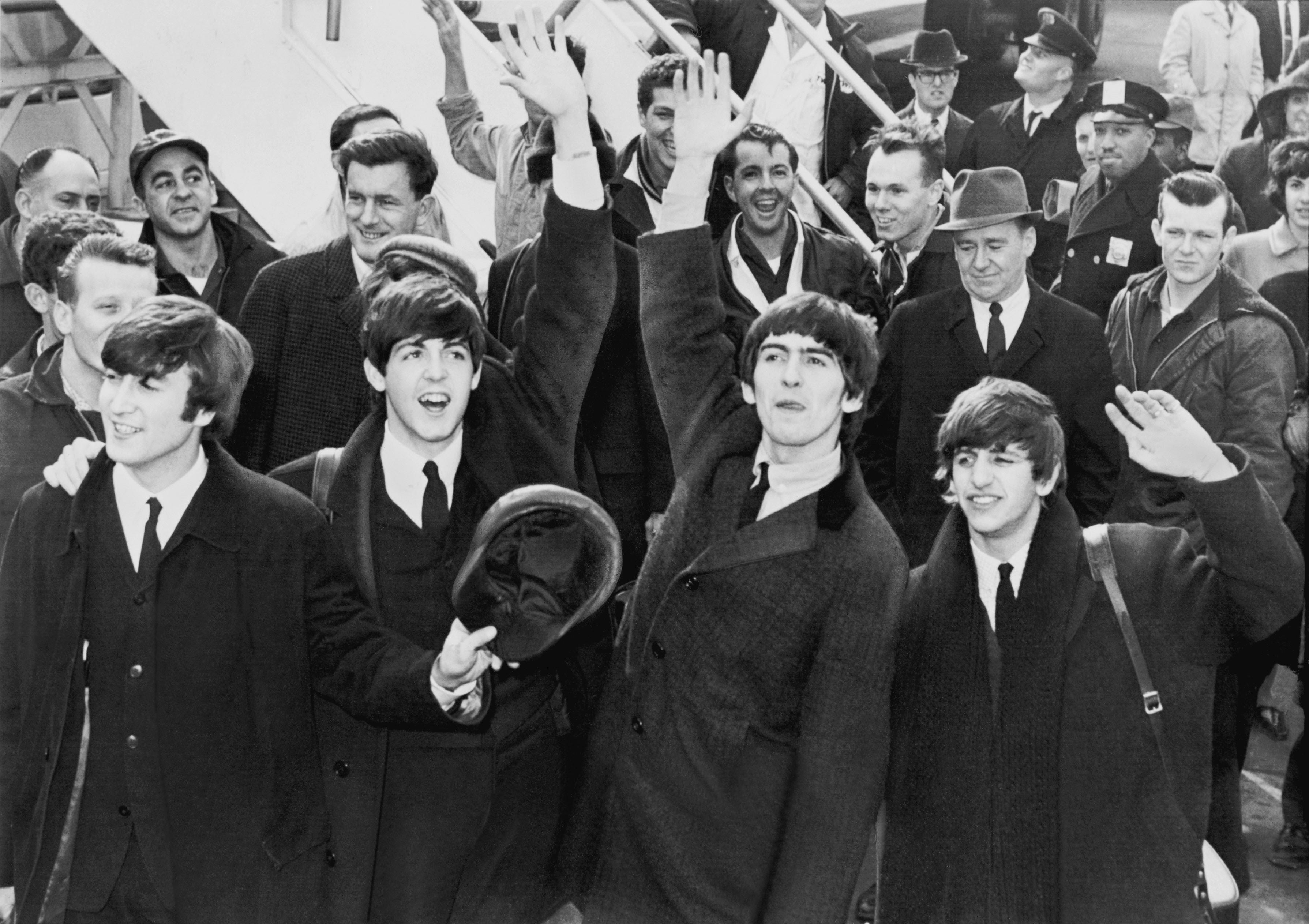 The Beatles wave to fans after arriving at Kennedy Airport in February 1964.

Northwestern is one of only two libraries in the world to hold handwritten Beatles lyrics – the other is the British Library, the United Kingdom’s official library.

“There are a lot of lyric sheets like this out there, but they’re held in private hands,” said Greg MacAyeal, the music library’s curator.

Northwestern was gifted the manuscripts in 1973 by American composer John Cage, who obtained them from Yoko Ono in the mid-1960s for a project amassing hundreds of manuscripts of 20th century composers.

The lyric sheets include factoids some Beatles fans may not already know. For example, McCartney originally titled his “For No One” composition as “Why Did It Die?” when he scrawled its lyrics onto a manila folder; and the Lennon-penned tune “And Your Bird Can Sing” was first known by a different name: “You Don’t Get Me.”

Beatles historian and author Robert Rodriguez said the manuscripts illustrate how the Beatles songs evolved while the band itself was transforming from a touring act of pop stars to sophisticated songwriters in the studio.

“They have a lot of significance in that they do offer a little bit of insight into the creative process that they were working with at that time,” Rodriguez said. “The period of late 1965 through 1966, that’s when you really see the Beatles start thinking of themselves beyond being this touring band going out and playing hits on the road.

“Come ‘Revolver’ in April of ’66, which is where most of these songs are from, they basically are throwing away the rulebook on everything they know about how to make records,” Rodriguez added.

The Beatles Manuscripts rarely leave the secured, locked and guarded location they’re kept in, but Northwestern’s music library does have a permanent exhibit of high-quality facsimiles for the public to view.

MacAyeal estimated the Beatles Manuscripts are altogether worth between $7 million and $15 million based on previous auction sales.