What to Make of the NFL’s New Kneeling Policy

The decision on kneeling during the national anthem announced Wednesday by NFL Commissioner Roger Goodell has elicited a wide range of impassioned responses.

The new policy came after a meeting Wednesday with the 32 franchise owners and the league, though an official vote among owners did not take place, according to reports.

The NFL Players Association said it was not consulted before the policy was announced.

Among other items, the policy states that players cannot protest on the sidelines during the national anthem or the team will face fines. But players can stay in the locker room during the anthem.

1. All teams and league personnel on the field shall stand and show respect for the flag and anthem.

2. The game operations manual will be revised to remove the requirement that all players be on the field for the anthem.

3. Personnel who choose not to stand for the anthem may stay in the locker room or in a similar location off the field until after the anthem has been performed.

4. A club will be fined by the league if its personnel are on the field and do not stand show respect for the flag and the anthem.

5. Each club may develop its own work rules, consistent with the above principles regarding its personnel who don’t stand and show respect for the flag and anthem.

6. The commissioner will impose appropriate discipline on league personnel who do not stand and show respect for the flag and anthem.

Goodell said he believes the policy is a good one. 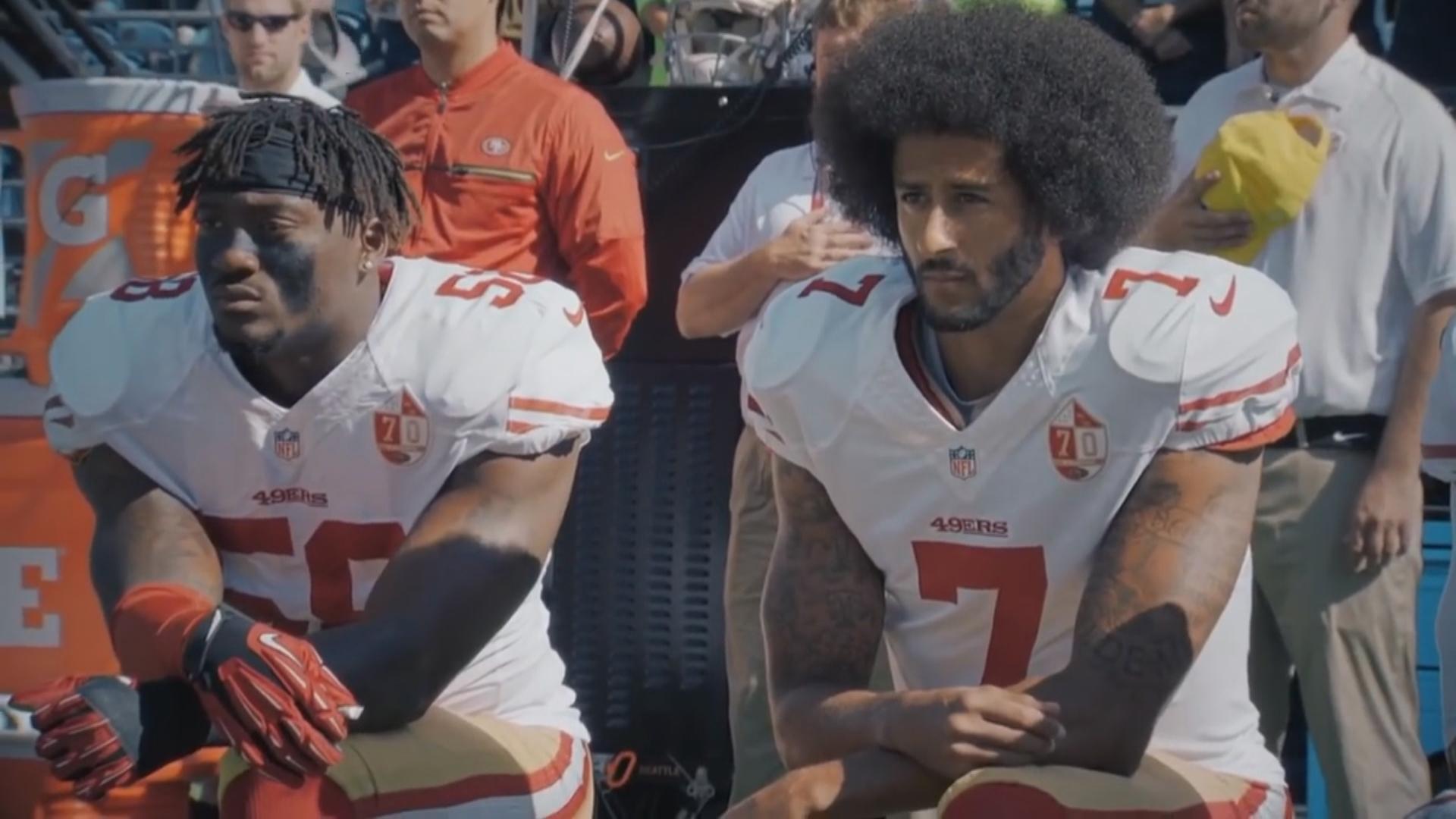 The policy stems from actions that started two seasons ago by former San Francisco 49ers quarterback Colin Kaepernick, who knelt during the anthem to protest what he said was racial injustice in the U.S.

“Well I think that’s good,” Trump said. “I don’t think people should be staying in locker rooms. But still I think it’s good you have to stand proudly for the national anthem. I think the people pushed it forward. This country’s very smart, we have very smart people. And you know that’s something ideally could’ve been taken care of when it first started. It would have been a lot easier. But if they did that they’re doing the right thing.”

Trump triggered the debate when he said the following at a campaign rally in September 2017: “Wouldn’t you love to see one of these NFL owners, when somebody disrespects our flag, to say, ‘Get that son of a b**** off the field right now, out, he’s fired.’”

Joining us with their thoughts on the NFL change of policy:

Exavier Pope, a legal contributor to the sports news website, The Athletic and host of SuitUP Podcast.

Nicholas Pearce, a clinical associate professor of management and organizations at Northwestern’s Kellogg School of Management. He is also an assistant pastor at the Apostolic Church of God in Chicago.

Charles Douglas Love, author of “Logic: The Truth About Blacks and the Republican Party and Why They Need to Work Together to Improve the Party, the Black Community and the Country.”