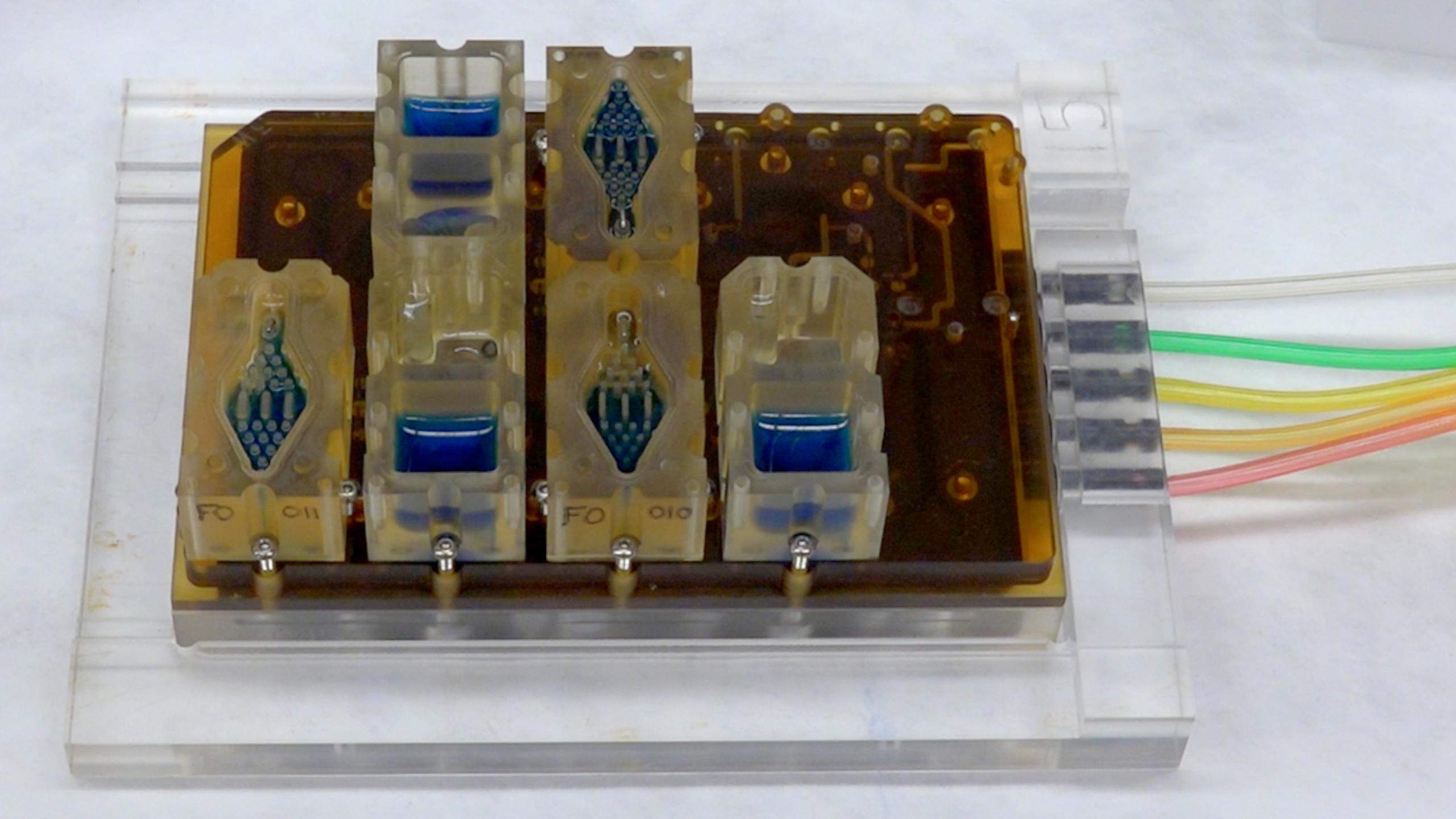 EVATAR is a female reproductive tract that fits in the palm of one’s hand. (Courtesy of Northwestern Medicine)

Polycystic ovary syndrome (PCOS) affects about 10 million women worldwide, yet little is known about the cause of the disease, which can lead to a host of complications including infertility and Type 2 diabetes.

Researchers from Northwestern University and the University of Illinois at Chicago are hoping to change that with the help of a miniature female reproductive system.

The system they created, named EVATAR, is small enough to fit in the palm of your hand. It’s part of a larger National Institutes of Health initiative to develop 3-D chips, or “tissue chips,” with living cells and tissues that can accurately model human organs with the goal of helping to predict drug safety.

“The process of finding new drugs and understanding disease is often done with model systems because testing on humans can be a bad idea,” said UIC professor Joanna Burdette, who helped develop EVATAR. “The problem, though, is some of the model systems, like rodent model systems, haven’t accurately predicted human biology or side effects from drugs.”

EVATAR contains 3-D models of ovaries, fallopian tubes and other female reproductive organs made with human tissue in a series of interconnecting cubes.

“Fluid can dynamically flow between all of these individual different compartments just like each of our organs do, as if blood was carrying factors between different organs,” said Teresa Woodruff, director of the Women’s Health Research Institute at Northwestern University.

“This is the first time we’ve been able to model the entire reproductive profile, and that profile of menstrual cycle hormones now allows us to connect those dynamic hormones to downstream tissues, like fallopian tubes, uterus, cervix and liver. That integration now allows us to better understand the reproductive tract itself, which we don’t have good models for.”

In the video below, learn more about how the EVATAR system works.

With EVATAR, researchers are able to model normal reproductive functions. “Now, we want to look at disease,” said Burdette. Thanks to a four-year $5.9 million NIH grant, researchers will mimic polycystic ovary syndrome using the EVATAR system.

“PCOS represented a disease that affects a lot of women. ... About 20 percent or 1 in 5 women of reproductive age have some type of the multifaceted disease and it affects fertility, the metabolic system – things like obesity, Type 2 diabetes and cardiovascular disease,” Burdette said. “[PCOS] is very complex in terms of the organs that it forms in and contributes to problems in, and we really don’t have the greatest solution for that.”

Learning how PCOS affects each of the different organs in the reproductive system can help in the development of drugs to treat the disease.

“The last year of this grant proposal is to look at new drugs being developed by AstraZeneca to see if we can model what they’re doing in animal models and humans, and see if we can model those outcomes in the PCOS model,” Woodruff said. “If we can, not only would tissue chip be good for fundamental biology but it’d also be important for disease models.”

In addition to learning which drugs could be used for treatment, using the EVATAR system would allow researchers to study the side effects caused by drugs. “It’s difficult to predict side effects in nonhuman models,” Burdette said. The way drugs are metabolized are very “species specific.”

Ultimately, the goal of the technology is to move toward personalized medicine.

“Imagine being able to understand how a drug works with your particular biology,” Woodruff said. “If I had your stem cells and created a heart, liver, lung and ovary, I could test 10 different drugs at 10 different doses on you and say, ‘Here’s the drug that will help your Alzheimer’s or Parkinson’s or diabetes.’

“We’re on our way to more personalized medicine or tailored medicine for each individual.” 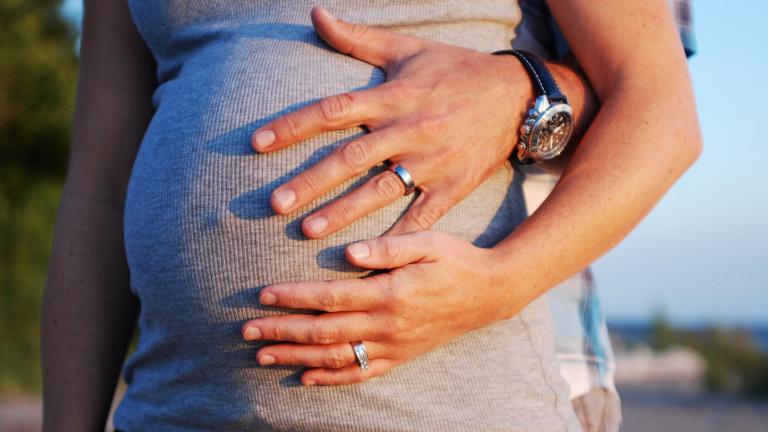 July 18: With one in 10 women reporting drinking during pregnancy and no cure for the disorder, researchers are hopeful two treatments that reversed memory and learning deficits in rats can do the same in humans. 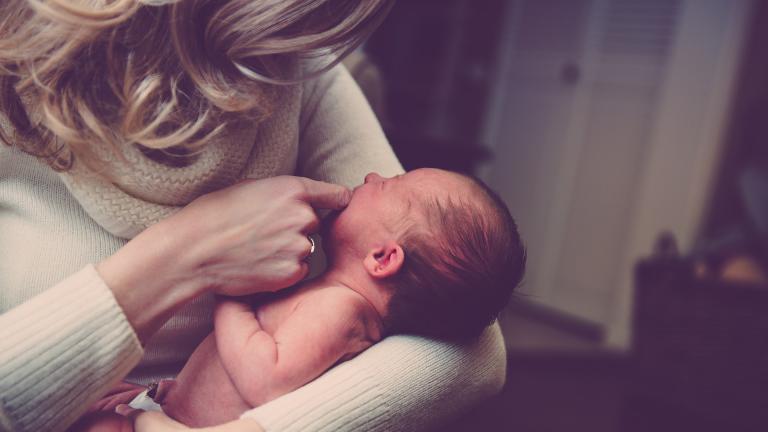 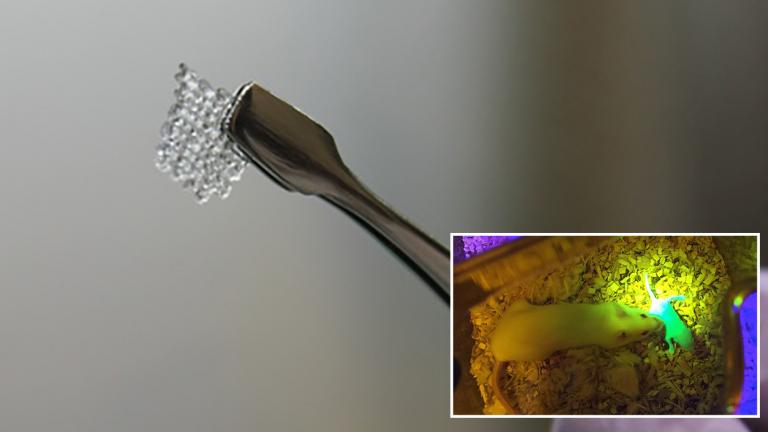 May 16: Infertile mice with 3-D printed ovaries were able to give birth to healthy pups, according to a new study from Northwestern University.