Why don’t hot dogs and ketchup mix in Chicago? Geoffrey Baer is here to take a bite out of that mystery and track the history of Western Dairy.

Why don’t Chicagoans put ketchup on their hot dogs?

The ketchup prohibition is often used as a kind of test of your Chicagoan-ness – you’re not really a Chicagoan if you put ketchup on your hot dog.

Former President Barack Obama has said that once you’re past eight years old, ketchup does not belong on a hot dog.

Vienna Beef executive Bob Schwartz feels so strongly about this that he titled his hot dog history book “Never Put Ketchup on a Hot Dog.” 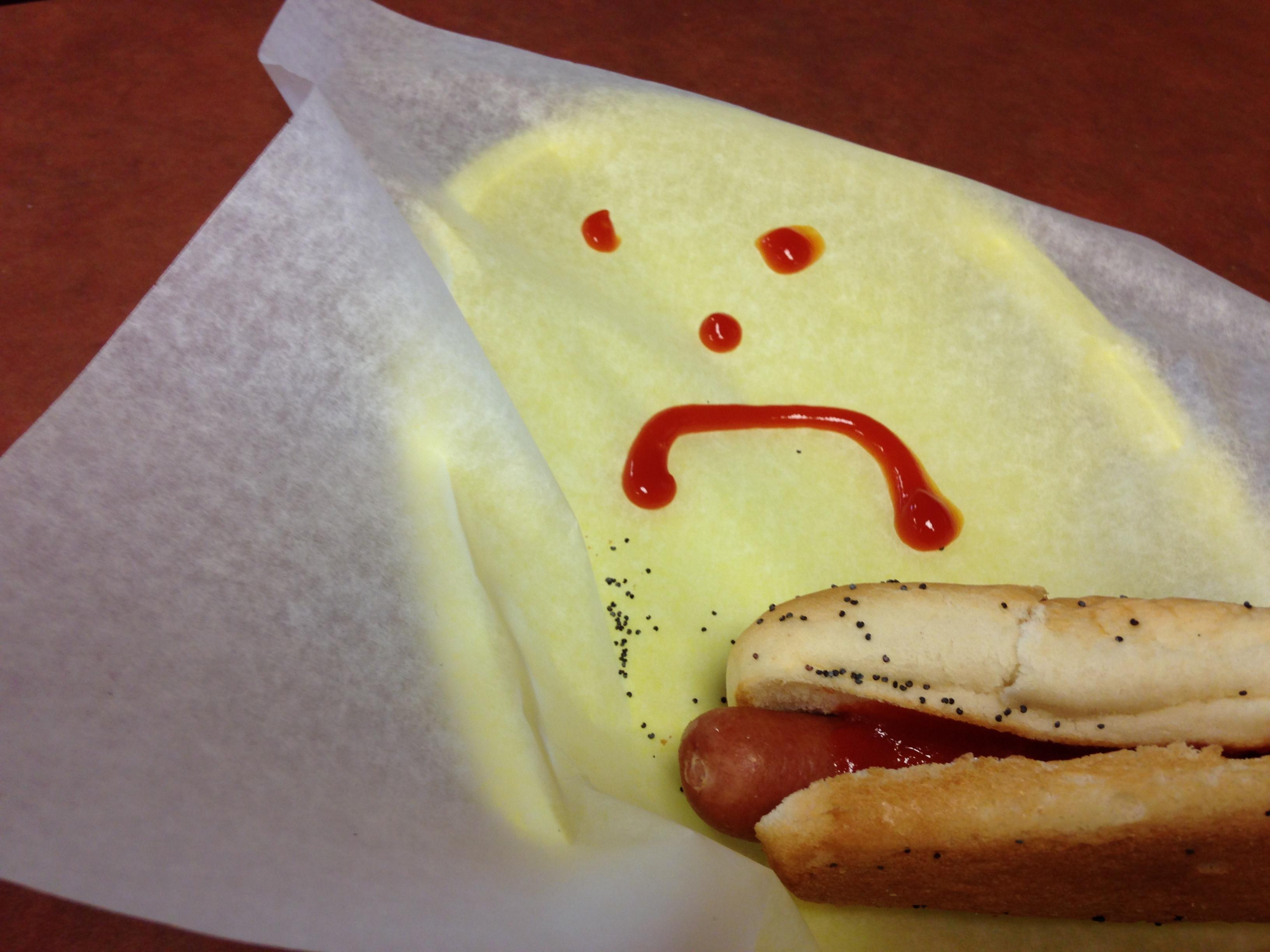 And consummate Chicagoan Mike Royko railed against ketchup on hot dogs in multiple columns, but he defended everyone’s right to do so, saying, “No, I won't condemn anyone for putting ketchup on a hot dog. This is the land of the free. And if someone wants to put ketchup on a hot dog and actually eat the awful thing, that is their right. It is also their right to put mayo or chocolate syrup or toenail clippings or cat hair on a hot dog. Sure, it would be disgusting and perverted, and they would be shaming themselves and their loved ones. But under our system of government, it is their right to be barbarians.”

All that aside, there’s really no definitive or historical reason Chicagoans eschew ketchup, though there are a lot of theories.

Many people will tell you it’s because the sweetness in ketchup smothers the flavor of a good hot dog, but that would be true whether you were in Chicago or not.

Another theory goes that in the early days of baseball, hot dog vendors only offered mustard because sweet ketchup attracted flies – but obviously, that would happen at ballparks other than Wrigley Field or Comiskey Park.

Jimmy Faruggia, who opened Jimmy’s Red Hots in 1954 on the west side, believed ketchup was used to cover up the rotten taste of spoiled meat. He maintained his hot dogs were too fresh to be covered up – and Jimmy’s has never offered ketchup since it opened. Like the signs at Jimmy’s say: don’t even ask!

One food writer floated the idea that ketchup is just duplicating the combined taste of the seven toppings already on a Chicago-style hot dog – mustard, sweet relish, onion, tomato, a pickle spear, sport peppers and celery salt. This medley creates a less-sweet version of ketchup flavors – sweet, tangy, savory and a little spicy – making ketchup redundant on a Chicago-style dog.

Northwestern University professor and literary scholar Bill Savage thinks that the Chicago prohibition on ketchup is more about identity than any historical reason, and that’s probably true – but it’s not only Chicago where ketchup on a hot dog is verboten. In fact, no less an authority than D.C.-based National Hot Dog and Sausage Council came out as anti-ketchup in 2014.

In the end, Dirty Harry Callahan probably said best how Chicagoans feel about the despised condiment: “Nobody – I mean nobody – puts ketchup on a hot dog.” 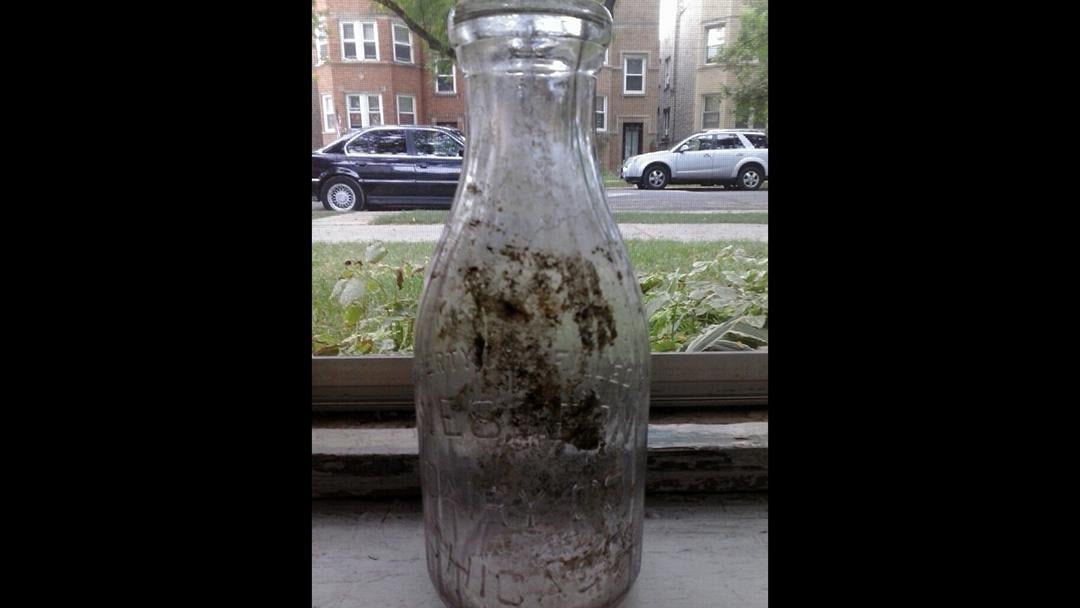 I'm wondering if anyone has heard of Western Dairy Co.  I found an old bottle with the company's name on it in my back yard.

Western Dairy, one of about 150 dairies that served the city into the ‘50s and ‘60s, got its start in 1907. The owner, Harris Dick, was Jewish, and he reportedly felt a special duty to provide safe milk products to the West Side, which then had a large Jewish population. Dick opened a plant in Little Italy in 1914 on what is today Grenshaw and Laflin that was hailed for its sanitary handling of milk products.

Later, Western Dairy was one of many Chicago dairies involved in “milk wars,” in which dairy farmers clashed with distributors over their share of milk prices. Sometimes these conflicts would turn violent, with farmers smashing bottles of milk or even planting bombs and burning bridges to keep milk from being sold to customers. Those conflicts continued well into the ‘60s.

Back before refrigeration became standard in American households, long-term storage of dairy was difficult. They had small ice boxes at best, cooled by real blocks of ice. Dairies also didn’t have the refrigeration needed to store milk for long or transport it very far. Thus consumers bought their dairy products closer to the source. 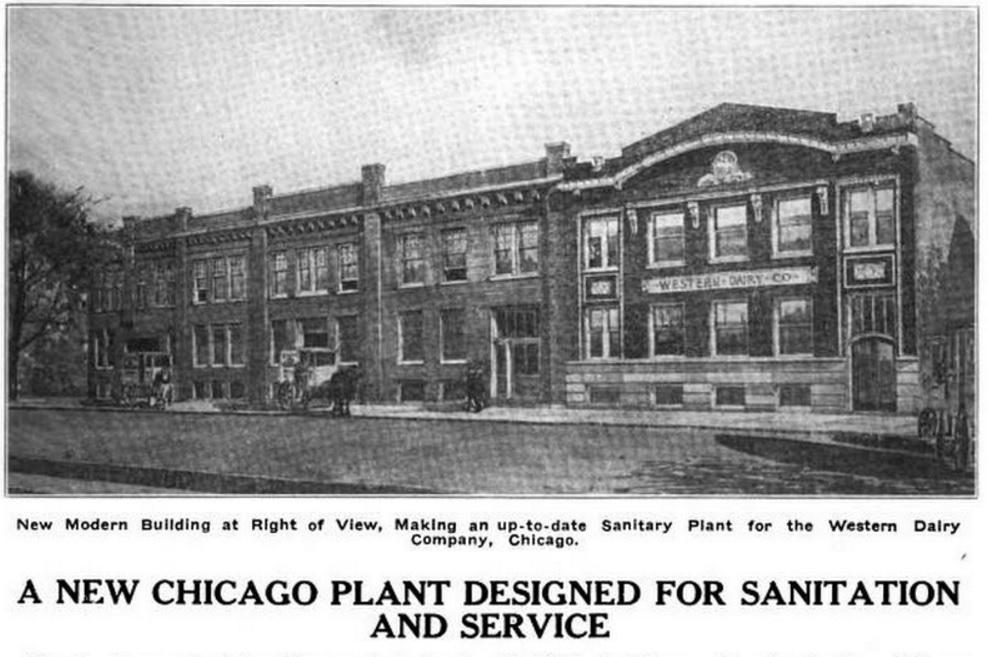 According to a 1910 USDA report, at the turn of the century nearly all the milk Chicagoans consumed came from within 60 miles of the city.

Chicago historian Tim Samuelson says that as technology for storing and transporting milk improved, the neighborhood dairies were edged out or swallowed up by larger dairies with their economies of scale. That was probably the case for Western Dairy, which folded in 1968.

Our viewer Jason found his bottle buried in the gangway between his house and the next, where it was likely just discarded years ago, but another, less pleasant place to find old bottles is privies.

Before indoor plumbing was common, homes had backyard privies, or outhouses – basically large pits dug into the ground.

Lake Forest College anthropology professor Rebecca Graff says that urban archeologists excavate these old privies, which were often also used as trash bins, to learn about the surrounding area’s history. Graff says items like plates, meal bones and bottles found in these old privies can tell a lot about the everyday lives of the people that lived there – their class status, occupation, where they shopped, what products they used, what their diets were like. Items like milk, medicine and liquor bottles help determine the age of a privy, since they’re easily datable. So keep an eye out during your next backyard construction project!